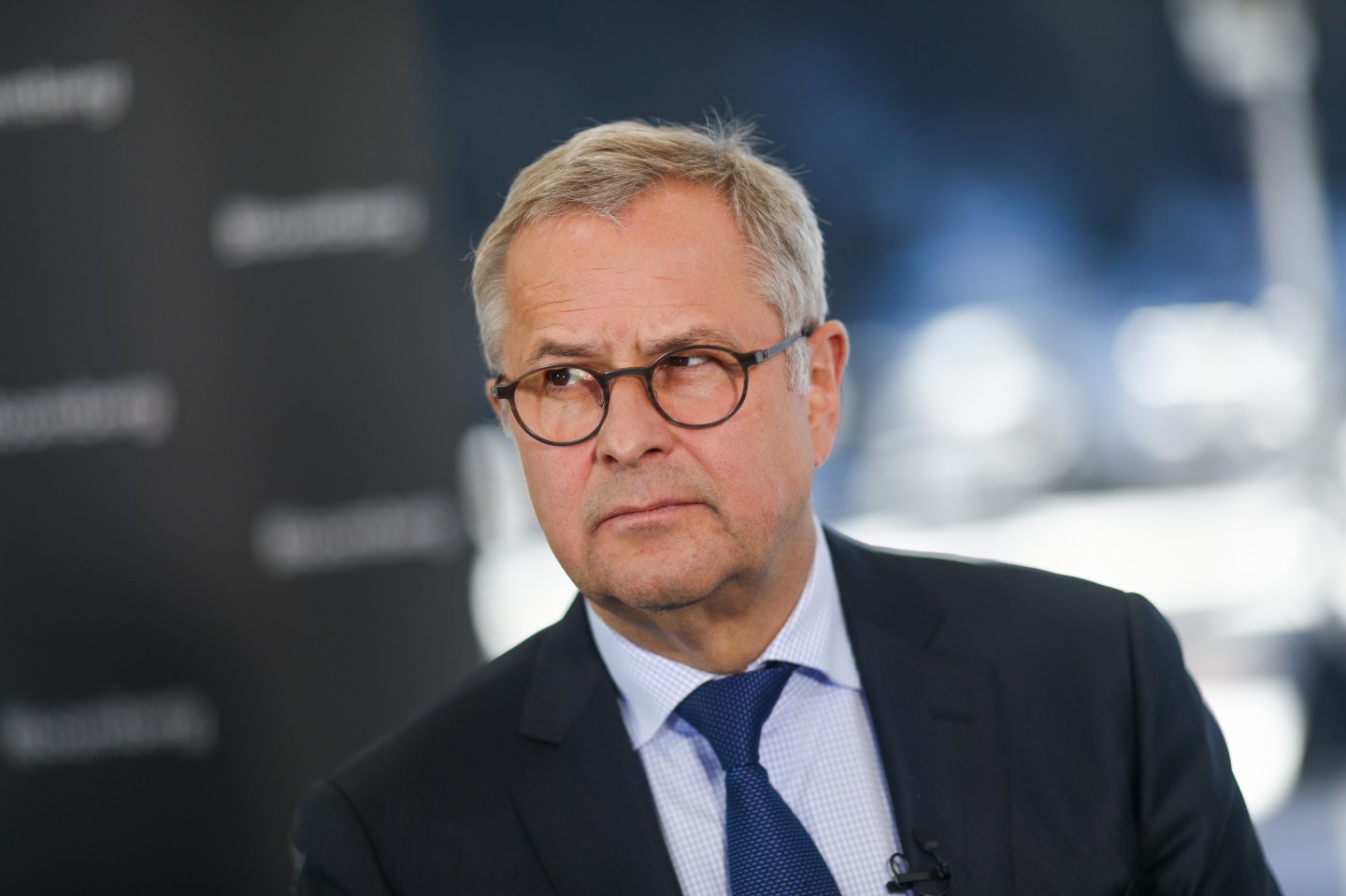 Søren Skou, CEO of the Danish shipping giant Maersk, was our guest on this week’s episode of Leadership Next. The interview is worth listening to if you want to understand how corporate net-zero commitments are having a snowball effect in the real business world. Maersk has invested heavily in the past two years in hydrogen-based clean fuels and has ordered new ships that can run on those fuels—even though the cost is currently far above fossil fuels. Why? Here’s Skou’s response:

“First of all, we have a 20-year time horizon to actually do this. (The company has pledged to be carbon neutral by 2040.) So we don’t have to convert everything to hydrogen-based fuel tomorrow…

“Second, two-thirds of our top 200 customers—and they will be any brand name that you can think of—have themselves set targets to become carbon neutral by 2040 or 2050. And for many of our customers, they don’t actually make anything—like Amazon or Walmart. So when they are setting a target to become carbon neutral, they are actually talking about their supply chain. About us. They also want the costs to come down, but they understand we have to invest now.

“And then the last part is, if you look at the cost in the context of what’s inside the container, frankly, it doesn’t really matter. It’s a pretty small part of the total cost.”

Skou credited the pandemic for changing the way he thinks about his business:

“I’m going to be spending the next couple of years really talking about purpose and values. What the pandemic taught me was the importance of purpose and values, and how much a global organization can achieve if they have a clear understanding of what their purpose is and what their values are.”

You can listen to the full interview on Apple or Spotify. Skou also said it “will be a while before we have normalized congestion” in shipping. So don’t count on that new sofa arriving anytime soon.

Other news below. And by the way, I was wrong about Disney CEO Bob Chapek. His board announced that they are extending his contract for three more years.

Xerox CEO John Visentin has passed away at the age of 59, apparently “due to complications from an ongoing illness.” He had run the printer and copier firm for four years, during which time Xerox tried to take over rival HP. Wall Street Journal

Shares in Germany’s Uniper fell as much as a fifth before partially recovering, as Russia’s natural-gas squeeze starts to seriously affect European energy companies. Uniper is Germany’s biggest buyer of the stuff, and for the past two weeks it’s only been getting 40% of what it ordered. Now it’s withdrawn its annual forecast and pleaded with the government for support. As it cannot currently pass on the additional costs it’s incurring in buying substitutes, Uniper says, “this results in significant financial burdens.” A week ago, Germany’s economy minister warned of a potential “Lehman Brothers effect” in the energy sector; now it must decide what it can do to ward off that threat. Fortune

China, Russia, and the U.S.

The U.S. has blacklisted five Chinese companies and two Chinese research institutes over their alleged support for Russia’s military, effectively blocking them from buying U.S. technology. Commerce Undersecretary Alan Estevez: “Today’s action sends a powerful message to entities and individuals across the globe that if they seek to support Russia, the United States will cut them off as well.” Washington Post

Google has been targeted with more privacy complaints under the EU’s theoretically fearsome but inadequately enforced GDPR. This time the complaints come from consumer groups that say the company employs deceptive design to trick people into accepting the processing of their data for ad-targeting purposes. Other investigations of Google’s alleged GDPR violations are still underway. TechCrunch

The newsletter startup Substack has let go 13 of its 90 employees, largely in HR and writer support. CEO Chris Best reportedly said the decision was taken to allow Substack to run on its existing revenues rather than having to seek new funding in a difficult market. New York Times

In the U.S. and Europe, employers have often found themselves unable to pull all their workers back to the office, but the story is quite different in Asia. Here’s CBRE Asia-Pacific research head Henry Chin: “Compared to the U.S., it’s pretty much back to the office from Japan all the way down to Australia.” Fortune

The Buffett-backed, Musk-mocked electric-car maker BYD is now a hit in China. It’s doing so well that it might just sell batteries to Tesla. On the other hand, its factory emissions are reportedly sickening nearby residents. Fortune

The secretive text messages sent between Pfizer boss Albert Bourla and European Commission President Ursula von der Leyen early in the pandemic aren’t likely to be made public anytime soon. The Commission continues to rebuff a journalistic request—backed by EU ombudsperson Emily O’Reilly—to release the texts. Here’s the journalist, Alexander Fanta, on why that’s bad: “A no-disclosure form of communication will be duly exploited by the likes of fossil fuel lobbyists, arms traders, and governments in Europe and beyond, all who want to keep their dealings with the EU a secret.” Politico