Fauci concerned about stalled COVID funding as White House predicts fall tsunami of infection: ‘We are still in the middle of a war here against a very formidable virus’ 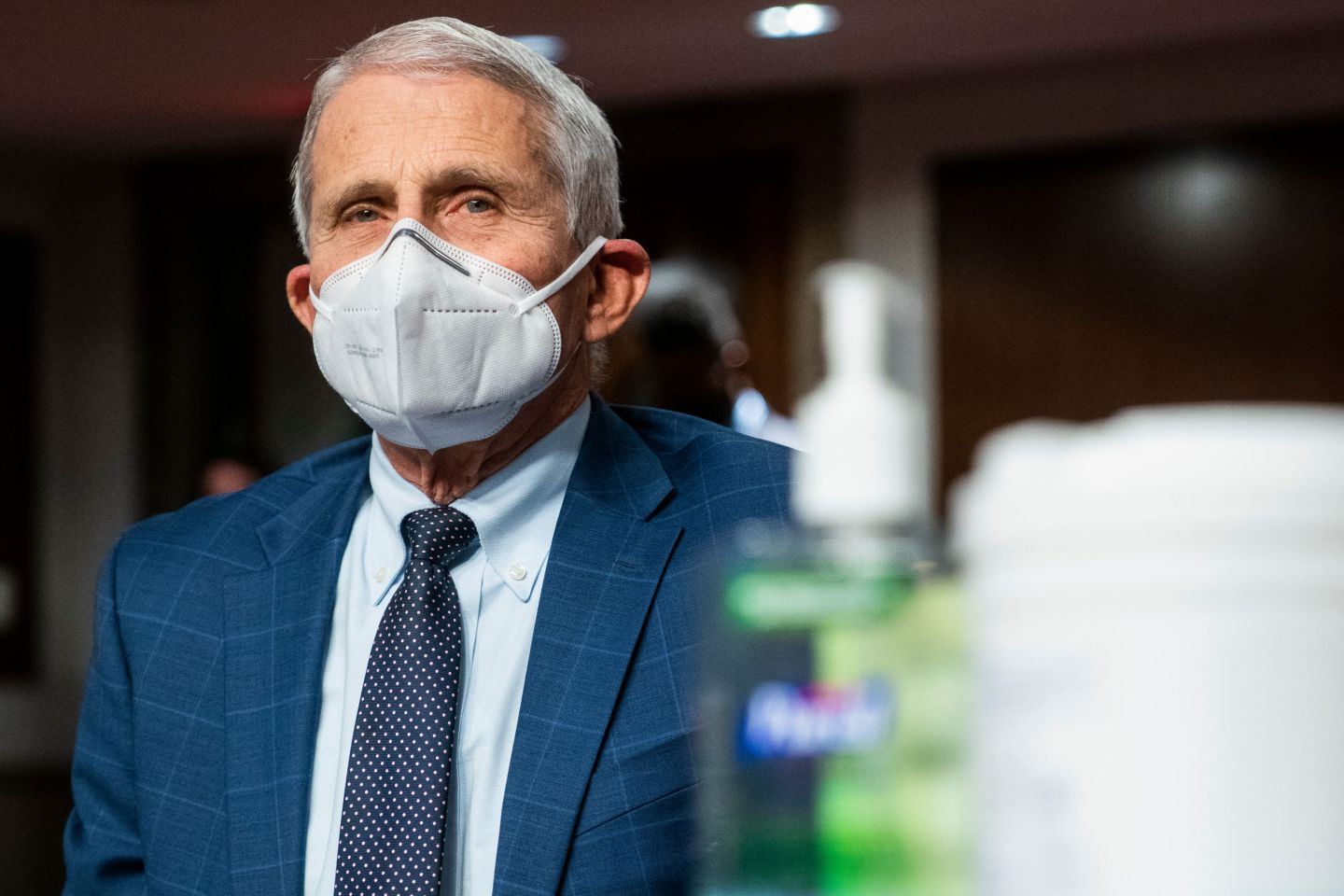 Chief medical adviser to the president, Dr. Anthony Fauci, prepares to testify before a Senate hearing in January 2022, examining the federal response to COVID-19 and emerging variants.
Shawn Thew—AFP/Getty Images

Two and a half years into the pandemic, the U.S. is still at war with COVID-19, and the enemy remains daunting, Dr. Anthony Fauci, chief medical adviser to the president, said Tuesday as he discussed COVID funding that remains stalled in Congress.

Congress’s inaction on additional COVID funding comes as the White House predicts a veritable tsunami of infection this fall—100 million new cases, which would more than double the number the nation has seen already—and a sizable wave of deaths.

“I and my colleagues on the coronavirus team from the White House are very concerned about the lack of responsiveness to our needs to both develop and distribute countermeasures in the form of vaccines, drugs, and tests,” Fauci told a group of fellows from the National Press Foundation.

The Biden administration this spring requested $22.5 billion to pay for next-generation vaccines, testing, and research efforts, among other pandemic countermeasures, warning that nearly all of the $1.9 trillion in the American Rescue Plan directly dedicated to COVID response had been spent.

Without new funding, the federal government can’t afford a booster dose for all Americans, states will receive smaller allocations of monoclonal antibody treatments, and funds that reimburse medical providers for caring for uninsured COVID patients would be cut off, the White House said.

A $10 billion package—less than half of what was requested—was up for consideration in the Senate this spring but failed to pass after lawmakers tied it to immigration legislation.

“I don’t want to belittle the fact that the Congress, up to now, has been extremely generous, giving us a lot of money,” Fauci said. “So, it is not that we’re not appreciative of the large amount of money that has already been given to us. But we are still in the middle of a war here against a very formidable virus. And to all of a sudden stop funding at a time when we need it is really disconcerting, to say the least.”

In a May statement, President Joe Biden warned that without more COVID funding, “more Americans will die needlessly.”

“We will lose our place in line for America to order new COVID treatments and vaccines for the fall, including next-generation vaccines under development, and be unable to maintain our supply of COVID tests,” he said. “In the fall, if we are hit by new variants, it will be too late to get the tools needed for protection—critical treatments that will be available in Europe, but not in the United States.”

With no congressional relief in sight, the Biden administration earlier this month earmarked dwindling COVID funding for updated vaccines, if they become available, and access to therapeutics like Paxlovid, the Washington Post reported, citing an anonymous administration official.

But the funds may not be enough to provide a new, next-generation shot for every American, should such vaccines hit the market, another White House official told the Post.

‘The worst version of the virus that we’ve seen’

Cases, hospitalizations, and deaths were on the rise in the U.S. on Tuesday as a pair of immune-evading Omicron subvariants spread like wildfire across the nation.

BA.4 and BA.5, which swept South Africa this spring as a result of their ability to evade immunity, were estimated to have caused slightly more than half (52%) of COVID infections in the U.S. last week, according to new data from the U.S. Centers for Disease Control and Prevention.

“The Omicron subvariant BA.5 is the worst version of the virus that we’ve seen,” Dr. Eric Topol, a professor of molecular medicine at Scripps Research and founder and director of the Scripps Research Translational Institute, wrote Monday in anticipation of the subvariants’ new dominance.

“It takes immune escape, already extensive, to the next level, and, as a function of that, enhanced transmissibility,” well beyond what the country has seen before, he wrote. “You could say it’s not so bad because there hasn’t been a marked rise in hospitalizations and deaths as we saw with Omicron, but that’s only because we had such a striking adverse impact from Omicron, for which there is at least some cross-immunity.”

It’s still unclear whether current vaccines hold up against BA.5. Since vaccines lost 15% of their protection against severe disease between the Delta and Omicron waves, “it would not be at all surprising to me to see further decline of protection against hospitalizations and deaths,” Topol wrote.

BA.4 and BA.5 were first detected in the U.S. in late March, as Fortune previously reported. The subvariants, discovered in South Africa, quickly took hold in the country in April and May even though almost all South Africans had been vaccinated or previously infected by that point.

The pair of variants are quickly taking hold globally. But their rise is masked because in many countries, it’s occurring alongside a decline in BA.2 infections, Topol wrote. Together, the trends can lead to the appearance of a sustained wave when, in reality, dual waves are present—the first from an older version of Omicron, and the second from BA.4 and BA.5.