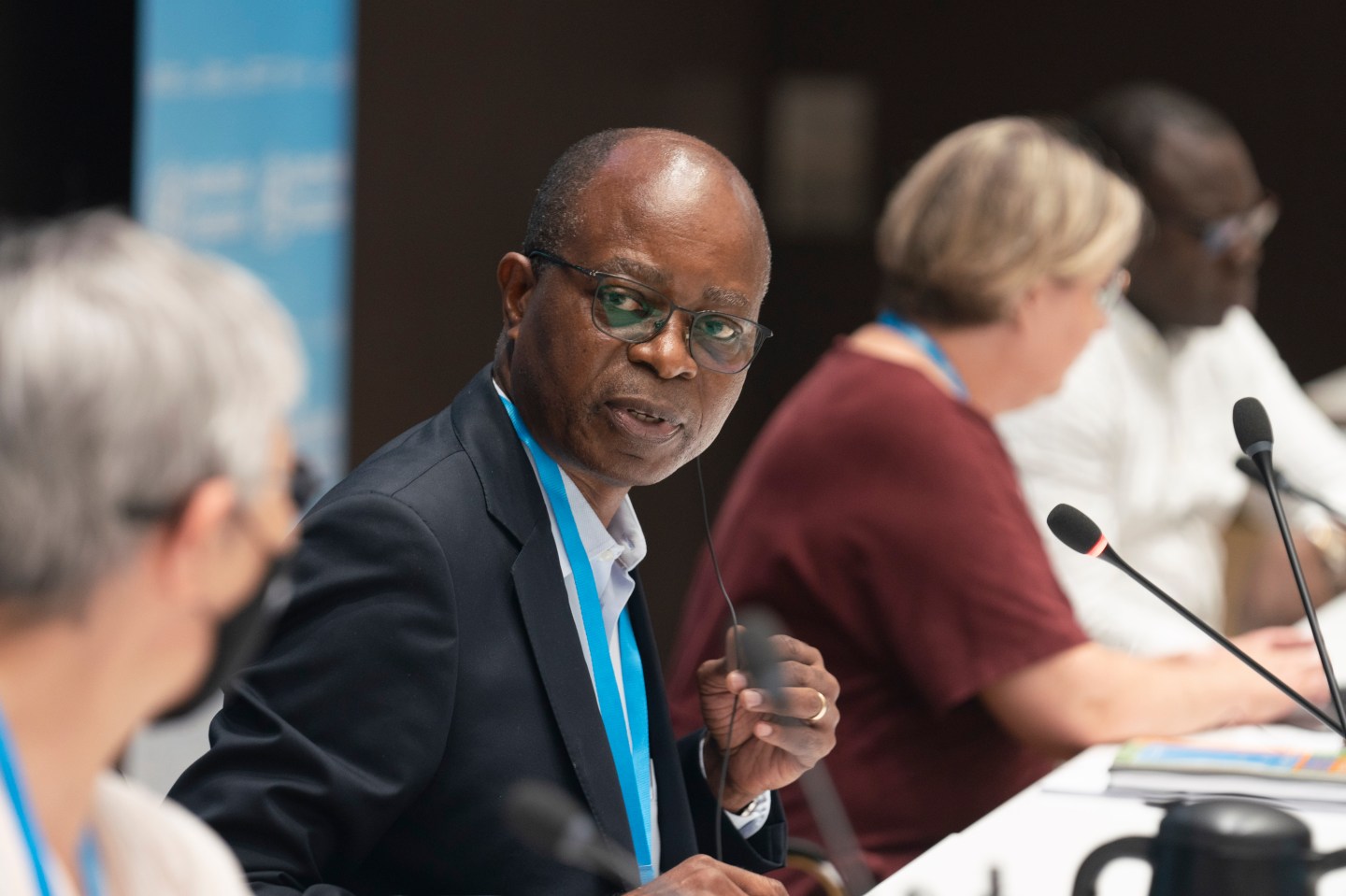 Monkeypox isn’t a international public health emergency “at present,” the World Health Organization said Saturday, adding that both its leader and an emergency committee convened Thursday on the matter are in agreement.

The situation, however, should be “closely monitored” and the decision “reviewed after a few weeks,” committee members agreed, noting the global outbreak’s “emergency nature” and the “intense response efforts” required to control it.

One or more of the following conditions should trigger a reassessment, the committee determined, according to a news release from the organization:

The WHO “may have missed the opportunity to be aggressive and get ahead of the epidemic,”  Dr. Georges Benjamin, executive director of the American Public Health Association, told Fortune on Saturday.

The committee has stated “they will be more assertive and forward-leaning if they find it had escaped their detection and they begin to see it in new at-risk populations. A recipe for failure,” Benjamin said via text.

Dr. Panagis Galiatsatos, an assistant professor at Johns Hopkins’ Division of Pulmonary & Critical Care Medicine and an ICU doctor, told Fortune on Saturday that he had “no concern” with the decision.

There is a “good emphasis on understanding what to do with cases,” as well as on making vaccines available, he said via text.

“It’s not being undermined—it is at epidemic levels and countries are taking it seriously,” he added.

Dr. Amesh Adalja, a senior scholar at the John Hopkins Center for Health Security, told Fortune on Saturday shortly before the WHO’s announcement that no deaths have been reported outside of an endemic country in the current global outbreak, and that there have been few hospitalizations.

“In general, this has been mild,” he said of the outbreak, adding that the lack of severity may be due to cases in developed nations with good healthcare and cases occurring in younger individuals.

“Monkeypox doesn’t have the ability to cause death and destruction in a way we saw during COVID,” he said.

There have been more than 3,000 cases of monkeypox reported from nearly 50 countries over the past six weeks—an increase of 52% over the week prior, the WHO announced Thursday as it convened its emergency committee in Geneva.

As of Friday 201 confirmed cases had been reported in more than half of U.S. states, according to CDC data.

The fact that an emergency committee was convened “tells you that the director is worried,” Dr. Georges Benjamin, executive director of the American Public Health Association, told Fortune earlier this month.

The WHO has often been accused of reacting too slowly, Benjamin said, adding of Adhanom Ghebreyesus, “I think he’s trying to get his hands around this.”

“When you see something this different, you want to know what you’re missing,” Benjamin said. “You want to lay out a strategy to understand what you don’t know, evaluate what you do know.”

As the virus continues to move beyond Africa, where it’s endemic, via an atypical pattern, scientists are rushing to figure out just how it’s spreading.

Monkeypox is usually found in rural African areas where people have close contact with infected rats and squirrels. Recent cases, however, have occurred in countries where the virus has not previously been seen, and in individuals without a travel history, indicating that it may have been circulating unnoticed for some time. The majority of cases have been seen among young men who have sex with men—another oddity, the WHO emergency committee noted.

The virus is typically transmitted from human to human through close contact, which may include sex and could include contact with personal items like sheets and clothing. Airborne transmission is known to be possible but has yet to be confirmed.

Human-to-human transmission can occur via “respiratory droplets (and possibly short-range aerosols),” the WHO wrote in a June 4 situation update, in which it cautioned against large gatherings, which may promote transmission.

With smallpox declared eradicated by the WHO in 1980 and the vaccine, which works on monkeypox, no longer widely administered, the population has a low level of immunity against poxviruses, the committee said, according to the release. That means transmission into the wider population could occur.