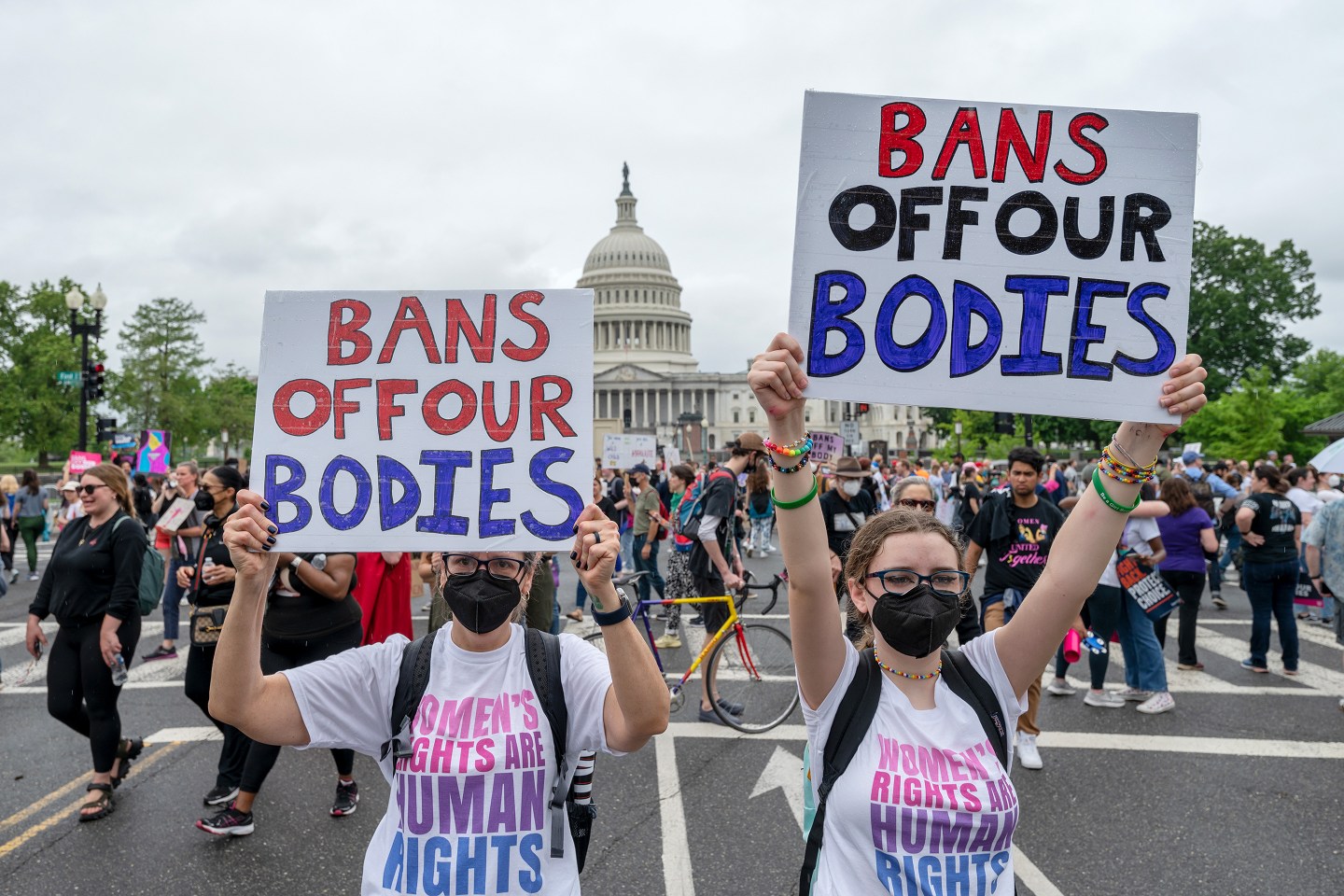 Companies offering abortion benefits should look out for legal risks. Travel benefits will likely be one of the first points of attack from antiabortion state lawmakers.
Craig Hudson—The Washington Post/Getty Images

In its wake, 13 states will immediately outlaw or restrict abortions based on trigger laws currently in the books, and at least another 10 will follow suit. Several state-by-state resources for navigating abortion access have cropped up, including maps, dashboards, and written guides. But the legal risks for employers that want to offer abortion benefits to workers, namely those living in states that greatly restrict the procedure, are murky.

Simply put, the legal landscape is going to become complicated now that Roe has been overturned.

“You’re not going to just have passing laws that vary state to state. You’re also going to have states that are in conflict with each other; you might have the federal government intervening. In the middle of all this, you have this unexplored piece about what employers can do,” says Katherine Franke, director of the Center for Gender and Sexuality Law at Columbia University.

Several companies have taken action in recent months to protect abortion access, including Citi, Yelp, and Apple. And many employers have a growing presence in states like Texas, which bans abortions after six weeks.

“Having employees spread out across more geographies makes this issue much more sensitive because employees are more likely than in the past to be in geographies that are more restrictive,” Yelp CEO Jeremy Stoppelman recently told Fortune. “We can’t just rely on, ‘Oh, the states that Yelp has employees in will be fine, therefore we’re not going to worry about it.’”

Yelp, which declined to comment for this story, is covering costs for employees and their dependents who must travel out of state to access abortion services. More companies may follow in its footsteps: 14.7% of employers plan to make a statement about their stance on abortion following the Supreme Court decision, according to a survey from the Institute for Corporate Productivity, an HR research firm.

Fortune reached out to 24 companies that have made public commitments to protect abortion access for employees. Those that responded declined to comment on the record, aside from a few that provided pre-written statements. Of those that did respond, many acknowledged that post-Roe uncertainty and possible retribution from state legislators have made it difficult to prepare for potential legal risks.

For now, companies are leveraging third-party benefits platforms, which allow employees to avoid disclosing sensitive medical information to their employer. While benefits providers may face subpoenas in states that ban abortion procedures, HIPAA protections could offer a safeguard against those requesting information.

“​​Patients have a right to privacy and their medical information under HIPAA. You have to waive the privacy of your information if it’s going to be used for purposes for which you do not consent,” says Rachel Rebouché, a professor and interim dean at Temple University’s Beasley School of Law.

Many companies are also offering a catchall travel expense reimbursement for medical procedures, including abortions. These travel benefits will likely be one of the first points of attack from antiabortion state lawmakers, though.

Texas State Rep. Briscoe Cain sent a cease-and-desist letter to Citigroup in March, just days after the bank disclosed it would offer travel benefits to employees seeking an out-of-state abortion. He also threatened to introduce a bill that would bar Citigroup from underwriting municipal bonds unless it reversed its policy.

In Missouri, lawmakers have introduced legislation targeting patients who seek out-of-state abortions. A study from the Guttmacher Institute found abortions increased by 25% in Illinois from 2017 to 2020, partly owing to an increase in Missouri residents traveling to the state for the procedure.

“Put yourself in the shoes of an antiabortion legislator: Are they going to rest knowing they’ve stopped 150 abortions a year because those are the ones that happen in Missouri?” says David Cohen, a law professor at Drexel University specializing in law and gender. “No, they want to stop as many abortions as possible. I imagine they’re going to want to go broad and try to stop people from going to other states.”

But it’s not just legislators that employers need to be wary of. Companies must also tread carefully around employees with antiabortion beliefs, who may feel compelled to report colleagues seeking abortion services.

“There will be plenty of people working for companies in [abortion restrictive] states, who agree with the laws criminalizing abortion, and could disclose that information to local law enforcement and other public officials outside of the corporate context,” Franke says. “This will be an interesting project for corporate counsel…to think about how to set up funds that both support the access to health care for the employees and protect their privacy.”

For what it’s worth, allowing one state to infringe on another state’s laws is likely not in the conservative-majority Supreme Court’s interest, and these laws could be struck down in court. In his concurring opinion on Friday, Justice Brett Kavanaugh said states could not bar their residents from traveling to another state for an abortion based on a “constitutional right to interstate travel.”

But that doesn’t mean companies are in the clear.

“There’s lots of reasons to think that states can’t legislate outside their borders and impose their policies on other states. But it’s not 100% clear,” Rebouché says. “There might be some period of time…where companies would at least be in the shadow of liability for states who are dead set on trying to find a way to impose penalties on third parties.”

Still, it’s unlikely that states will pursue criminal cases, and as it stands, states with trigger laws in place seem ill-prepared to enforce them.

“Some people will just be satisfied with the idea that these laws they’re passing will deter access to abortions. While in other jurisdictions, the local police, sheriffs, and prosecutors will be interested in making examples of people violating newly enacted antiabortion laws, and do so aggressively,” Franke says. “But I would be surprised if we saw a routine enforcement of the law.”