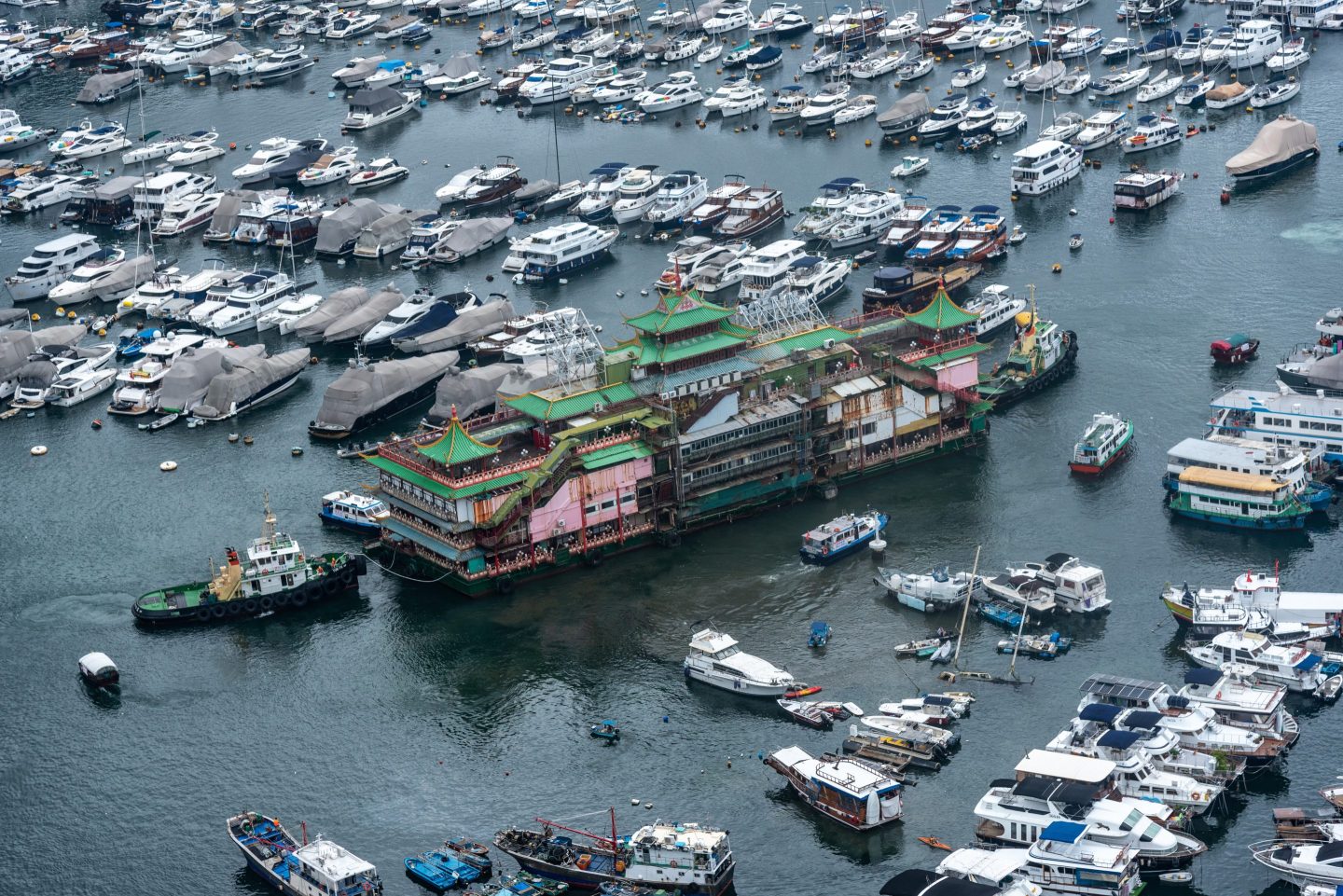 Jumbo Floating Restaurant, a faded landmark of Hong Kong, sank in the South China Sea after being towed away from the city to an unknown destination.

The imperial palace-shaped vessel capsized on Sunday after taking on water in adverse conditions near the Paracel Islands, its owner Aberdeen Restaurant Enterprises Ltd. said in a statement. Salvage would be “extremely difficult” given the water depth of 1,000 meters, it said, adding no crew members were injured.

For more than four decades the Chinese restaurant was a familiar sight in Aberdeen harbor, on the south side of Hong Kong island. Opened by Macau casino mogul Stanley Ho in 1976, it drew visitors including Queen Elizabeth II, and Tom Cruise, according to the restaurant’s website. It also featured in films including Contagion. But its attraction waned in recent years, and the pandemic forced it to suspend operations.

Its owner, a unit of Melco Resorts & Entertainment Ltd., earlier tried to donate the restaurant to an amusement park but the plan fell through, the company said in a previous statement.

The restaurant had accumulated losses of HK$100 million ($12.7 million) since 2013, its owner said last month. The millions of Hong Kong dollars it was spending to repair and maintain the restaurant annually had become “a heavy burden for the company and its shareholders,” according to the statement.

The company planned to move the restaurant out of the city for maintenance and storage while it looked for new owners and a cheaper berth.

Aberdeen Restaurant is “very saddened by this accident,” according to the statement. “The company is now getting further details of the accident from the towing company.”

The tragic fate of such a well-known attraction, even one that was losing money, taps into the city’s downbeat mood. Expats and locals alike are leaving in droves as seemingly endless travel restrictions and Beijing’s tightened grip undermine Hong Kong’s future as an international financial center. The lack of visitors has affected companies reliant on tourism spending, with another icon—the Star Ferry—also warning of financial trouble.

—With assistance from Bei Hu and Young-Sam Cho.