‘We’re just churning the same people over and over’: Employers’ added pay and benefit aren’t enough to staunch the Great Reshuffle 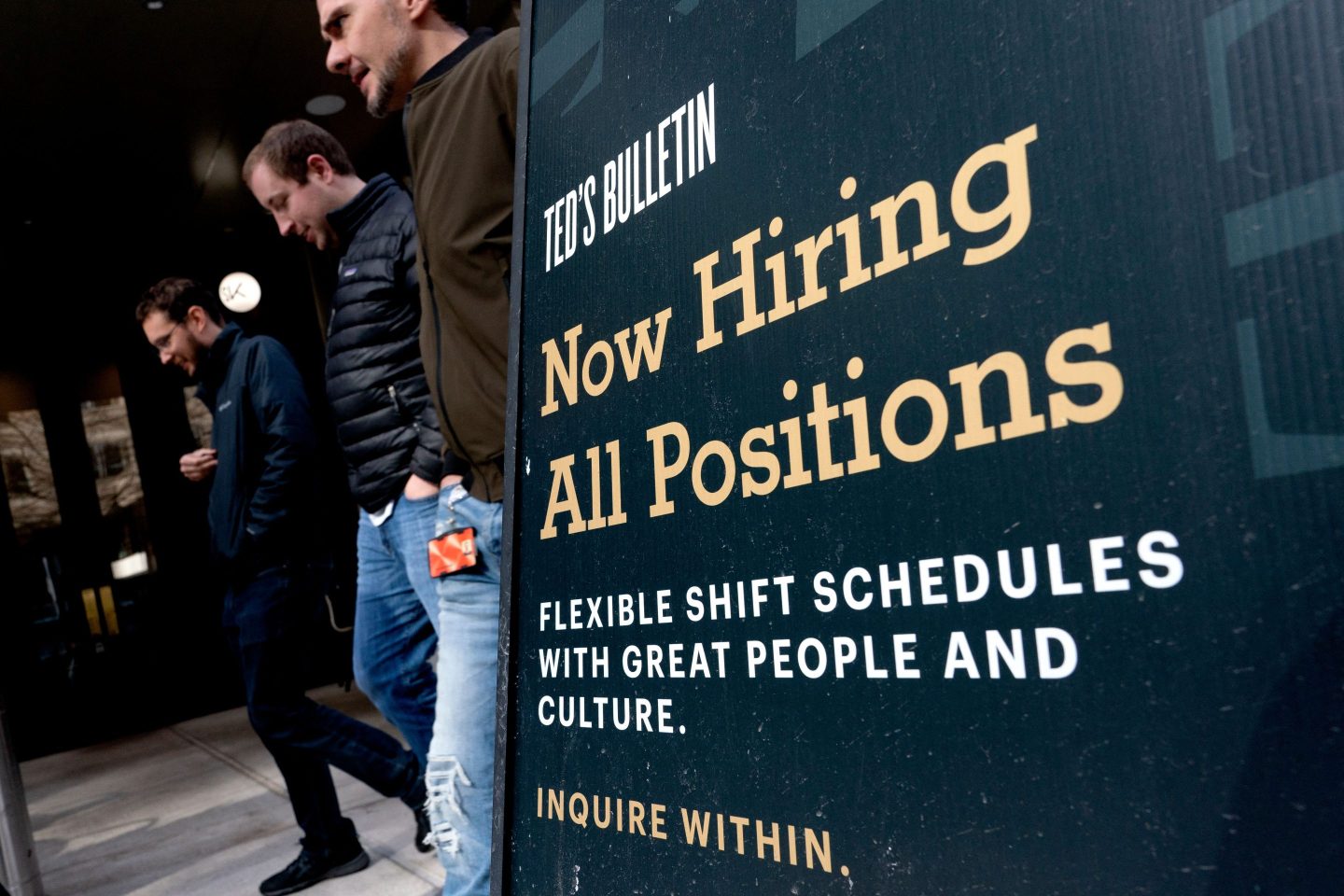 In February, another 4.4 million Americans quit their jobs while new hires edged up to 6.7 million, according to the latest data from the U.S. Bureau of Labor Statistics released Tuesday.

“The great reshuffling continues in February as workers quit their jobs in search of better opportunities,” said Elise Gould, a senior economist with the left-leaning Economic Policy Institute. For now, hiring continues to outpace quits in every major industry.

In fact, there were roughly 1.8 job openings for every unemployed worker in February. "Employer demand still remains white-hot despite uncertainty and surging energy prices from the war in Ukraine, though February is still too early to see the full impact," said Daniel Zhao, lead data scientist on Glassdoor's economic research team.

Employer incentives aren't getting enough workers off the sidelines

Tuesday's report shows the same story that’s been playing out for months: Workers continue quit and find new jobs. But while many are seeking out (and getting) better opportunities when they quit, the higher wages and better benefits aren’t luring enough Americans back into the workforce.

There’s still over a million Americans missing from the workforce—and that number hasn’t fallen significantly in months. If these workers don’t come back, experts say it could lead to longer-term problems.

Employers, for example, are likely to continue increasing wages to fill the roughly 6.7 million open jobs. Yet the average hourly pay for a non-farm employee has already jumped more than  5% over the past year. "As long as people aren't coming into the labor force, we're gonna keep paying more and more because companies are trying to get work done, and they're getting more desperate,” says Ron Hetrick, a senior economist with labor market data company Emsi Burning Glass.

That’s going to impact inflation—which is already at a 40-year high. And so far, higher pay hasn’t proven that effective in solving the talent wars. “All of those pay increases—as we keep saying every month—they're not drawing people in from the sidelines. We're just churning the same people over and over,” Hetrick says.

Having so many people missing from the workforce—which includes parents, immigrants, retirees, and those struggling with long COVID and other health issues—also puts more pressure on those who remain. Especially those that haven’t changed jobs yet. Hetrick says there’s a big risk of burnout.

“You can only promise people for so long that we're going to be hiring new people,” Hetrick says. “But as...people keep quitting, and they're asked to do more…how long can people hold out?”

There’s an especially “brutal battle for lower-skilled employees” Hetrick says. Many employers are competing for workers with a high school diploma. And those businesses are running into problems because there's just not a whole lot of those people out there looking for work.

Making the situation more fraught is the fact that other companies who normally seek out workers with a college degree are dropping those requirements to get more applicants. More companies are now entering the fray searching for same type of worker who doesn't exist already for the rest of these companies, Hetrick says.

Unemployment is slowly edging down, but companies will continue to struggle to find the people the need to fill open roles, says Rucha Vankudre, senior economist at Emsi Burning Glass.

Unless employers make some "drastic" decisions to cut back their workforce, job openings are continue to be high, Vankudre says. “Things will continue to be hard. Everyone's gonna continue to feel this strain, but I don't see an easy way out of it.”