Many companies are offering employees the benefit of online courses. Do they actually help your career? 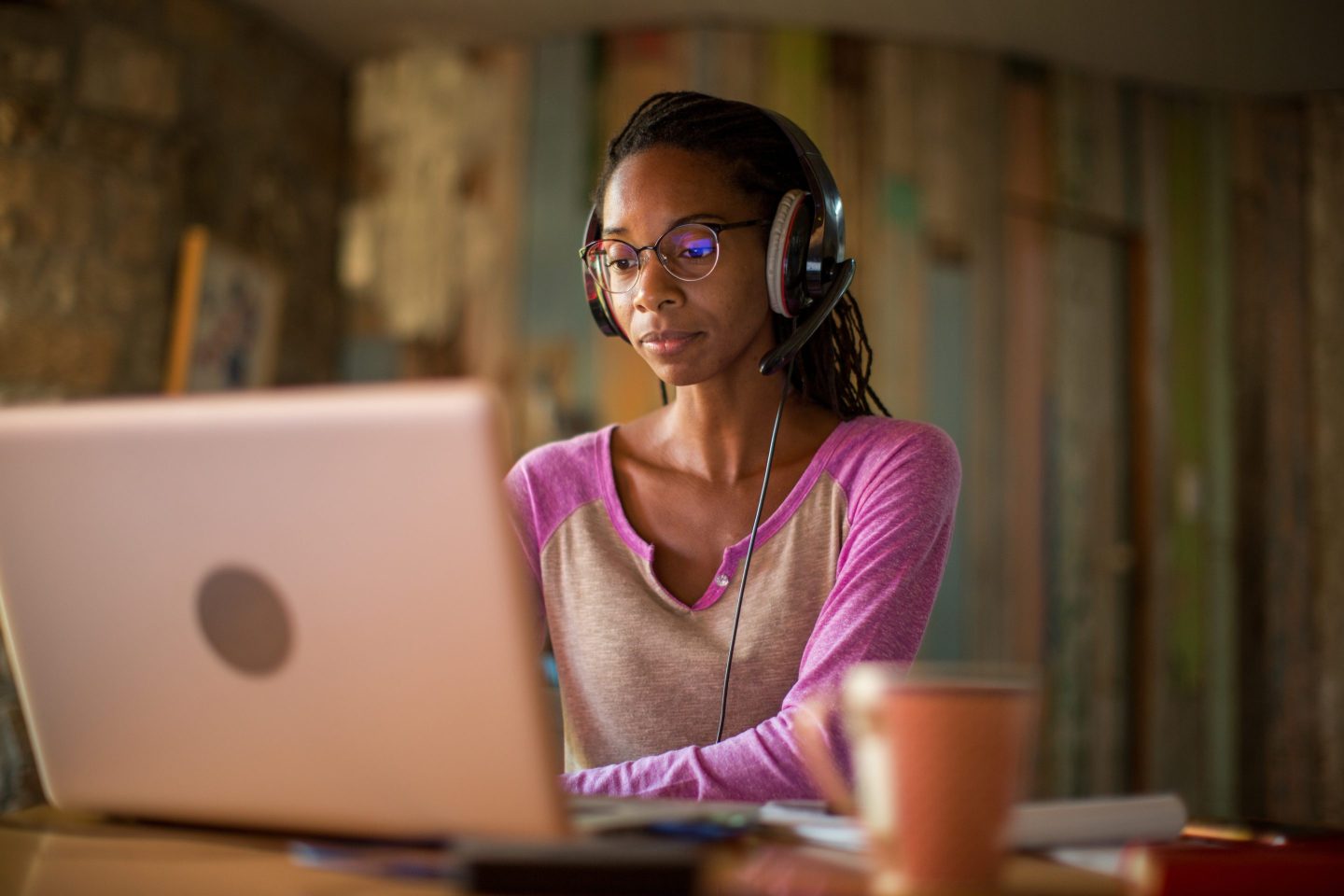 Many companies offer some form of tuition reimbursement, but some are taking it a step further and providing their workers with access to online skill development courses.

During the pandemic, participation in online courses exploded. LinkedIn reported in September 2021 that over 4.6 million people watched one of the online trainings featured on the site’s 20 Most Popular Courses list last year. Udemy, another online course platform, reported it had 46 million paid and free subscribers as of the end of September 2021.

About 14% workers say their companies offer some sort of coverage or reimbursement for online skills and training courses, according to a recent survey by the Harris poll on behalf of Fortune. Over the past six months, 10% of workers say their employers have expanded or rolled out new coverage for reskilling opportunities.

But do these programs really lead to new jobs and promotions? The short answer is that it depends. While companies are investing in skills-development training, hiring based on those courses hasn’t caught up in a big way yet. However, that’s shifting in this increasingly tight labor market as employers look beyond the job potential employees have on their résumé.

Jimmie Caldwell, a 56-year-old IT contractor in Virginia, started logging on to LinkedIn Learning after he was laid off from his job in July 2021. “I wanted to keep my skill sets sharp and on top of things as I was looking for employment,” Caldwell tells Fortune. “I was like a kid in a candy store with all the courses that were there.”

Caldwell has completed 17 courses on topics such as building and managing networks for Microsoft Office 365, Teams, and SharePoint—with each class running an average of just over two hours each.

“I was real serious about it,” Caldwell says, adding that he would pause the videos to take notes and research topics further. While unemployed, Caldwell built the trainings into his schedule, in between sending out résumés and interviewing for roles.

In September 2021, a staffing company reached out via LinkedIn on behalf of GE CoreTech for an operations engineer role to migrate employees to a new messaging platform and manage the infrastructure. During the interview process, Caldwell says, the online courses were a conversation starter: “They noticed all certificates of completion and asked what that was.”

In the end, Caldwell landed the job, and he thinks the online classes played a major factor in landing a job faster. He’s been in the IT field for 30 years and had periods of unemployment between contracts. Last time, it took Caldwell a year and a half to find a new job. This time it only took about three months.

“In today’s rapidly evolving labor market, where all jobs are increasingly becoming more digital and more hybrid in nature, companies are looking to bring on employees that have a growth mindset and can be nimble as the role inevitably changes,” says Linda Cai, LinkedIn’s vice president of talent development.

The skills needed to perform the same job have changed 25% from 2015 to now, and could change by as much as 40% by 2025, Cai adds. So it makes sense to, like Caldwell, not only keep skills sharp but also expand them.

LinkedIn reports that job applicants with LinkedIn Learning certificates have a 9% higher chance of getting hired compared with those who don’t.

Online courses may not have an immediate impact

While Caldwell says the online courses helped him land a job, many workers won’t see the same return on investment for their training experiences. In many cases, taking online courses just doesn’t have a meaningful impact for people looking to advance their careers, says Mike Smith, CEO of Randstad Sourceright, which specializes in talent acquisition and human capital management strategies.

There’s a “disconnect” between workers obtaining new skills through short online courses and their ability to get promoted in their own organization or find a new, better job elsewhere, Smith tells Fortune.

At the moment, the majority of organizations are focusing on candidates with the immediate skills to perform their jobs. Many workers hope that training via online courses is going to have an immediate impact on their ability to get a new role at their current company or find a new opportunity somewhere else. And that’s simply not the reality in many cases, Smith says.

“Your propensity to be able to increase your seniority or improve your chances of moving either within your organization or another organization externally, is directly correlated to the length and time that you’re putting into that particular training,” Smith says.

In fact, the skills courses that have the biggest impact on workers’ careers are ones that take 24 to 36 months and pair job training with classroom time. That includes traditional avenues like going to business school to earn an MBA or getting a certificate from an accredited program; becoming a phlebotomy technician or an emergency medical technician (EMT), for example, after earning the requisite medical certification.

But that may shift as the war for talent continues. The reality is supply is much, much lower than demand, and employers will have to find a way to hire people and invest more in internal learning and development programs to get those workers to the next level.

“There will come a time, and we’re seeing that evolve,” Smith says.