Wake up and smell the coffee: The agricultural commodity market is broken 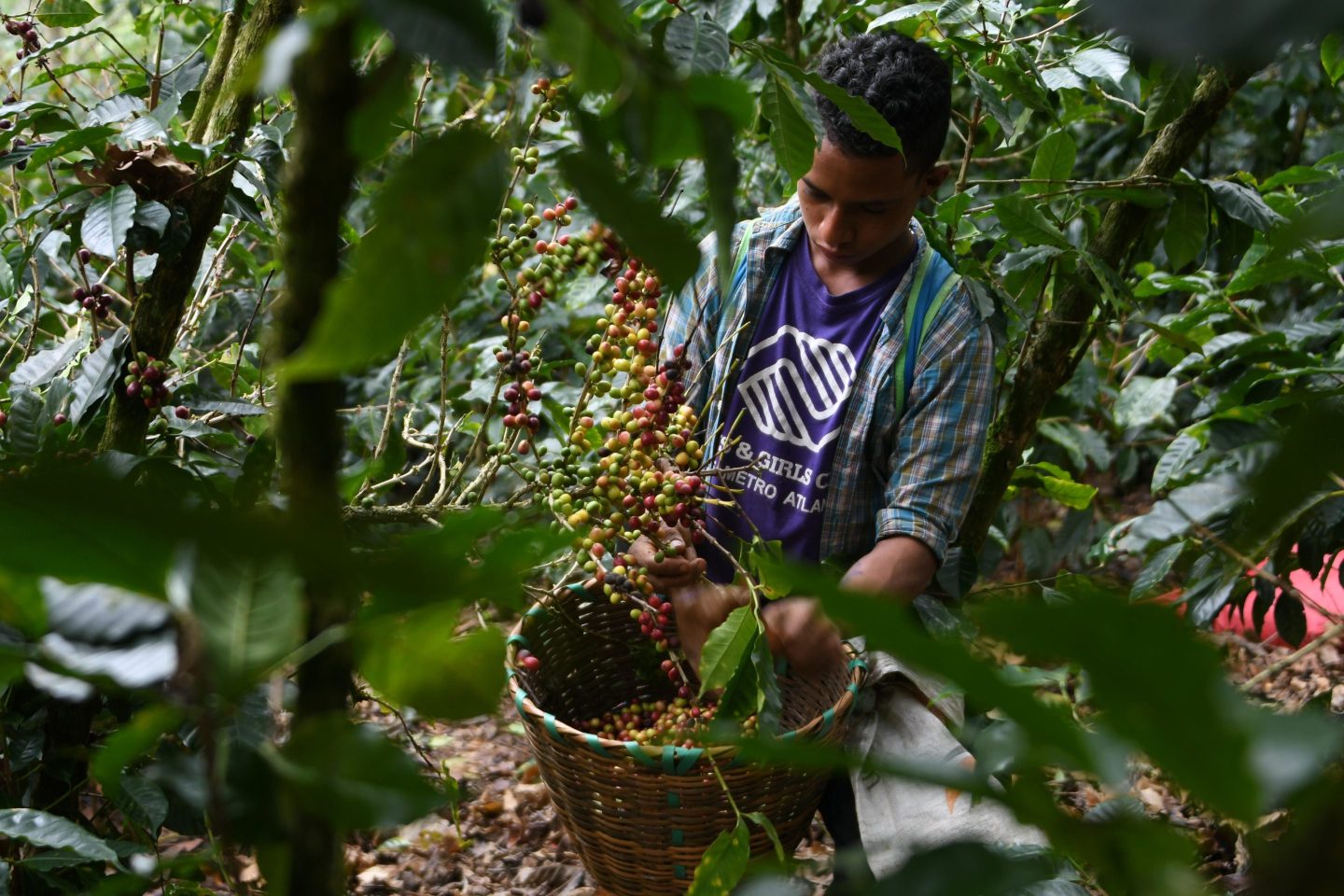 When crops fail in Central America, many people see no other option but to migrate to the U.S.
ORLANDO SIERRA - Getty Images

The coffee crisis brewing in Central America is not just the result of climate change accelerating the spread of crop disease, but also the perpetual reliance on individual commodities to prop up global markets and offer the only solution to poverty for millions of smallholders worldwide.

Large-scale investments by development organizations and multinationals over the past decades that incentivize monoculture programs for crops such as coffee leave small producers (as well as consumers) vulnerable to boom and bust cycles through a lack of alternatives when prices fluctuate, or if harvests fail. This vulnerability is contributing to what could become the sector’s worst crisis in living memory, already prompting scores of coffee farmers in the Northern Triangle to abandon their crops entirely, with many seeing no other option but to migrate to the U.S.

Vice President Kamala Harris recently called on the private sector trading in the region to help, and significant investment ensued. However, it is unclear how corporations that have repeatedly failed to repair the broken agricultural commodity market for smallholder farmers will be able to achieve much more without a new economic model for the entire system.

Social enterprise is an underutilized tool, even though it can lay the foundations for a more sustainable agricultural market and should be leveraged by the U.S. administration in its bid to address the root causes of immigration.

Traditional approaches to economic development have typically focused on the more straightforward task of increasing access to finance and farmer productivity through training, and then largely leaving the trading activity in the hands of private sector buyers. This means farmers are often left with a limited number of options, dominated by the very corporations that have made sizeable financial contributions towards aid budgets.

Without the need to generate the same unsustainable profit margins, social enterprises can act as benevolent intermediaries between the farmer and the market at large, building a longer-term network that puts the needs of the farmer first rather than simply connecting smallholders to a handful of buyers at the mercy of global markets.

This approach is now gaining momentum in sub-Saharan Africa. Over the past four decades, donors invested an estimated $40 billion in agriculture, yet food imports continued to soar.

New forms of “farmer-allied intermediaries”, like Twiga Foods in Kenya, collect produce from smallholders centrally, bridging a fragmented market and taking away the burden of negotiating at the farm gate. This reduces the farmers’ exposure to risk by offering, with impartiality, a better bargaining position.

Consolidating the produce of smallholders reduces inefficiencies and waste, with platforms like Siembra Viva also advising farmers in Colombia when to plant and when to harvest.

Even greater benefits lie in building a broader multi-crop supply chain. Social enterprises that aggregate crops can also incentivize intercropping, or growing different fruits and vegetables together, which benefits smallholder farmers–and the environment­. Combining different plants improves soil quality and pest resistance. This means additional resilience for the crops, the farmers, and the entire food system.

It also means smallholders can trade various crops with different margins, increasing their likelihood of turning a profit consistently and guaranteeing their own food and economic security. Social enterprise can support farmers to prioritize a range of crops that serves their interests, not just those of the private sector co-founder of a rural development program. For example, Haitian farmers growing peanuts alongside lime and moringa with Acceso’s support report incomes of more than US$3,000 per hectare compared to those growing peanuts only, who earn around US$1,400 per hectare.

Not only does this de-risk the position of the farmer but it also has greater potential to support domestic food systems. With a more mission-led approach, intermediaries can support farmers to better meet the needs and standards of their local formalized markets, adding vital food supplies, new market links, and greater sustainability to domestic supply chains.

This can even then support humanitarian needs, such as those that arise after an earthquake or hurricane. With a functioning local food system that can increase supply when needed, there would be no reason for U.S.-funded humanitarian programs in countries like Haiti and El Salvador to be importing food instead of sourcing it locally from smallholders. This would also provide income to stabilize communities during times of crisis. It also avoids the risk of distorting the market with food aid, which reduces prices for the most vulnerable farmers and chips away at their market.

The major challenge is that multi-crop supply chains require more complex logistics and trading, and more sophisticated infrastructure that can process multiple crops, rather than facilities that are purposefully designed to handle just one commodity.

Left to themselves, markets that operate on short-term, “just enough, just-in-time” food supplies are unlikely to address the long-term, systemic fragilities that exist in the global food trade and keep smallholders in thrall to cycles of boom and bust.

With the support of philanthropy and development practitioners using a collaborative approach, social businesses can revolutionize food systems.

This is what should lead the U.S. government’s strategy for reducing poverty and migration, rather than prioritizing solutions from those who are seeking to make a profit under the guise of development.

Frank Giustra is the founder of Acceso, a social agribusiness operating in Colombia, El Salvador, and Haiti.