Are NFTs being used to launder money? 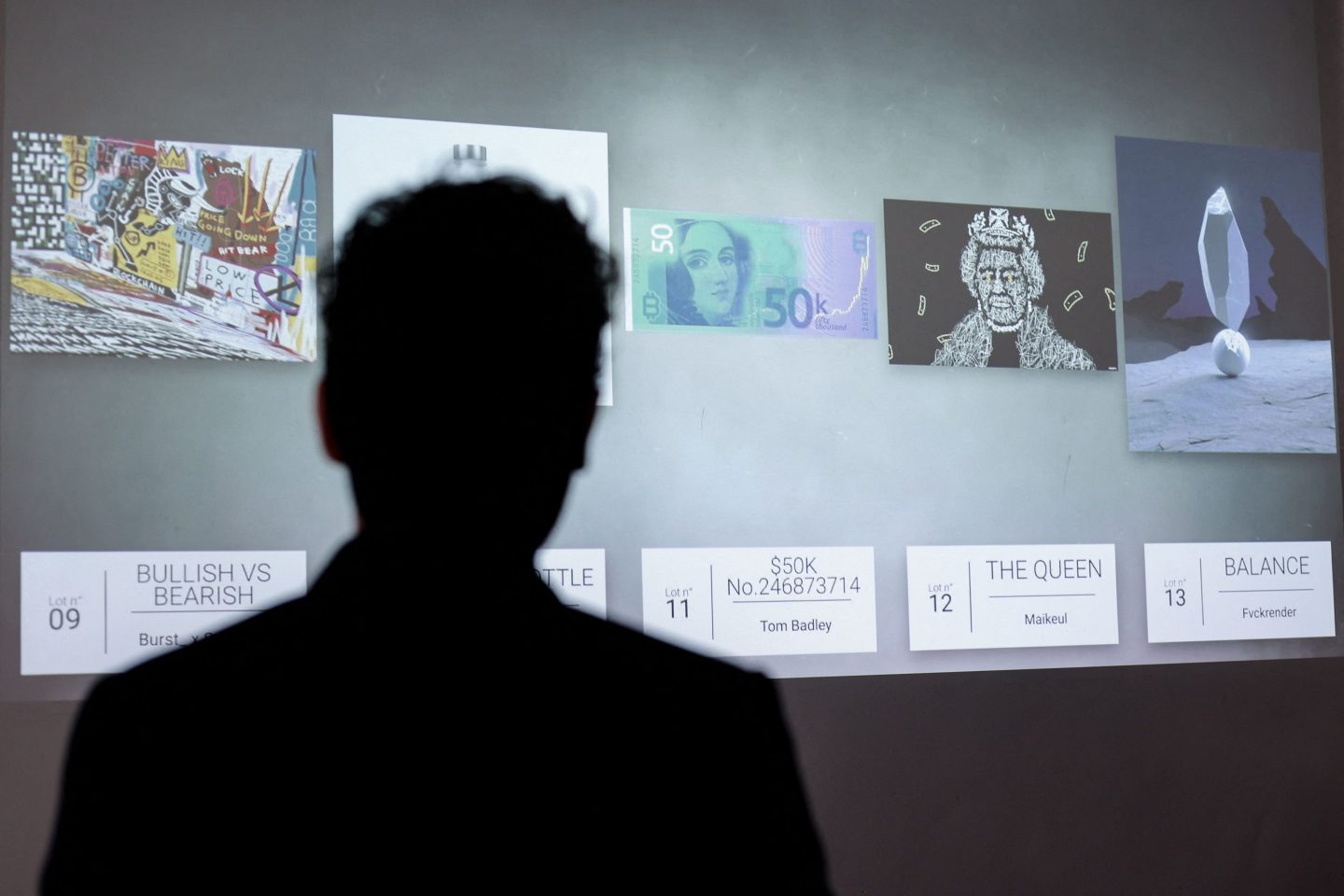 The easiest way to detect potential trade-based money laundering is to see whether the price of the transaction is in line with the fair market value of the item being transacted. For art, that would usually be the price recommended by an appraiser.
Kenzo Tribouillard —AFP/Getty Images

Right now, NFTs are the hottest thing on the internet. Even if you don’t know exactly what they are, they’ve been absorbed so quickly into pop culture that even Saturday Night Live has done a skit about them.

Their meteoric rise has raised some questions, particularly among those who see parallels between the current thirst for NFTs and the excitement surrounding initial coin offerings (ICOs) a few years ago. The fear is that NFTs, like ICOs, could be exploited as yet another way to launder money in an anonymous and untraceable way.

These fears are not unfounded. According to cryptocurrency analysts Crypto Unfolded, Google Trends data indicates that there is almost as much public interest in NFTs now as there was in ICOs in 2017. Of course, it is possible that a lot of those searches are driven by unfamiliarity with the term and the desire to learn more, rather than the urge to purchase an NFT. At the same time, the amount of money that has already been spent is jaw-dropping, with one work by the artist Beeple selling for $69 million at auction—the third-highest auction price for a piece of art by a living artist.

Naturally, anytime sums of that magnitude are involved, there is the possibility that bad actors could move in and take advantage, either to move their own assets around or operate scams on unsuspecting customers. Trade-based money laundering, which is defined by the Financial Action Task Force as “the process of disguising the proceeds of crime and moving value through the use of trade transactions in an attempt to [legitimize] their illicit origins,” is already a problem in the art world, and it currently seems like NFTs could also be ripe for exploitation.

The easiest way to detect potential trade-based money laundering is to see whether the price of the transaction is in line with the fair market value of the item being transacted. For art, that would usually be the price recommended by an appraiser. Given how new and how volatile the market for NFTs is at the moment, it is difficult to tell what a fair market price should be, especially where there are no precedents to rely on for guidance.

NFTs get their value from being a verified version of the digital asset. For example, the NFT version of Jack Dorsey’s first tweet can be identified as such through a unique alphanumeric code that is also recorded on the blockchain. While there can be multiple NFTs of the same asset, each one must have a code to verify it as authentic, much like a piece of art is often accompanied with provenance. Although transactions are recorded on a public ledger, purchasers can remain anonymous, a huge boon for anyone looking to discreetly wash assets. There’s no mechanism in place to prevent launderers from creating multiple accounts and transferring assets between them to further obfuscate the trail.

At the moment, there is no evidence that money launderers are flocking to NFTs. As Jesse Spiro, the chief of government affairs for blockchain analysis company Chainalysis, points out, “The bad actors are looking for the ways that are most likely for them not to be caught laundering money, and while that’s not to say that it is NFTs, if they find an avenue that they can exploit, they will. They are always probing the fence and looking for the holes.”

That’s why it’s important for businesses and individuals to be on their guard and to take every precaution they can, whether it’s running a quick automated background check on a new client or investing in a monitoring service to ensure that none of their existing clients are engaged in anything fishy, and an active approach to counter money laundering.

Martin Cheek is vice president at SmartSearch, a provider of an anti–money laundering verification service based in Lehi, Utah.