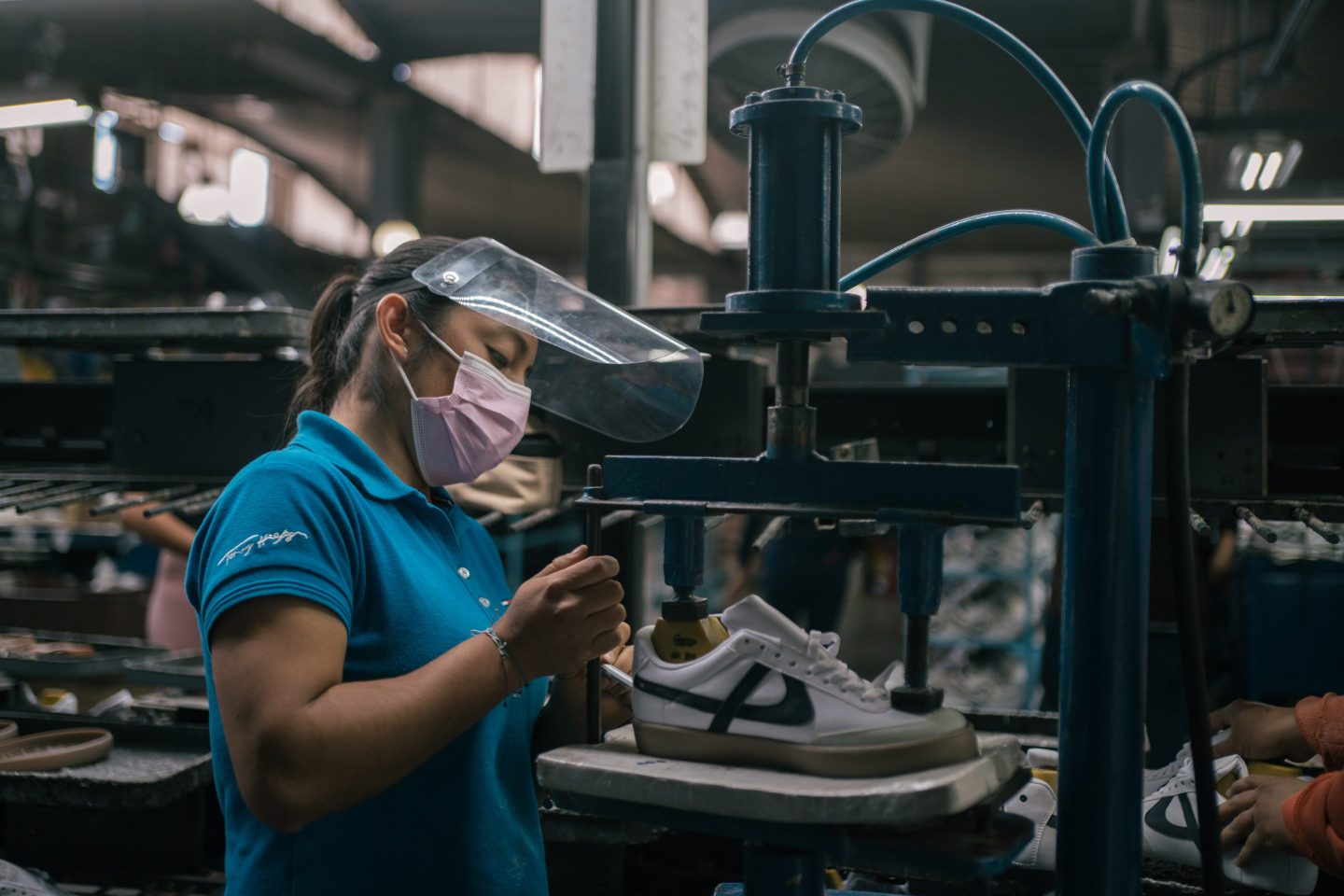 A worker checks the quality of a sneaker at a manufacturing facility in Cuautitlan Izcalli, Mexico. The U.S. is setting the bar high for labor rights abroad, in an effort to discourage union busting and unfair practices.
Luis Antonio Rojas—Bloomberg/Getty Images

As many of us were ringing in the new year, the Biden administration announced an important step in enforcing labor rights around the globe: It was withdrawing trade benefits to Ethiopia and Mali under the African Growth and Opportunity (AGOA) trade preference program due to the government’s gross violations of human and worker rights.

This announcement falls on the heels of a busy enforcement year for the administration. In 2020, the Office of the United States Trade Representative (USTR), where I served as director for labor affairs from 2016-2020, initiated two enforcement actions against Mexican firms under the United States-Mexico-Canada Trade Agreement (USMCA). Those actions, like the AGOA announcement, center on enforcing the fundamental labor rights of foreign workers to do things like form and join unions without unlawful interference.

The Biden administration has touted a new “worker-centered” trade agenda–part of the president’s broader commitment to champion the rights of the working class and Americans in poverty. The administration has leveraged its market influence within trade agreements to demand respect for worker rights in other countries.

But while the administration’s trade agreements enforce rights abroad, they also make it impossible for governments or civil society to bring claims against U.S. employers from similar enforcement actions. As a result, the rights of American workers continue to wane.

The National Labor Relations Act (NLRA) has proven woefully inadequate to give workers real bargaining power, and the National Labor Relations Board (NLRB) has made it easy for companies to avoid unionizing. Biden’s NLRB is working overtime to fix America’s broken labor system, but it has decades of anti-worker precedent to address and a narrow window of opportunity to do so before election season.

Some labor advocates assume that enforcement actions abroad could strengthen labor rights in U.S. firms. They reason that trade agreements like USMCA might accomplish for American workers what domestic laws and agencies could not. But that assumption is wrong.

A little-known footnote in the USMCA shields U.S. employers from the same enforcement mechanism that allows the U.S. to crack down on foreign companies and protect foreign workers. The “Faculty-Specific Rapid Response Labor Mechanism” allows the U.S. to suspend preferential tariff treatment for private facilities in trade partner countries when it “has a good faith basis belief that workers…are being denied the right of free association and collective bargaining…” But according to the footnote, found under Annex 31-A of the agreement, the only claims that may be brought against U.S. employers are those that concern a facility “under an enforced order of the National Labor Relations Board.”

What it really means

The term “enforced order of the National Labor Relations Board” isn’t defined in the NLRA or caselaw. Presumably, it means that U.S. employers are vulnerable to enforcement action only after all domestic legal processes, including appeals, have been exhausted.

According to the NLRB, only around 65 cases a year are appealed to Circuit Courts. Of those 65 cases, the Court enforces only 80%, or 52 orders. Those statistics do not indicate whether the 52 enforced orders were directed against employers or unions. They also do not mention whether those enforced orders dealt with repeat offenders. In 2020, less than 12 to 13 employers in the country would have been vulnerable to enforcement action.

The Biden administration is trying to change the narrative around trade and labor but continues to enforce an agreement that shields its own companies from enforcement. If Biden is serious about protecting U.S. workers, he must remove trade provisions shielding their employers from enforcement and ensure that our workers receive the same protections as we impose abroad.

Desirée LeClercq is the Proskauer Employment and Labor Law Assistant Professor at Cornell University’s School of Industrial and Labor Relations. Prior to joining the law faculty at Cornell, she worked as a director for labor affairs at the United States Trade Representative, as a legal officer at the International Labor Organization, and as a staff attorney for the Chairman of the National Labor Relations Board. Her views are her own.