Beijing and Washington grapple with crypto in their own unique fashion 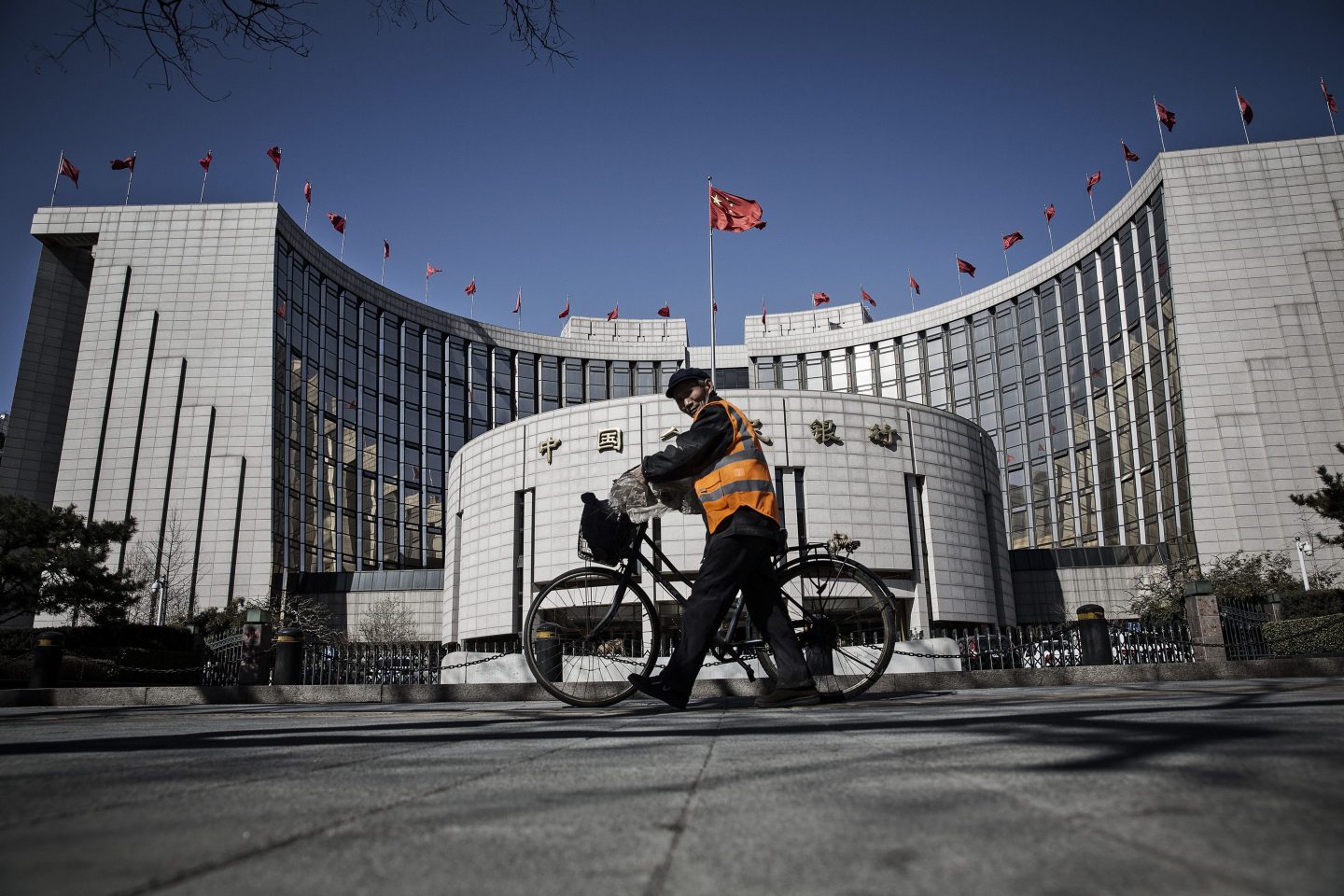 For Chinese regulators, cryptocurrencies are a new technology that threatens to empower the average Chinese citizen. They must ride the new development, rather than be ridden by it.
Qilai Shen—Bloomberg/Getty Images

The market cap of cryptocurrencies has grown to the point where mainstream financial industry players are jumping on the blockchain bandwagon with greater fervor than ever. NFTs make headlines (and paydays) for famous and obscure celebrities alike.

Meanwhile, regulators in Beijing and Washington are ramping up their efforts in the space, each in its own way. In China, the moves are headline-grabbing and interventionist, while in the U.S., the approach is shambolic, incrementalist, and heavily influenced by the industry subject to the regulation. But both paths lead to greater government control over the cryptocurrency sector.

China’s central bank announced that all transactions of cryptocurrencies and cryptocurrency mining are illegal, intensifying the country’s crackdown on cryptocurrencies such as Bitcoin. In its announcement, the People’s Bank of China (PBOC) stated that overseas exchanges are barred from providing services to China-based investors and that cryptocurrencies, including Bitcoin, are not fiat currency and cannot be circulated. The PBOC justified its action, stating that such activity “seriously endangers the safety of people’s assets.” The statement expands on prior efforts, making clear that virtual currency–related business activities are “illegal financial activities” and will not be tolerated.

It is difficult to know whether the heavy-handed moves signal a long-term strategy, or are simply a tactic to force the industry into a direction favored by the government. Is China trying to clear the path for its own central bank digital currency, as some have speculated? If so, what room is left for other cryptocurrencies in the world’s second-largest market?

Meanwhile, in the United States, the Securities and Exchange Commission (SEC) is also ramping up its enforcement efforts. In August, the SEC charged two executives and their company, Blockchain Credit Partners, for engaging in unregistered sales of securities and misleading investors concerning the operations and profitability of their decentralized finance (DeFi) business, the SEC’s first case concerning securities using DeFi technology.

In September, the SEC announced it had filed an action against BitConnect, an online crypto lending platform, and its founder, alleging that they defrauded retail investors out of $2 billion through fraudulent and unregistered securities in the form of investments in a “Lending Program.” The same month, the SEC issued an investor alert on “Digital Asset and ‘Crypto’ Investment Scams,” reminding investors that “fraudsters continue to exploit the rising popularity of digital assets.”

Shortly after, SEC Chairman Gary Gensler testified before the Senate Banking, Housing, and Urban Affairs Committee on the SEC’s agenda, including its enforcement and regulation of cryptocurrencies that constitute securities under federal securities law. In his testimony, Gensler noted a lack of investor protection in crypto finance, issuance, trading, and lending, saying it is “more like the Wild West or the old world of ‘buyer beware’ that existed before the securities laws were enacted.” The chairman stated that the SEC, along with the Commodity Futures Trading Commission (CFTC) and others, are working to bring more robust oversight and investor protection to the field of crypto finance.

The Financial Crimes Enforcement Network (FinCEN) has also stepped up its enforcement, announcing in August it had assessed a $100 million civil penalty against BitMEX, one of the largest virtual currency derivatives exchanges, for violations of the Bank Secrecy Act (BSA) and FinCEN’s implementing regulations.

The moves by China are a stark contrast to the process in Washington, D.C. Regulators here express the need for a greater regulatory hand, but at the same time plead that only Congress and the president may enact new laws for this new technology, something the industry itself insists is needed. Those industry players are actively trying to mold and shape what might emerge from the legislative stew-making. It is a fascinating case study in opposed governmental systems both addressing a technology meant to make them obsolete in the first place.

Each government would appear to have a different goal. For China, cryptocurrencies are like the internet, a new technology that threatens to empower the average Chinese citizen. The government is no doubt furiously trying to figure out how to harness this new development, to ride it, rather than be ridden by it.

For the U.S. government, the question is a balancing of interests. The industry is energized, and it’s seeking to break free of what it views as ancient regulations that do not work for the technology. Regulators want to protect small investors from potentially predatory promoters who might leave them holding the bag in a crash. Avoiding the crash while facilitating U.S. leadership in the industry might be the worthiest goal of all.

Christopher O’Brien is a partner in Venable LLP’s national corporate practice and a member of its media and entertainment group. Venable LLP attorney Chris Boone focuses his practice on regulatory issues related to payment processing, blockchain, advertising and marketing, transportation, and telecommunications.