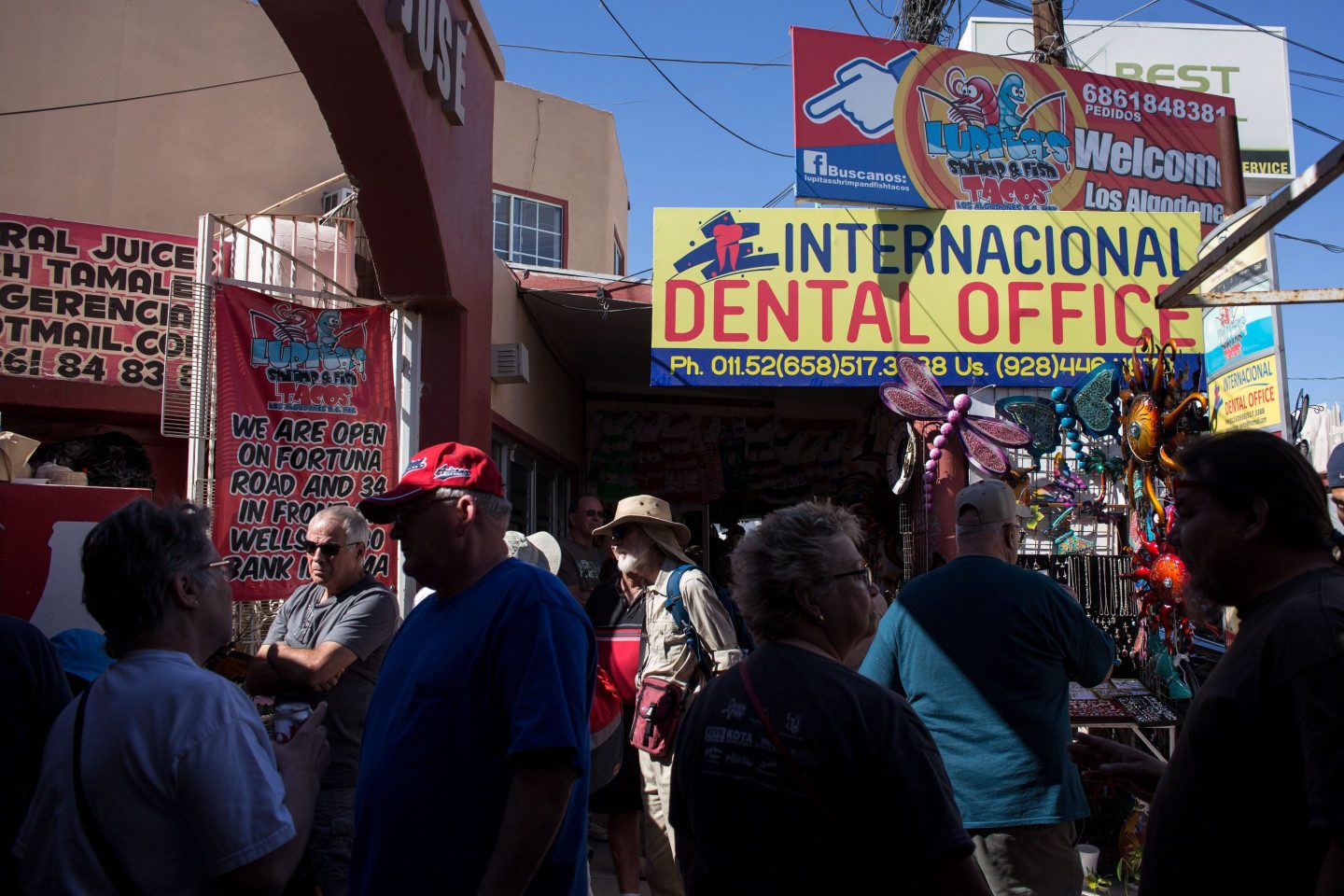 Many seniors cross the border to Los Algodones, Mexico, to get the dental care they can't afford in the U.S.
Guillwemo Arias—Getty Images

As Members of Congress continue their debate on the Build Back Better Act, it’s distressing to see House Democrats ignoring what Americans say they want most out of the legislation: adding dental coverage to Medicare.

If the dental benefit isn’t put back into the bill, lawmakers will have shown once again that they listen more to two powerful trade groups in Washington–America’s Health Insurance Plans(AHIP) and the American Dental Association (ADA)–than to their constituents. As someone who has been on both sides, writing talking points for insurers and, more recently, fighting the ADA’s efforts to kill other bills to expand access to dental care, I know these organizations well. And they usually get their way.

A recent Morning Consult poll found that the number one thing Americans say they want out of the reconciliation bill is Medicare dental coverage. That’s no surprise when you consider that millions of seniors lack dental coverage. Many suffer quietly with often excruciating pain caused by untreated–and often lethal–oral health disease.

The main reason Medicare hasn’t covered dental care since its inception in 1965 (except when oral health problems become so severe they require hospitalization) is that organized dentistry staunchly opposed it.

The dental lobby insists that any additional dental coverage should be restricted to the poorest Medicaid recipients. However, its main concern–as it was 56 years ago–is that Medicare would not reimburse dentists to their satisfaction. The ADA’s lobbyists, in essence, are placing the financial desires of dentists above the health needs of millions of Americans over 65, which is the age group with the lowest rates of dental coverage.

Lack of access to dental care has become so severe that seniors line up by the hundreds at charity clinics, like those held by Remote Area Medical. RAM’s data show that more people come to their clinics seeking dental care than for any other health issue.

An untold number of other seniors drive for miles to a small Mexican town where dental care is much cheaper and dentists more plentiful. The demand by Americans has become so great that Mexican dentists have flocked to the border town of Los Algodones–better known to Americans as Molar City.

Many seniors who travel to RAM clinics and Molar City are from rural communities and poor urban neighborhoods where dentists are scarce. According to the Health Resources and Services Administration, nearly 62 million people live in America’s 6,678 “dental deserts” in the U.S.–numbers that increase every year.

The Center for Medicare and Medicaid Services says implementing the Medicare dental benefit could take up to five years because of the shortage of dentists and the need to vet dentists before including them in the system. But that is not a good reason to drop dental coverage from the bill. Many Americans are clearly willing to travel long distances to get the dental care they need at prices they can afford.

It’s a problem that can be fixed, but organized dentistry is also standing in the way of a proven solution that would cost taxpayers nothing. Advocates and lawmakers in several states have proposed adding dental therapists–similar to nurse practitioners and physician assistants–to dentist-led teams. But the ADA and its state affiliates have lobbied and sued to keep dental therapists from practicing in the U.S.

Despite the dental lobby’s continued opposition, 13 states and several Tribal communities now allow dental therapists to practice and they’re making a significant difference in the overall oral health of those communities. So even though the ADA and insurers have enormous clout because of all the money they spend to influence lawmakers, they don’t always win, as the dental therapist movement has proven.

Insurers have joined the ADA in opposing adding dental coverage to Medicare because they’re more concerned about how the dental benefit would impact their bottom lines than the health of seniors. Some of the most aggressive lobbying against the proposal is coming from AHIP and another industry-funded group, the Better Medicare Alliance, which represents insurers’ profitable Medicare Advantage plans, many of which include a dental benefit. Insurers fear Medicare Advantage plans will be less appealing when traditional Medicare provides dental coverage.

If Democrats in Congress are as concerned about improving the health of Americans as they say they are, they will ignore industry lobbyists and restore the Medicare dental benefit to the Build Back Better Act.

Wendell Potter, a former health insurance executive, is president of the Center for Health and Democracy. His latest book, published on Nov. 8 by the W.K. Kellogg Foundation, is For Want of a Dentist: The Rise of the Dental Therapy Movement in Tribal Nations and the U.S.