Don’t let them tell you inflation is good for the poor. It’s not 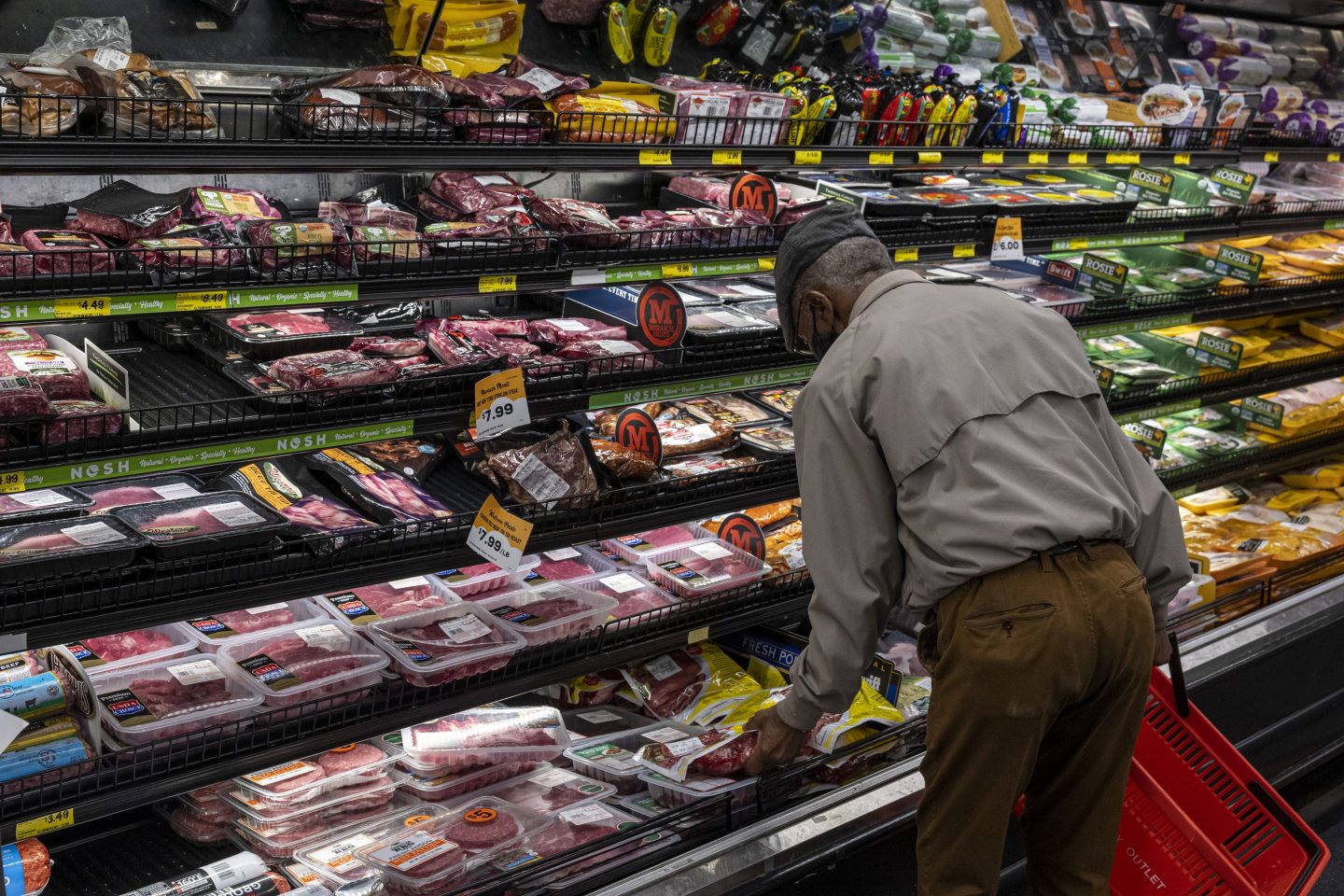 U.S. consumer prices are rising at a rate not seen since 1990, but not everyone is old enough to remember what high inflation really looks like.
Bloomberg/Getty Images

In October, U.S. inflation reached 6.2%—a 30-year high. Unless the Federal Reserve and the Biden administration change their current approach, the consequences of these inflation levels are likely to be most severe for the most disadvantaged sectors of society—the poor, women, and underrepresented minorities.

Authorities were rightly worried about a major economic contraction resulting from the pandemic, which is why the Fed and the government adopted monetary policies and fiscal policies aimed at stimulating the U.S. economy. The worry until recently was not that prices would rise, but that they would fall too much, as with Japan’s deflation. Free-falling prices are a concern because they lead to lower spending as consumers wait for better prices in the future.

Out of this inertia and worried about interrupting economic recovery prematurely, the Fed has dismissed concerns about rising inflation, pointing instead to its transitory nature. This is in line with a chorus of opinions exalting the benefits of inflation. As a former managing director of Blackrock put it, “Many Americans, particularly the less wealthy, actually stand to benefit from higher levels of inflation.” The intuition is that wages have risen steadily during the pandemic and inflation erodes the value of household debt, improving the purchasing power of salaried workers and reducing their debt burden.

With annual inflation below 5% in the past three decades, about half of the total U.S. population has no experience with high inflation. The median age is 38. People who have not lived through inflation find it difficult to concretely grasp its consequences. Although the rosy picture exalting the benefits of inflation might initially resonate with those concerned about poverty and inequality, the reality is more complex.

There are three important problems with letting inflation run high.

First, inflation has important distributional consequences, disproportionately hurting the least affluent sectors more than the wealthy. Although inflation erodes everyone’s purchasing power, the wealthy tend to own assets better able to weather inflationary periods. The price of real estate assets, for example, tends to appreciate with the general price increases in society, and rental income can be adjusted to keep up with the rising cost of living, providing property owners some protection against inflation. The wealthy also tend to have access to hedging mechanisms against inflation, such as shifting assets abroad, trading currency, or purchasing gold and cryptocurrencies.

Conversely, the working class depends on wages and salaries staying above inflation, which is difficult to obtain in practice once an inflationary spiral takes hold. Indeed, rising inflation has already eroded the early pandemic wage gains of American workers, and real worker compensation is now lower than its pre-pandemic trend.

Second, as inflation rises, so does the cost of reining it in. And as inflation expectations become entrenched, a greater effort is required to put a lid on it. That’s what happened in the Latin American experience during the ’80s and ’90s. Agreements between business groups and labor unions pledging to maintain price and wage levels failed repeatedly because nobody believed others would comply. In the U.S., a New York Federal Reserve survey points to expected inflation at 5.7% a year from now—the highest since data collection began in 2013.

In inflationary cycles, governments then have to adopt more stringent measures, which also tend to affect disadvantaged groups disproportionately. Steeper interest rate hikes and reductions in fiscal spending result in a harsher slowdown of economic activity, with layoffs and a higher cost of borrowing affecting more of those living paycheck to paycheck.

Third, inflation is not merely an economic phenomenon. It also leads to pervasive political and social consequences. High inflation generates generalized uncertainty and anxiety about one’s own future. Higher prices at the grocery store or the gas pump, as well as higher rent and heating bills become everyday reminders of this uncertain future, especially among the poor who are least able to protect themselves against unforeseen events.

Since all politics is local and people feel these effects directly in their pockets, it is not surprising that inflation is notorious for hurting political incumbents. Research consistently points to inflation as a key consideration affecting voting decisions, with incumbents paying a price for their inability to rein it in. In the U.S. about six in 10 respondents already call the state of the economy poor.

Because of its harmful consequences for the disadvantaged, the high costs of reining it in once it is high, and the social and political costs it generates, inflation must be addressed before it becomes more of a problem. Both the Biden administration and the Fed have a shared responsibility to act.

If the Biden administration will inject much-needed resources into the economy for infrastructure, environmental, and social spending, it must do so judiciously. In turn, the Fed must be swift in tightening monetary policy before inflation gets out of control. By the time we have certainty that inflation is not temporary, it will have been too late for its smooth management, and those who have the least will be stuck with the bill.