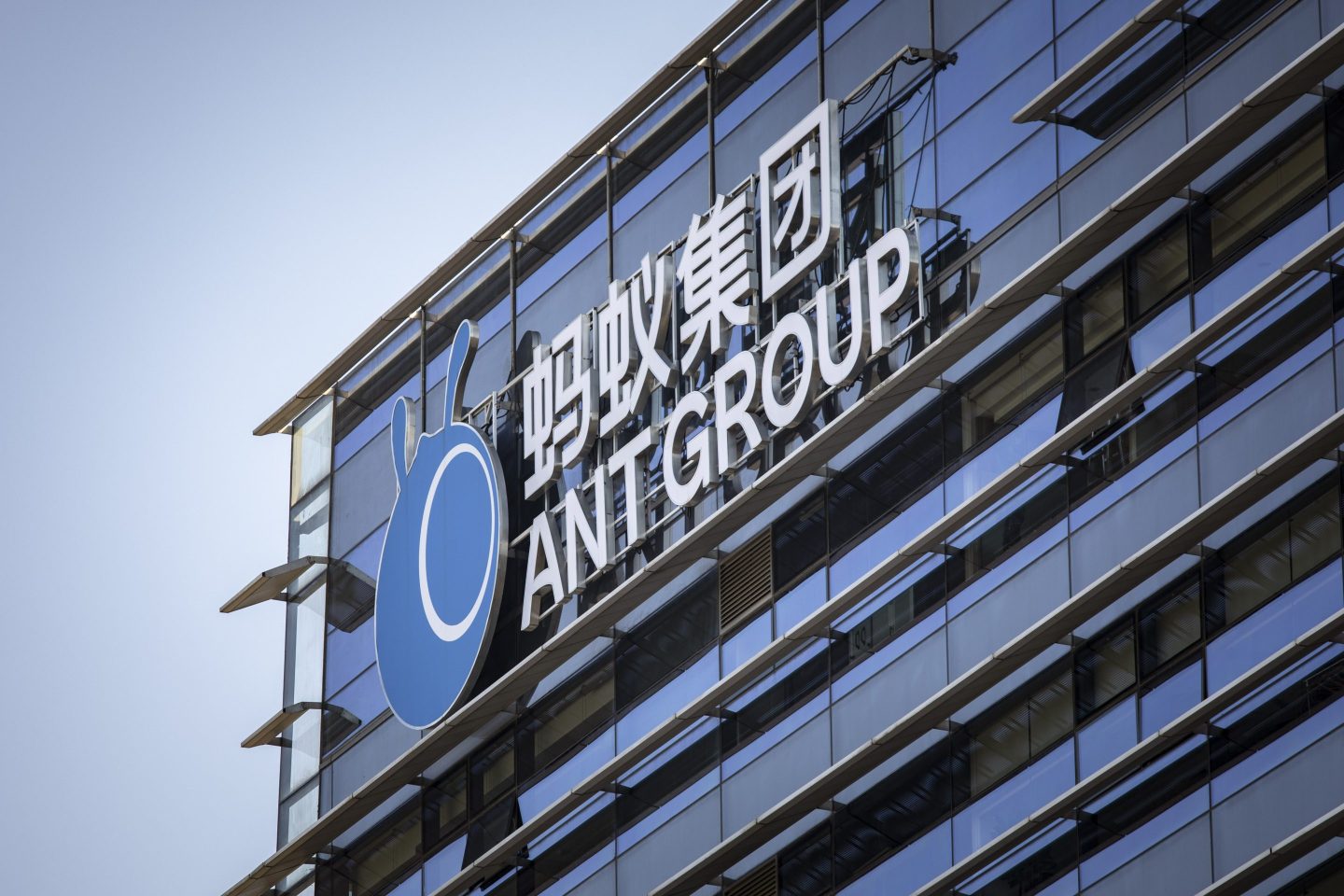 China wants to shift its tech sector away from the consumer internet and toward “hard tech,” argues professor Bert Hofman. Yet these efforts may undermine the entrepreneurial energy that makes China’s tech sector so dynamic.
Qilai Shen—Bloomberg/Getty Images

One year ago, on Nov. 3, 2020, China’s regulators pulled the plug on what was supposed to become the largest IPO of all time: Ant Group, valued at U.S.$37 billion back then. The regulatory storm in the year that followed has cost investors in China’s internet companies a fortune, triggered a debate over whether China was still investable, and even whether it is undergoing a new “Cultural Revolution.”

The debate took on such intensity that President Xi Jinping saw the need to confirm his support for the market by opening a new stock exchange in Beijing. Vice Premier Liu He, in charge of the economy, also assured Xinhua, the state-owned news agency, that China still likes the market and private enterprise.

Even if he’s not pursuing a new Cultural Revolution, Xi is rewriting China’s social contract. Since 1978, China has been living with an awkward compromise between Marxist ideology and an increasingly market-driven economy. Xi knows that his China dream of national rejuvenation needs growth, which increasingly has to come from innovation and productivity, something the market delivers better than China’s state-owned enterprises.

Yet it is clear this market will be different from before. Xi’s first economic program in 2013 stated that “the market should determine the allocation of production resources” but also that “the main responsibility and role of the government is to maintain the stability of the macroeconomy…and intervene in situations where market failure occurs.” But that intervention risks undercutting the entrepreneurial energy that propelled China’s tech sector to its recent apex.

The 14th Five-Year Plan, released last spring, was more specific about the sectors to be regulated, contained, or cracked down on: the platform economy, after-school tutoring, labor dispatch, illegal financial activities, speculative demand for property, income derived from monopoly, and energy-intensive and high-emission projects.

We saw what this meant over the summer of 2021.

The regulatory crackdown is, in part, motivated by the government’s desire for a different kind of technology. Rather than the consumer-focused tech in which the Alibabas, Tencents, and Meituans of the world excel, Beijing wants more hard tech, such as semiconductors, new materials, new energy, and aeronautics. ”Xi doesn’t care whether people can have their meals delivered 14% faster or if it is 7% easier to hail a car,” Jude Blanchette of the Center for Strategic and International Studies, a think tank, said in an interview with Goldman Sachs. “So, he’s more than happy to see capital steered away from those sectors and towards areas that he views as providing the foundation for China’s future.”

Local innovation will be more important than ever, given that the Biden administration, like Trump’s, seems set on controlling exports of sensitive technology. China now matches the EU in research and development spending as a proportion of GDP, and “government guided” investment funds now amount to 10% of GDP.

China is steadily rising in the rankings of patents and scientific publications. The World Intellectual Property Organization (WIPO) Global Innovation Index, which aims to measure a country’s overall innovation capabilities, currently ranks China No. 12 out of 132 countries, up from No. 29 out of 125 a decade ago.

Yet China continues to lag in basic research and technology. China spends relatively little on basic research, only 0.13% of GDP according to the OECD, less than half of that of the U.S. and only a third of Korea’s. And according to WIPO, China’s ranking when it comes to institutions for R&D is still relatively low at 61, though China’s most recent Five-Year Plan is trying to improve both.

China’s past innovation policies have delivered mixed results. Take semiconductors: Chips have been a priority for decades, yet China still has to import the more sophisticated ones. In part, this is because China’s billions are spread too thin, as each province wants to become the top producer. Each competes for the same scarce resources.

Technology is not just a sophisticated game, but also a long one that requires international cooperation. China may be a big country, but it remains to be seen whether indigenous innovation can be a substitute for the international talent and cooperation that other countries can bring to bear.

Nor is it clear that a more regulated socialist market economy can deliver the needed incentives for innovation. China needs entrepreneurs to boost productivity and strive for innovation and, indeed, finance it: Huawei, Alibaba, and Tencent, all private companies, are China’s top three spenders on R&D. There is no lack of entrepreneurial talent in China, but limiting the upside too much, and in an unpredictable manner, is hardly a recipe for growth.

To become billionaires, entrepreneurs have created whole new industries in China, created access to credit and payment services for those who had never seen a bank from the inside, and sparked millions of entrepreneurs in rural areas through e-commerce. And by doing so they have been a big part of China’s success in economic growth and poverty reduction.

China’s expanding R&D budgets and growing ranks of STEM Ph.D.s all but assures that the country will develop more cutting-edge technologies in its research labs. But it takes entrepreneurs to turn these technologies into applications that yield the productivity gains that will drive China’s future growth.

Beijing may believe it can drive its tech sector to focus on its strategic priorities. But it may end up discouraging the entrepreneurs it needs from being able to rise to that challenge.

Bert Hofman is director of the East Asian Institute at the National University of Singapore. He is editor of the recent book Innovation and China’s Global Emergence (NUS Press 2021) together with Erik Baark and Jiwei Qian.