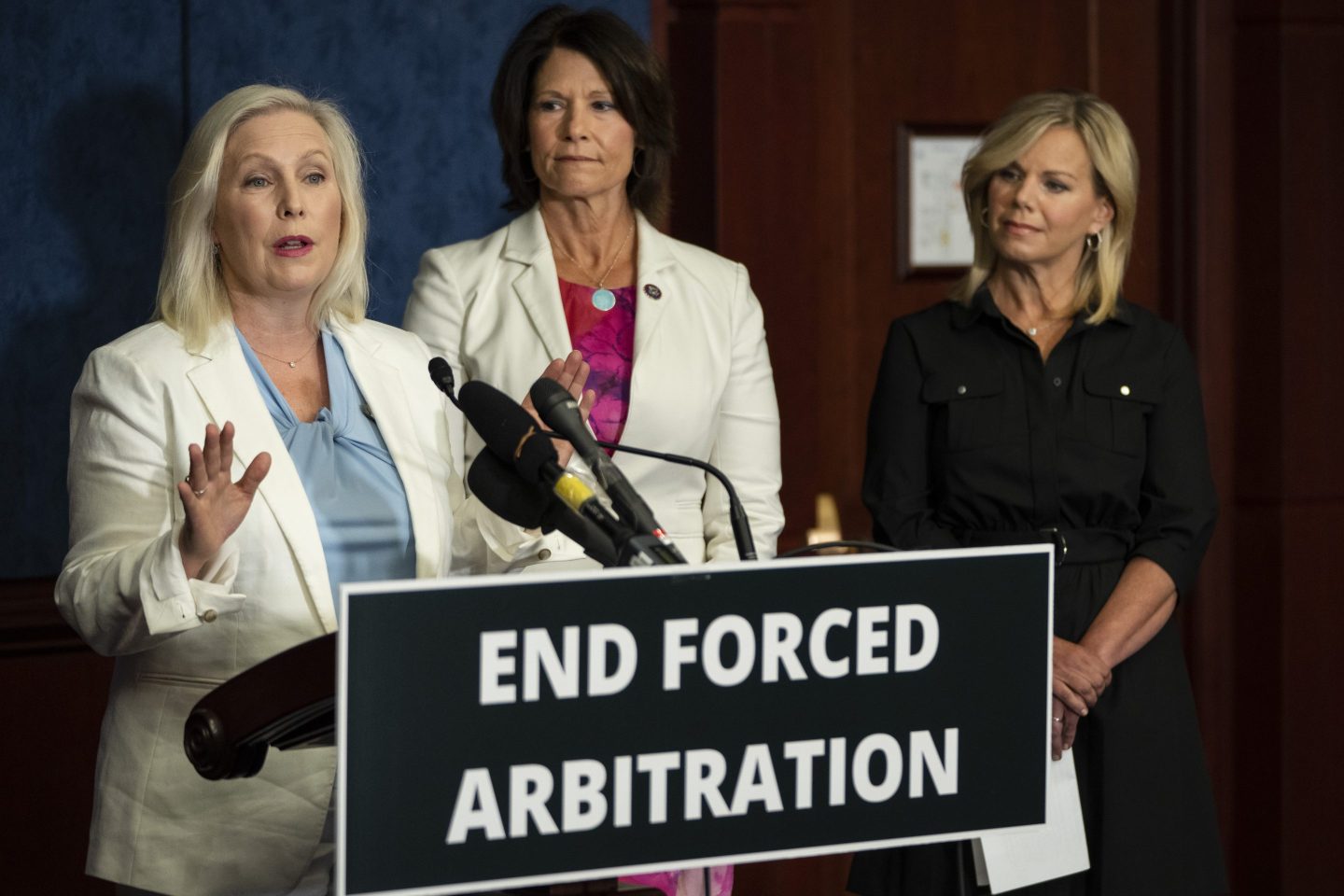 One of the most influential lobbying groups in Washington gambled big in the last election cycle–and won. Now, it’s cashing in its chips with the lawmakers it helped elect.

The American Association for Justice, which represents America’s plaintiffs’ trial lawyers, shelled out over $8 million during the 2020 campaigns. Almost all of that cash–98%– went to Democrats, who gained control of the White House and Senate while retaining their House majority by the slimmest of margins.

By all indications, that money was well spent. Lawmakers are busy scheming up ways to enrich their donors–even if it means making it harder for working people to get justice or further burdening taxpayers.

Consider the ongoing attempt to ban “pre-dispute arbitration,” a popular legal recourse for workers, but one that’s hated by the trial bar, since it lets employees and employers resolve disputes by turning to a neutral third-party, rather than resorting to lengthy–and for trial lawyers, lucrative–lawsuits.

Trial lawyers and their allies in Congress have tried to characterize arbitration as a coercive, anti-worker tactic favored by the C-suite. But nothing could be further from the truth. Workers usually fare better in arbitration than they do in the courtroom.

A 2019 study found that while employees won 11% of cases that played out in courts between 2014 and 2018, they prevailed in 32% of disputes that went through arbitration. More recent data suggests that the arbitration win rate could be even higher, approaching 40%.

Employees who prevailed through arbitration also secured awards twice the size of those they received through lawsuits, according to the U.S. Chamber Institute for Legal Reform. Arbitration is also quicker: It takes about 14% less time to resolve claims in arbitration than in litigation, on average.

One of the most extreme attacks on arbitration so far is the Forced Arbitration Injustice Repeal (FAIR) Act, which would effectively ban the use of arbitration in all employment, consumer, antitrust, and civil rights disputes. The FAIR Act passed the House in 2019 but stalled due to a lack of support in the Senate. It was once again greenlit by the House Judiciary Committee in early November but seems unlikely to pass the Senate.

Because they can’t gain significant cross-party support for aggressive measures like the FAIR Act, Democrats have started taking up less overt, but equally unfair approaches to ending arbitration.

One example is S. 2342, the Ending Forced Arbitration of Sexual Assault and Sexual Harassment Act, a bill that at first glance appears to address only workplace sexual misconduct. In reality, the legislation was so broadly worded by design that it could ban arbitration in all sorts of workplace disputes, even those that have nothing to do with harassment.

It’s effectively a backdoor FAIR Act for employment disputes, and it would achieve the trial bar’s goal of filling courtroom dockets to the brim. Lest anyone doubt what this is really about, Representative Sheila Jackson-Lee (D-TX), a supporter of the legislation, admitted during the recent markup of this bill that S. 2342 “is important to the trial bar.”

Democratic lawmakers are also cooking up another handout for their friends at the trial bar: a tax break. Conveniently gift-wrapped in their 2,000-page budget reconciliation bill, the proposal would cost American taxpayers $2.5 billion over the next decade by allowing contingency fee lawyers to immediately deduct their litigation expenses from their taxable income well before the conclusion of a case, thus making it financially much easier to bring a dispute to court. As the Wall Street Journal’s editorial board pointed out, this change would wrongly “subsidize more frivolous lawsuits against business.”

Legislative sausage-making is seldom a pretty process, but most Americans are willing to stomach that fact if the end results benefit them. However, in this case, there’s no upside. Ending arbitration would rob American workers and businesses of time and money while funding outsized payouts for the trial bar. And giving additional tax breaks to already deep-pocketed contingency fee lawyers smacks of naked cronyism.