Oprah Winfrey’s investment in Spanx is a full-circle moment 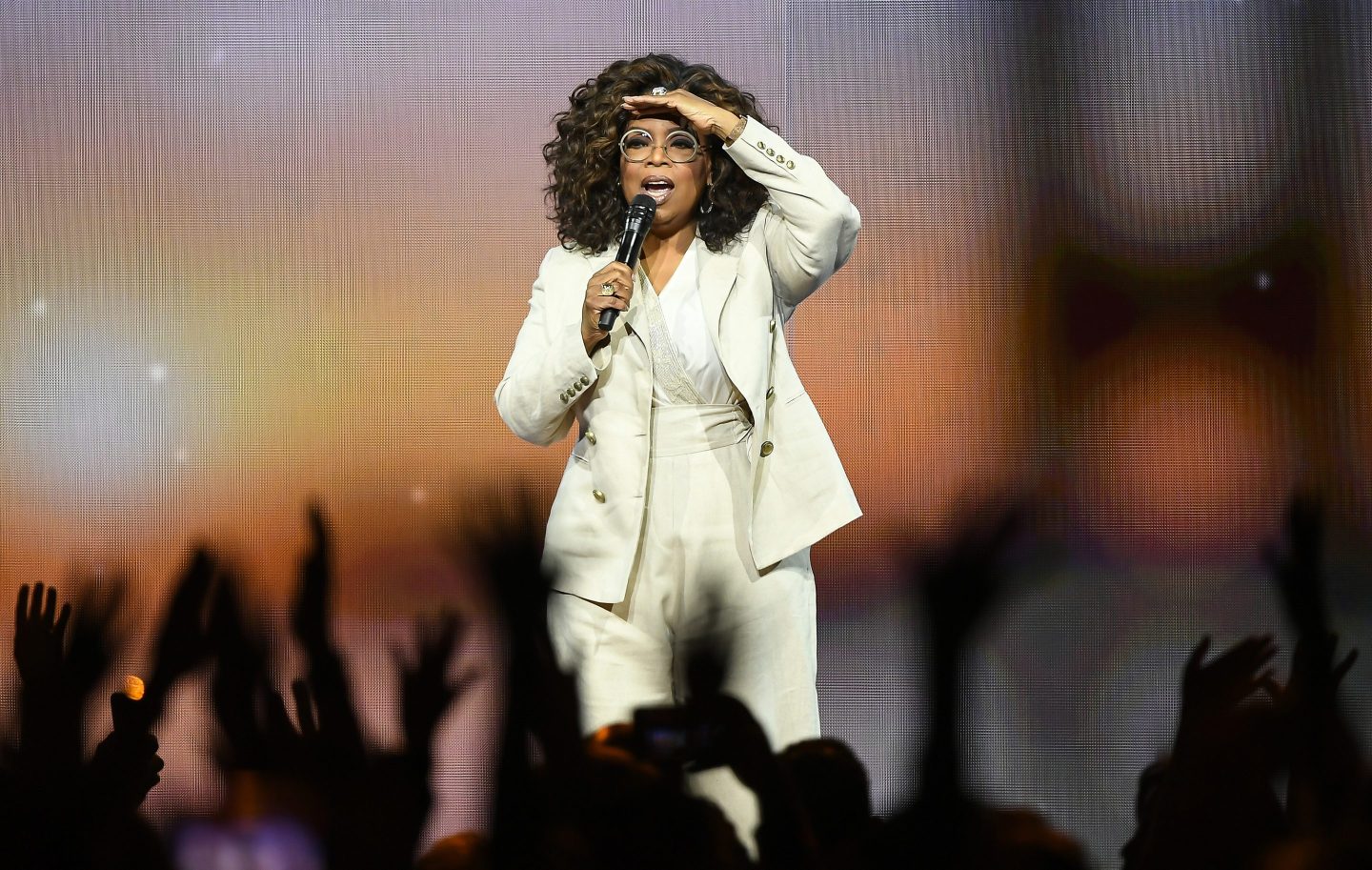 Good morning, Broadsheet readers! CVS Health is closing 10% of its stores, J&J’s Jennifer Taubert gets ready for a future without consumer, and Sara Blakely’s Spanx takes on notable new investors. Have a relaxing weekend.

– Full circle. Just last month, Sara Blakely, founder of Spanx, announced she was selling a majority stake of her shapewear company to Blackstone after bootstrapping the brand for decades. “People have asked me for 20 years, ‘When will you sell Spanx?’ And for 20 years I would say…‘I’ll just know.’ Well that day is today,” she said at the time.

(Recall that Blakely celebrated the sale by giving all her employees two first-class plane tickets to any destination and $10,000 in cash.)

On Thursday, Blackstone completed the deal, which values Spanx at $1.2 billion, and brought on new investors, among them Oprah Winfrey, actress Reese Witherspoon, and Bumble founder and CEO Whitney Wolfe Herd.

The new roster of investors speaks to Blackstone’s relationship with the three female entrepreneurs: Winfrey has invested alongside Blackstone in plant-based milk Oatly, and the firm previously invested in Wolfe Herd’s Bumble dating app and Witherspoon’s Hello Sunshine production studio. An all-women team from Blackstone brokered the Spanx deal and together the companies plan to establish an all-female board for the shapewear brand. Blakely will become executive chairwoman.

For Winfrey, in particular, the Spanx investment is a full-circle moment. She included the company’s trademark compression undergarments as one of her ‘Favorite Things’ on her eponymous talk show in 2000, and the endorsement catapulted Spanx into women’s closets everywhere.

In a statement, Winfrey says Spanx are still one of her wardrobe staples. “It’s remarkable the business that Sara and her team have created, with the comfort and support of all women at the heart of their creations,” she said, “and I’m happy to be part of the evolution.”

- Health coverage. CVS Health is planning to close 900 stores over the next three years, or 10% of its footprint, in response to changing "consumer buying patterns." CEO Karen Lynch says that CVS's "presence in thousands of communities across the country" still provides a "competitive advantage" and the business pursues its strategic shift into health care. CNN

- New J&J. Johnson & Johnson's split into two businesses, consumer and pharmaceutical, is being shepherded by execs including EVP and worldwide chairman of pharmaceuticals Jennifer Taubert. She says the newly separate pharma and medical devices business will invest in areas including developing new drugs for eye disease and lung cancer. Bloomberg

- Military hiring. First Lady Jill Biden is championing another cause: unemployment among military spouses. She's asking businesses to expand their effort to train and hire veterans to include military spouses. "[Servicemembers] question how long they can serve their country when their spouse is unhappy or feels unfulfilled," she said this week. "Our military isn’t going to be able to keep our best and brightest if they have to choose between their love of family and their love of country." Washington Post

- Build childcare better. How did childcare become the most broken business in America? One daycare center owner tells her low-paid potential employees: "If you are deciding whether to be a barista or do this, you should be a barista." The Build Back Better Act's child care provisions have the potential to change this broken business model—but it's not guaranteed that states will adopt its measures. Bloomberg

- Tough hearing. Comptroller of the currency nominee Saule Omarova faced tough questioning at a confirmation hearing in front of the Senate Banking Committee. Rightwing commentators and lawmakers have opposed Omarova's nomination, but some pressure at the hearing came from moderate Democrats. WSJ

Inside the turmoil at Jezebel Gawker

"My prep is reminding myself who I once was, and that was a girl singing show tunes in her bedroom, hoping that people would subscribe to her YouTube channel. And I haven't forgotten her ever since."

-Actor Rachel Zegler on preparing for the release of Steven Spielberg's West Side Story. She won the role of Maria via an open casting call in 2018.