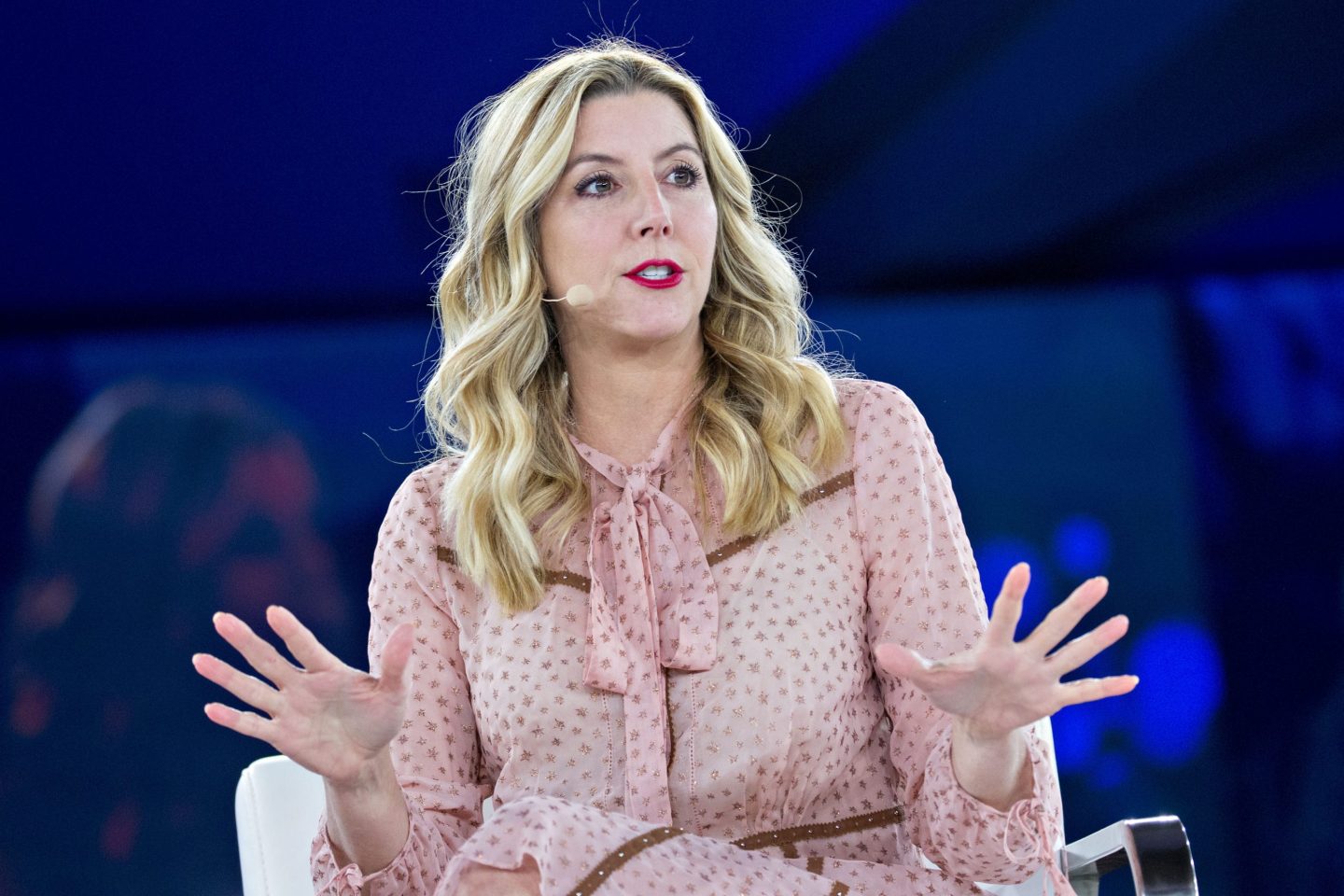 – An ‘and you get a car!’ moment. When Sara Blakely sold a majority stake in Spanx to Blackstone last week, the deal valued the shapewear company at $1.2 billion and made the founder a billionaire once more. (Her net worth had reportedly dipped into the nine digits in 2020.)

“People have asked me for 20 years, ‘When will you sell Spanx?’ And for 20 years I would say…‘I’ll just know.’ Well that day is today,” she said in an Instagram post on Wednesday. Blakely, who will retain an undisclosed stake in Spanx and become its executive chair, famously bootstrapped the shapewear company for $5,000, conceiving of its trademark compression shorts after cutting the feet off a pair of control-top pantyhose. Since founding the company in 2000, she’d declined outside investment until last week’s Blackstone deal.

In announcing the sale, Blakely thanked the all-female team she’d worked with at Blackstone, and days later, she thanked Spanx employees, most of whom appear to be women, with a rather generous gift: two first-class tickets to any destination in the world and $10,000 in cash.

Blakely posted a video of her announcing the perks on Instagram. There are screams. There are tears. There are gasps of disbelief. One woman’s going to Bora Bora on her honeymoon. Another’s headed to a safari in South Africa. It all makes for a rather heartwarming video that recalls Oprah Winfrey’s “and you get a car!” moment. (That’s fitting, since Winfrey catapulted Spanx into the mainstream when she named the undergarment one of her ‘Favorite Things’ in 2000.)

But splashy corporate perks aside, it’s clear Blakely sees the Blackstone deal as an occasion to pay it forward, and to draw attention to the inequity that plagues female founders.

“This is a very big moment for each and every one of you,” said Blakely, who will become Spanx’s executive chair, “and I want to toast the women that came before me and all of the women in the world who have not had this opportunity.”

- Facebook U.K. Facebook whistleblower Frances Haugen testified before U.K. lawmakers yesterday. She told a parliamentary committee that the tech giant should "slow down" how people use its platform to counter disinformation, but that the company has resisted doing so because of the impact to its bottom line. Fortune

- Global perspective. Just how behind is the U.S. on paid leave? The world "has found a way to do this," says one expert. The current Democratic proposal on the table, now cut to four weeks, would add federal paid leave for the first time in the U.S.—but would still be far behind other countries. NYT

- Exchange rate. Atrato Onsite Energy is set to list on the London Stock Exchange next month—which would make the energy business the first company with an all-female board to be listed on the 400-year-old exchange. The company is chaired by Good Energy founder Julie Davenport alongside audit committee head Marlene Wood and non-executive director Faye Goss. Guardian

- Fairy-tale ending? The wedding of Japan's Princess Mako to Kei Komuro took place today—a long-awaited event, the pressure of which the princess has said contributed to post-traumatic stress disorder. Upon her marriage to a commoner, Princess Mako will no longer be considered a member of the royal family, a sign of the gender inequity within the Japanese royal family. New York Times

- Special event. Netflix has been dealing with the fallout of Dave Chappelle's anti-trans jokes in his standup special on the platform, but until now the comedian has largely not responded to the uproar. Now Chappelle says he would meet with trans employees at Netflix, but he stood by his special and declined to apologize for his comments. Variety

- Skimming it. Kim Kardashian West's Skims brand is collaborating with Fendi. The designer crossover event is a sign of what's to come for the $1 billion brand that's just one part of Kardashian West's empire. WSJ

- Liberty code. Investigative reporting from ProPublica finds that Liberty University, the school founded by evangelist Jerry Falwell, has ignored reports of rape and "threatened to punish accusers for breaking its moral code." One ex-official describes the environment as a "conspiracy of silence." Liberty has declined to comment on matters related to pending litigation. ProPublica

The problem with Shiv Roy Slate

"I want to be seen just as a conductor."