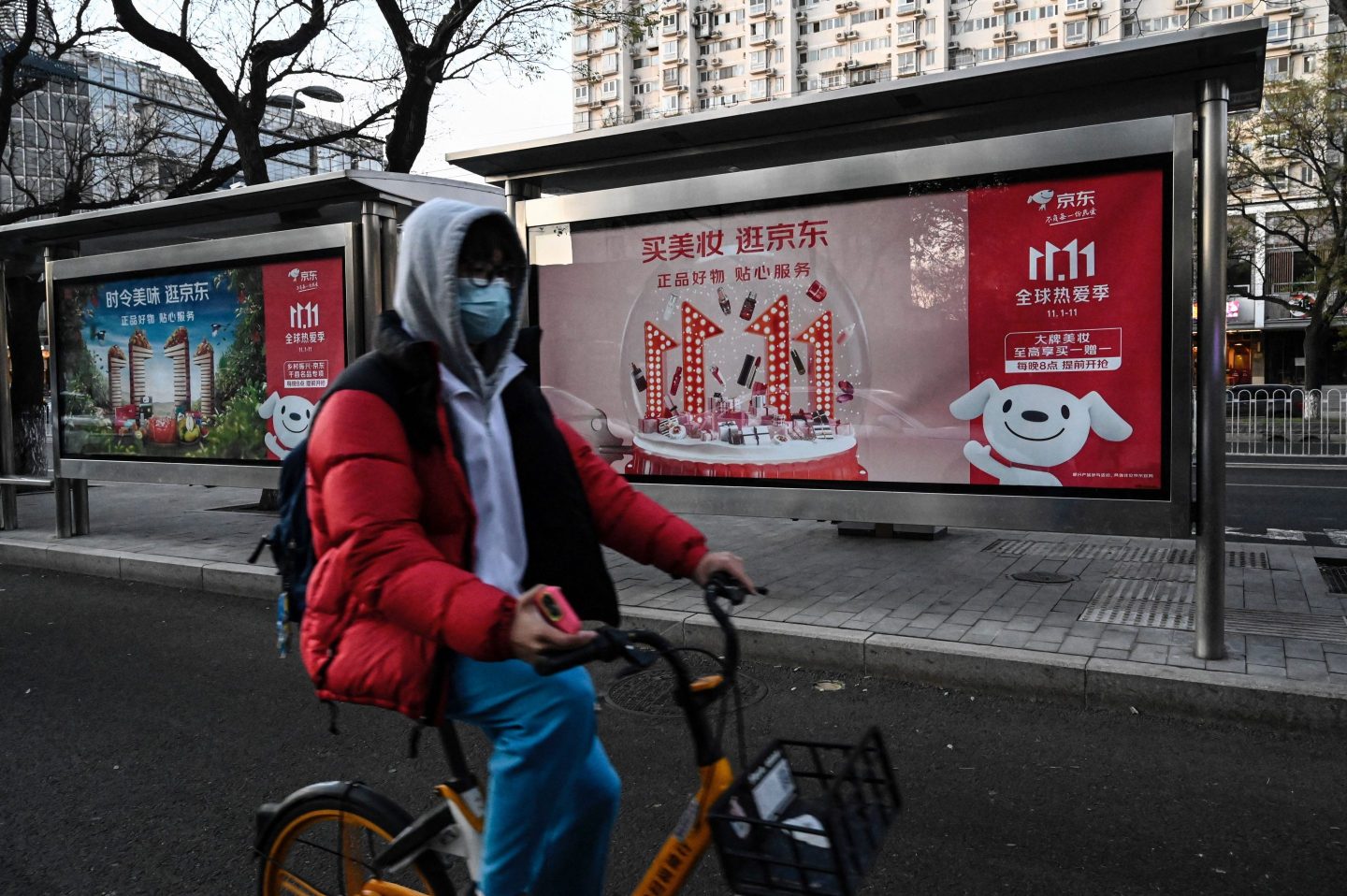 Over the past decade, Singles Day has grown into the largest shopping event in the world.
Jade Gao—Getty Images

China’s Singles Day shopping festival starts today and millions of Chinese consumers are hungry for bargains. The annual torrent of deals from online retailers like TMall and JD have made Singles Day the biggest retail event on Earth, blowing Black Friday out of the water.

But Singles Day is maturing, due to intensified competition, a dwindling pool of untapped shoppers, and a new emphasis on sustainable growth. Chinese retail must mature too.

It’s getting harder for retailers to post eye-catching sales increases on Nov. 11. The sales metric most used is Gross Merchandise Value (GMV): the total monetary value of products and services confirmed on an e-commerce platform. Between 2014 and 2019, as more shoppers participated, the compound annual growth in Singles Day Gross Merchandise Value (GMV) was 35% for the overall retail sector.

At first glance, last year’s festival continued that period of massive growth, with $130 billion GMV attributable to Singles Day activity, more than double the $64 billion posted in the pre-pandemic 2019 event. However, 2020’s GMV figure is inflated by ten days of pre-event promotions. When you properly compare the same ten-day time period between 2019 and 2020, the year-over-year increase was 29%. That’s still a strong performance, but it’s a sign that opportunities for growth are more elusive now that Singles Day is so vast.

That’s not to say that Singles Day will be a flop this year. According to our survey of 3,000 consumers across a wide range of Chinese cities who took part in last year’s festival, 95% said they were going to take part again this year, and 52% said they were planning to spend even more.

The key growth trends from last year appear to be continuing. The pandemic-related surge in spending on wellness categories should carry over from 2020 to 2021, especially in cosmetics and personal care. Participation from lower-tier cities, such as Haikou and Huaibei, will likely breach a symbolic threshold: There will be more first-time Singles Day participants from Tier three, four, and five cities than from Tier one and two cities, which tend to have bigger, wealthier, and more sophisticated consumer populations.

Yet, headwinds are mounting. For instance, there aren’t that many shoppers left to recruit in lower-tier cities, and their pockets aren’t as deep as those in Tier one and two cities. Competition has been escalating. Sales are increasingly split between a growing number of platforms, as other retailers join the Alibaba-owned Tmall in pushing the shopping festival to new heights. And shoppers are embracing this fragmentation: more than half of consumers in our survey were planning to shop on three or more platforms this year.

The way these figures will be interpreted has also changed. Sustainable growth and profitability are now in favor, not a win-at-all-costs obsession with ever-increasing sales. That shift is partly self-generated, as strategic priorities mature after stratospheric expansion, but it also reflects a steep drop in stock market valuations. For instance, the enterprise value-to-sales multiple of four leading e-commerce players fell 39% in the first half of 2021 amid high-profile regulatory moves.  A lower valuation means companies are paying more attention to their overall finances.

All these factors will put Chinese retailers in a tricky position. On the one hand, they need to ease up on the Singles Day discounts and boost their margins. But on the other, they need to meet the expectations of millions of shoppers who aren’t ready to give up their deals.

It’s a dilemma, but retailers can start to lay the foundations of a longer-term solution by putting customer loyalty front and center.

This approach means shifting the focus away from acquiring customers and tracking short-term spending to nurturing long-term shopper relationships and, crucially, targeting the most valuable customers. This demands a broader range of metrics than just GMV: customer retention and advocacy, operating profit, and customer lifetime value, for example. Retailers should also integrate Singles Day into a comprehensive schedule of promotions across the year, rather than letting it remain a one-off event that dominates the calendar.

Above all, they need to extend their appeal beyond just discounts and other functional benefits to value-added elements that consumers appreciate more deeply. Some leading retailers are already doing this, providing meaningful loyalty benefits drawn from across their ecosystem, or ensuring prompt and reliable delivery. That fosters a loyal connection with customers that goes well beyond a superficial “we like your deals” endorsement.

That would mean China’s retailers can win throughout the year, and not just on the biggest day in the global retail calendar.