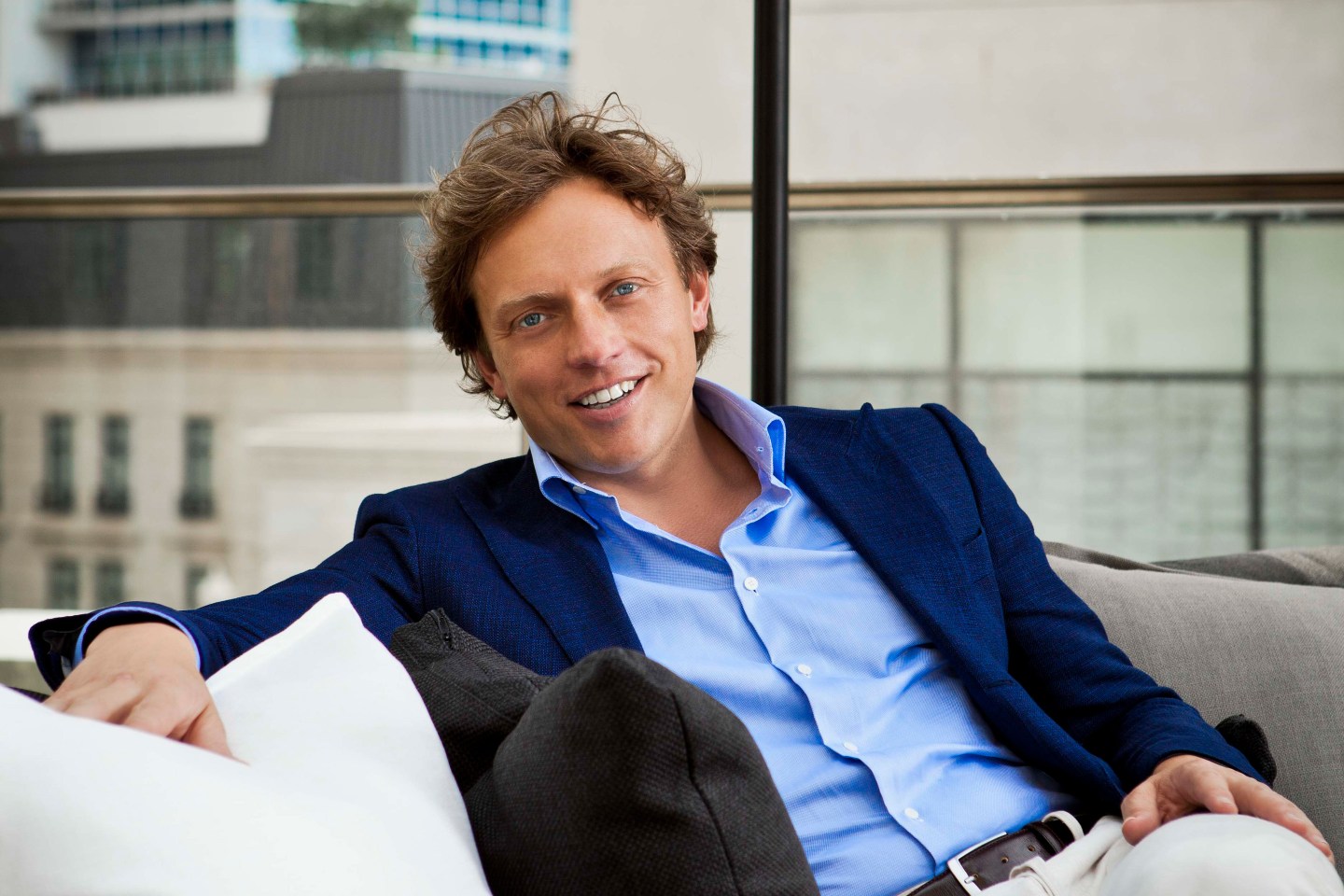 Suitsupply’s flagship store on Amsterdam’s elegant Willemsparkweg was humming with activity on a recent Wednesday morning. Three men were being fitted for suits, many others browsed the sweaters and turtlenecks that signaled the arrival of autumn styles, and two tailors working in a space overlooking the street were cutting fabric and working their sewing machines to make custom suit jackets.

And then there was Suitsupply CEO Fokke de Jong showing a visitor how a 600-euro camel blazer compared favorably to that of an Italian luxe brand’s for a fraction of the price, touting the use of materials from Italian mills by with manufacturing done at Suitsupply’s factories in China.

That a store selling men’s suits—one of the hardest hit areas of retail globally during the pandemic—was so busy on a weekday morning came as a relief to de Jong, who founded Suitsupply in 2000 and still owns it. The 48-year-old said business has been snapping back faster than expected where COVID-19 related restrictions are being lifted. In 2020, overall sales fell about 40% to 205 million euros ($237 million) for the company, which operates 118 stores in 25 countries. Recovery has varied enormously by market, but Suitsupply expects to be back to pre-pandemic revenue, or more, this year.

There are indeed signs of life in the men’s suiting markets: Macy’s and Nordstrom are among the U.S. retailers to say men’s wear sales have soared in the last few months. At the same time, others are retreating in some of Suitsupply’s key markets, presenting an opportunity for the Dutch company but also reflecting a still uncertain climate for suiting: Marks & Spencer, to cite but one example, will stop selling suits, which it has sold since 1939, at more than half of its stores after a 72% decline in sales in the last year.

Outside the U.S., De Jong has seen quick bounce backs in Germany, Denmark, China, England, South Korea and pretty much most markets where Suitsupply operates once they re-open. “Everybody makes hyperbolic projections of how the world is going to change,” de Jong tells Fortune in the garden lounge of the Amsterdam store. “All the stories that people were just going to buy sweatpants and just sit around watching Netflix for the next 10 years, and they’re not going to buy suits, it is just not true.”

Doubling down on stores

Like most apparel retailers, Suitsupply spent a good chunk of 2020 in emergency mode; cutting orders and costs to protect cash. But now de Jong says he is ready to go on the attack again. That includes, almost counterintuitively, more physical retail even though e-commerce generated 30% of revenue before the pandemic. It also means, among other projects, an extra floor being added to his stores in Miami and Manhattan’s Madison Avenue, and quadrupling the size of a London store. Last year, Suitsupply doubled the size of its SoHo store in New York, renovating a rooftop and turning the location into a social space as much as a store. Even though the company was early to embrace e-commerce, de Jong says stores are Suitsupply’s secret sauce in terms of conveying the irreverence, sexiness, and hipness he says makes the company stand out in the busy men’s wear field.

Suitsupply’s strategy in locating stores is one of the key factors that has helped the company avoid a cash crunch during the pandemic. After a brief stint at Procter & Gamble at the start of his career where he discovered he didn’t like corporate life, de Jong started the company in 2000 by selling suits out his Renault station wagon’s trunk. To keep costs low, he opened stores in spots with no or few other retailers, an M.O. he keeps to this day to get lower rents and lock them in.

For instance, Willemsparkweg was a quaint Amsterdam street with little retail before Suitsupply opened up shop. It’s now host to a number of upscale stores too. “We came here 15 years ago. There was nobody here. We had to make sure to have great products, great service and then did they go out and find us,” he says. In London, he has a store near Savile Row, but not quite on it. More recently, Suitsupply opened a store at Manhattan’s Hudson Yards as an early tenant to get favorable terms.

De Jong says that along with opening more stores, and adding space for things like fitting parties for grooms and their groomsmen, Suitsupply will expand many existing ones to have more “back of the house” space because of how online shopping has evolved. In-store pickup of online orders is now standard for many retailers and old hat for Suitsupply.

But similar to what Nordstrom and Bloomingdale’s are doing by opening smaller locations for services, Suitsupply’s stores are playing a bigger role as distribution hubs. What’s more, the stores are increasingly important as service centers: for instance, Suitsupply is developing its capacity to allow men to pre-select online clothes they’ll want to try at the store to offer them more efficient visits, in addition to its long-established personal styling service. “We’ve learned is that people are actually very happy to get those unknowns out to prepare an online shopping experience,” he says.

De Jong wants Suitsupply to be in a position to fully benefit as men’s work and social lives continue to re-open, betting that sartorial sophistication will return and with it, a need for new new duds. “I’m not a futurologist. But the one thing I can say is that people want to dress up again.”