How Dutch grocery giant Ahold Delhaize is taking on U.S. rivals with tech 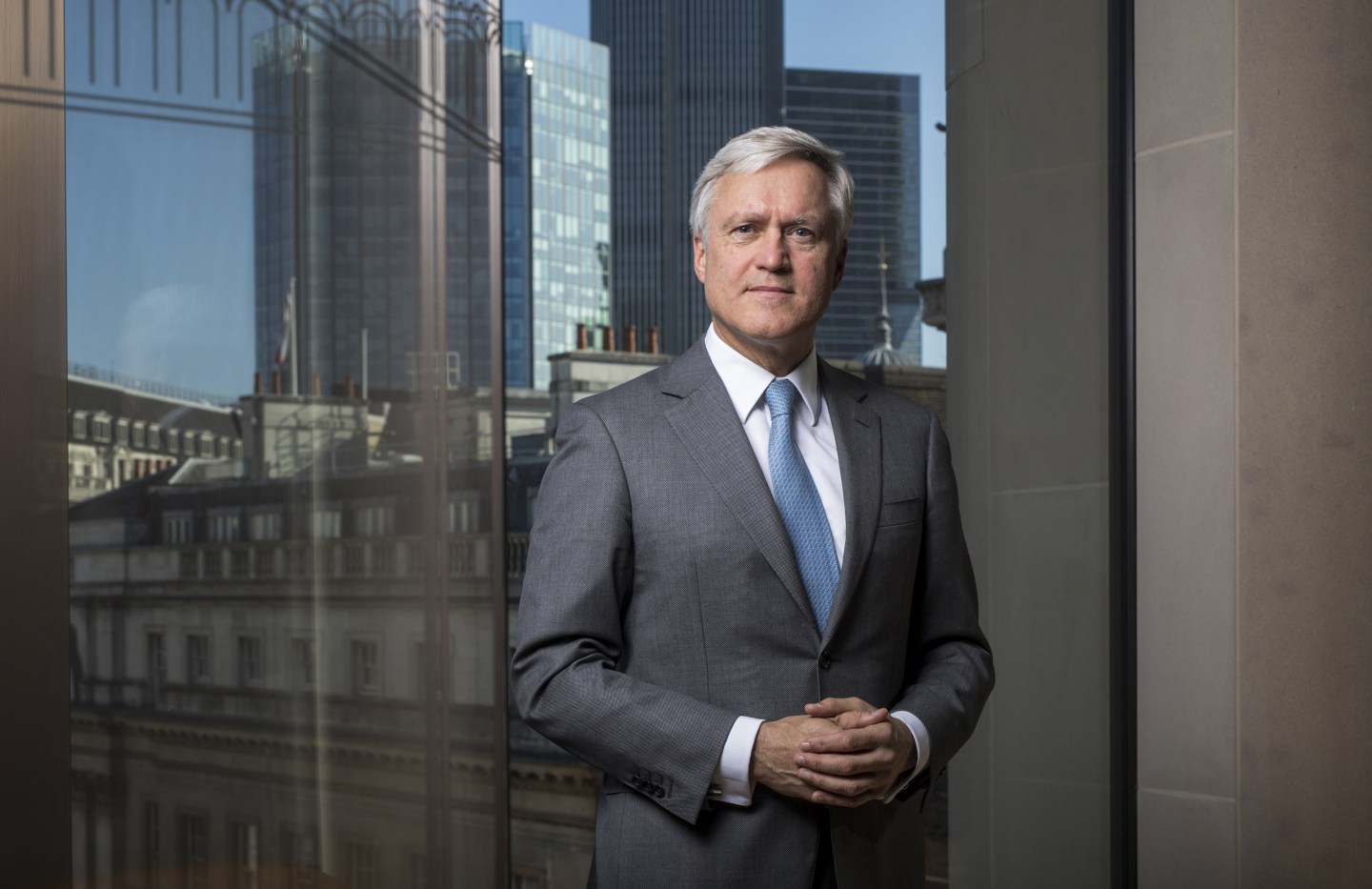 Like most grocery chains, Dutch conglomerate Ahold Delhaize has benefited mightily from the boost the COVID-19 pandemic has given to online food shopping. Now the company has a plan to hold on to that growth and use tech to keep aggressive rivals like Albertsons, Walmart, and Kroger at bay.

The average U.S. consumer probably doesn’t know the corporate name Ahold Delhaize, but the Dutch company operates 18 retailers across 11 countries. In the U.S., where 60% of Ahold Delhaize’s revenues from come, that includes Stop & Shop, Food Lion, Giant, Hannaford, and Fresh Direct. Last year, Ahold Delhaize’s U.S. sales came to $52 billion, enough to make it the third-largest grocer and 12th-biggest retailer overall, according to Kantar. Comparable sales rose 13.3% in 2020 and have continued to rise this year. It ranks No. 87 on Fortune’s Global 500 list.

In the face of aggressive investment in online groceries by its American rivals, Ahold Delhaize is more than holding its own: In its most recent quarter, online sales were 6.8% of U.S. revenue, just more than triple the percentage two years earlier. And the company’s chief executive, Frans Muller, says the company has long been an e-commerce pioneer among grocers and knows how to build on that.

“If you look at technology and digital, we have a long, positive history of investing in these kind of spaces,” Muller tells Fortune in his office at Ahold Delhaize’s headquarters in Zaandam, the Netherlands, just north of Amsterdam.

The company has for 21 years owned Peapod Digital Labs, the first still-existing U.S. online grocery store, which also serves as an in-house tech incubator for its U.S. chains. More recently, Ahold Delhaize has begun testing fully automated distribution centers in the U.S. as well as in Europe. The company will have 1,400 of its 2,000 U.S. stores set up for retrieval of online orders by year-end, up from 1,225 now. (A monthly survey by Brick Meets Click and Mercatus found that Americans spent $6.8 billion online on groceries in June, with almost 80% of those orders picked up by a customer rather than shipped straight to their home, illustrating the importance of “click and collect” options for grocers.)

In an encroachment on Amazon’s territory, Ahold Delhaize is about to launch Ship2Me, a U.S. website offering 100,000 general merchandise and food items, among many initiatives. Back home in the Netherlands, where its flagship Albert Heijn stores are ubiquitous, it recently launched a no-fee home delivery service for small households.

The company, whose stock trades on the Euronext Amsterdam stock exchange, gets kudos from financial analysts for how it has leveraged the grocery boom. “Ahold Delhaize may face a short-term revenue slowdown in-line with peers, but it has used the pandemic to quicken changes that prepare it for the future,” Bloomberg Intelligence wrote in a research note in August. In the first half of 2021, sales companywide rose 4.4%, but the challenge now is maintaining that momentum.

Ahold Delhaize has little choice but to keep up the pace. Kroger, the No. 1 U.S. dedicated grocer, recently opened its first 20 automated warehouses for filling online grocery orders. Powered by tech company Ocado, the 375,000-square-foot order fulfillment centers use artificial intelligence, advanced robotics, and automation to streamline the fulfillment process. Walmart, which gets 56% of its revenue from food, can leverage its thousands of stores to support e-commerce, and Albertsons earlier this year announced a multiyear partnership with Google to develop things like shoppable maps with hyperlocal information, predictive grocery-list building, and A.I.-fueled conversational commerce.

Muller takes the competition seriously but makes clear Ahold Delhaize is no slouch. The retailer is opting for so-called micro-fulfillment centers for its Giant chain to open later this year: smaller facilities that would serve an area like downtown Philadelphia. Unlike Kroger’s Ocado tie-up, Ahold Delhaize prefers to have a greater number of smaller centers to stay “agile” rather than a few mega-facilities and not place too big a bet until the industry figures out how best to handle online grocery delivery.

While Muller sees opportunity in the U.S. for a certain number of smaller format urban stores, “Americans love their assortments, they love their parking,” he quips.

The 60-year-old CEO thinks online grocery sales will ultimately settle in at a low-double-digit percentage and not in the 25% range some have predicted. “It’s not going to happen because of the complexity of the supply chain. Food is chilled, frozen, fresh, and so on,” he says. Amazon and Walmart notably have struggled to find ways of delivering groceries that don’t also demolish profits.

Still, Muller wants Ahold Delhaize to get its share of the booming e-commerce market. Enter Ahold Delhaize’s acquisition this winter of a majority stake in FreshDirect, the leading online grocery delivery service in New York City. The deal was not just about expanding market share in the country’s largest metro area. (Ahold Delhaize now expects U.S. e-commerce to grow 70% this year rather than its initial forecast of 60%.) The acquisition was also about partially integrating with Stop & Shop in terms of merchandise and the sharing of best-practices tech and otherwise.

“They have a very unique way they source with their vendors,” says Muller of FreshDirect. “They have a direct relationship with 150 farms where they source directly, have a very short supply chain, very fresh merchandise. I think there we can learn from that, how can we shorten supplies and can we add our own fresh levels.” In turn, Ahold Delhaize expects it will build Fresh Direct with more points of sale, including physical ones, and stronger digital marketing.

The Fresh Direct acquisition shows how Ahold Delhaize’s U.S. expansion strategy has evolved. Muller prefers to build upon his existing chains in current and neighboring markets, rather than buy a new grocery company in parts of the country where Ahold Delhaize is relatively inexperienced. For instance, Food Lion, which recently reported its 35th straight quarter of comparable sales growth, recently added several dozen stores, including 62 bought from other Southeastern chains. And Stop & Shop is renovating 11 stores and adding 60 new ones.

“The most preferable way to grow your business is organically,” he says. Still, he quickly adds, the company still has room to grow. “There’s quite some white space, still on the East Coast of the U.S., white space in the U.S. in general.” That could come in the form, for example, of more Hannaford stores in Western New York, near its stronghold of upstate New York and New England.

So the company’s acquisitions strategy will focus on more prosaic things like developing its own distribution network and tech. At the same time, Muller sees an opportunity in newer consumption habits resulting from the pandemic. “Consumers in the U.S. are eating healthier, are cooking more at home, have more in-home consumption,” he says.

And many will stick, Muller predicts. “People are cooking more. I have New York friends who’d never cooked in their lives,” he says. “We did our utmost best to adjust assortments of convenience, on healthy reformulation, and on private label. We traded up our online services, like same-day delivery.”

With more Americans eating at home while they wait for offices to reopen, Muller sees a lot to work with. He recently told investors, “Offices will still be closed, so all these kinds of elements, I think, play into our positioning, and we will benefit from that.” And the time to grab that market share is now.