Is it possible to create a feminist, inclusive ‘Sports Illustrated’ swimsuit issue? 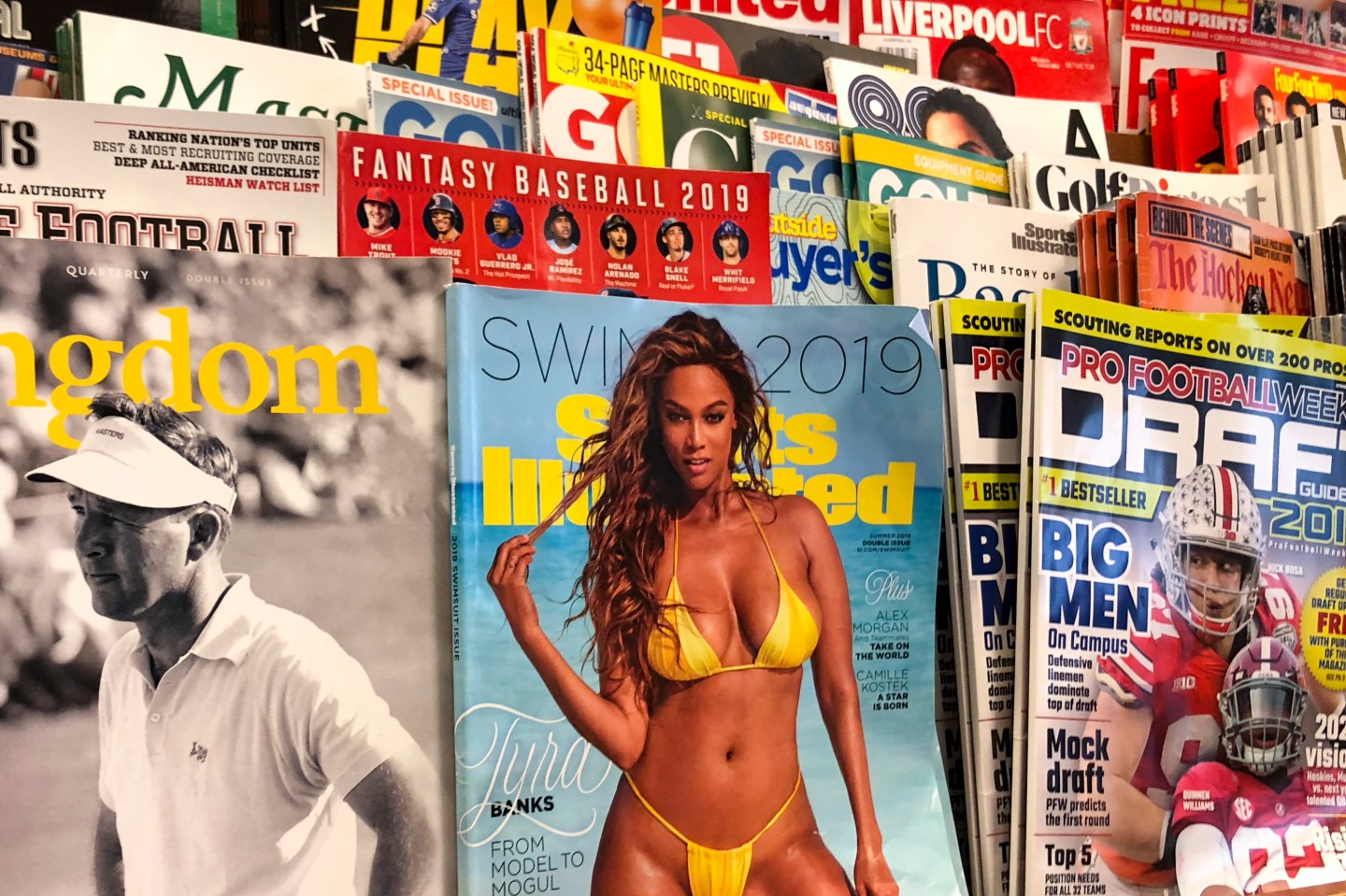 The Sports Illustrated swimsuit issue has evolved. But can it ever become truly inclusive?
Drew Angerer—Getty Images

Good morning, Broadsheet readers! Laurel Hubbard is poised to become the first trans athlete to compete in the Olympics, Rent the Runway files for an IPO, and the Sports Illustrated Swimsuit issue tries (again) to update for the modern era. Have a productive Tuesday.

– It’s that time of year again! Some things in life are certain. Death. Taxes. The Sports Illustrated swimsuit issue.

My feelings about the swimsuit issue are well documented. And given the responses the last time I wrote about it, I know I’m not alone. But it still comes out each year like clockwork, a debut that increasingly comes with the trumpeting of how the latest cover breaks barriers and dismantles the old ideas of who can be a swimsuit model. And indeed, this year’s edition features a trio of covers, one each for Naomi Osaka (first Black female athlete on the cover), Megan Thee Stallion (first rapper), and Leyna Bloom (first trans cover star and first trans woman of color to be included in the mag).

All three women look amazing and certainly deserve to be cover stars. Clearly they found the issue to be worthy of their time and attention, so why, at least to me, does it still feel like such a relic of a bygone era? The heart of it, I think, is that the underlying DNA remains the same. No matter which woman graces the cover, it’s still the same product created back in the 60s for the purpose of titillating male readers (though in the age of the Internet, the idea that women in bathing suits would do so seems quaint!)—and of course, making some ad money in the process. And scroll beyond the cover stars and “firsts” touted in the press release and you’ll still find plenty of models who look very much like the standard glamazons of old.

The swimsuit issue reminds me of a lot of the other dated products and processes of our lives. On some level, we know they’re past their relevancy. But because they still make some money or still yield a predictable result—and because they’re safer and easier than trying something brand new—we slap a fresh coat of metaphorical paint on them and keep them alive for another year.

The team behind SI’s swimsuit issue is obviously talented and creative. What might they come up with if they decided to throw the whole thing out and start fresh? I’d love to find out.

- Laurel will lift. New Zealand weightlifter Laurel Hubbard is set to become the first trans athlete to compete in the Olympics. The IOC says that under current rules she is eligible to compete—but adds that the organization will be reviewing those rules in the future. NBC News

- Runway to an IPO. Rent the Runway, led by co-founder Jennifer Hyman, has submitted a confidential filing for an IPO. The clothing rental company, which struggled during the pandemic, is betting big on a rebound now that some parties and events are returning to social calendars. Bloomberg

- Double hack. A digital forensic analysis conducted by Amnesty International’s Security Lab found that the NSO Group’s Pegasus spyware was used to target the smartphones of Hanan Elatr, wife of murdered Saudi columnist Jamal Khashoggi, as well as that of his fiancee, Hatice Cengiz. Washington Post

- Merch maven. Are you an AOC fan? If so, now might be a good time to stock up on Ocasio-Cortez merch: the congresswoman invested $1.4 million in her online store in the first six months of the year, an indication, say politics watchers, that she's "honing an already formidable fundraising operation and building her brand within the Democratic Party." Reuters

MOVERS AND SHAKERS: Ursula Burns, former Xerox CEO and currently chair of the board at consultancy Teneo Holdings, is joining the board of Endeavor. Dorothy Chang, most recently head of marketing for Paxos, has been named president of Kode With Klossy. Sofia Hernandez, Tiktok’s head of N.A. business marketing, is joining the board of Suzy, a market research software platform. Andreessen Horowitz is promoting Arianna Simpson to its general partner in its crypto fund. Exxon Mobil hired Kathryn Mikells, formerly finance chief at Diageo, as CFO.

- Still hurting. While women have made up some of the economic ground they lost during the early stages of the pandemic, their recovery still lags. A new analysis from the International Labour Organization finds that there will be 13 million fewer women working this year than in 2019, while the male workforce has returned to pre-COVID levels. Bloomberg

- On board. USA Today has a deep-dive into the workforce composition—including boards and C-suites—of the S&P 100. You will not be surprised to see that the majority of the top jobs are filled by white men, but it's worth a read to see how the breakdown varies by industry and role. USA Today

- Get it done. One Zero Capital partner Lauren Bonner, who sued hedge fund Point72 Asset Management (her then-employer) for gender discrimination back in 2018, talks to The Cut for its "How I get it done" feature: The Cut

The child tax credit is blowing up on TikTok. That should tell lawmakers something Vox

The marriage plot for the age of workism The Atlantic

"We’re going to make it look easy. And it’s not easy."

-WNBA legend Sue Bird, on Team USA's approach as they head into the Tokyo Olympics. If she and her teammates triumph, Bird and Diana Taurasi will become the first basketball players to win five Olympic gold medals.