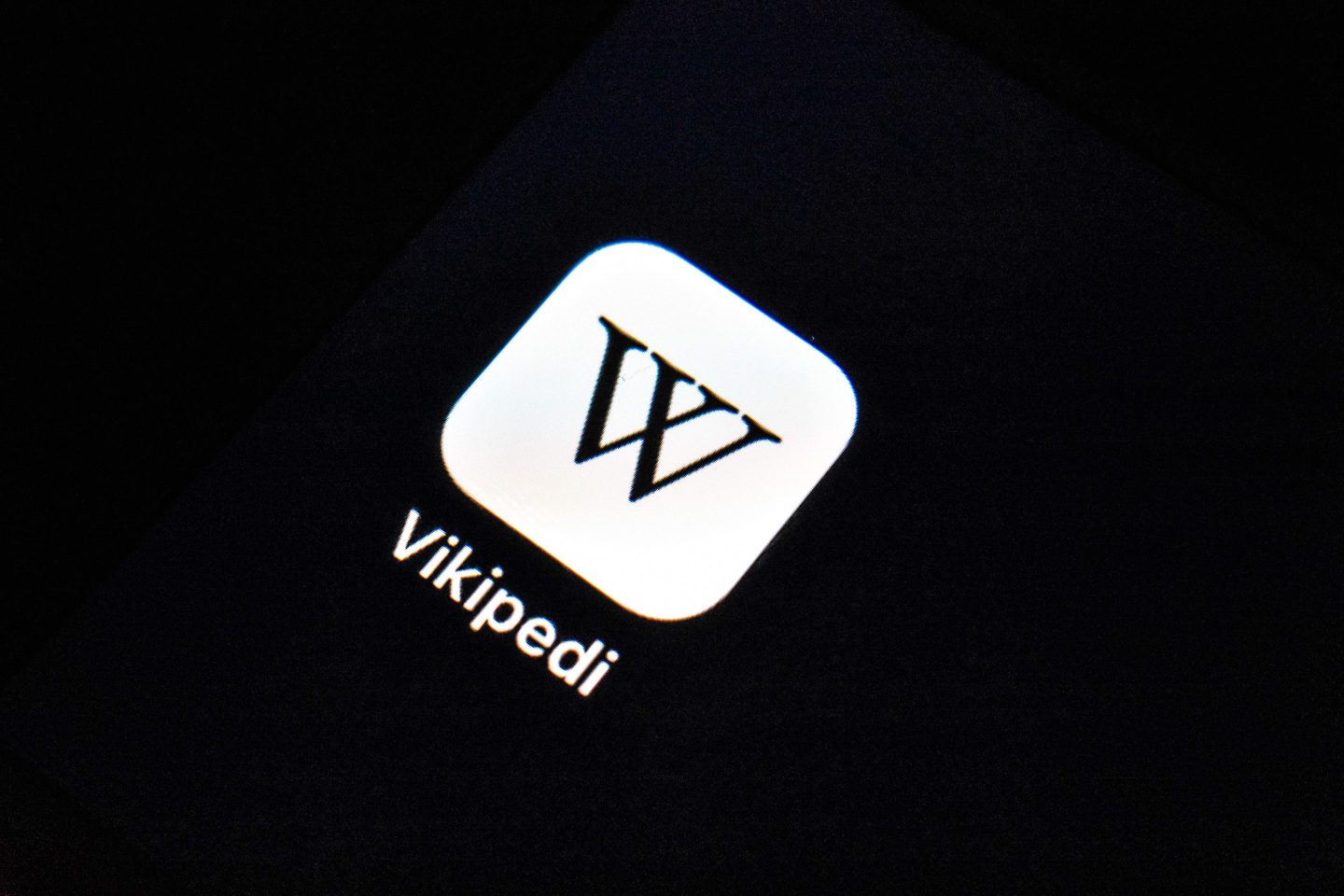 ANKARA, TURKEY - JANUARY 15: (BILD ZEITUNG OUT) In this photo illustration, The logo of Wikipedia is seen on the screen of a mobile phone on January 15, 2021 in Ankara, Turkey. (Photo by Altan Gocher/DeFodi Images via Getty Images)
Altan Gocher—DeFodi Images/Getty Images

Good morning, Broadsheet readers! Angela Merkel makes what is likely her last visit to Washington as chancellor, the care economy is a $648 billion opportunity, and new research reveals a disturbing pattern on Wikipedia. Have a fantastic Thursday.

– Deletion debate. There’s been lots of research about how badly women are underrepresented on Wikipedia. They make up roughly 19% of English-language biographies. Now new research from Francesca Tripodi, assistant professor at the UNC School of Information and Library Science, gives some insight into that disparity.

She found that despite accounting for less than a quarter of biographies, women made up 25% of the Wiki pages nominated for deletion, underscoring how hard it is for the platform’s volunteer editors to get women’s profiles to stick.

“The problem of underrepresentation on Wikipedia runs deeper than simply missing pages,” Tripodi’s study says. “Not only are Wikipedia’s notability criteria a barrier for women, even women who meet these stringent guidelines for inclusion are still more likely than men to be considered ‘non-notable’ and nominated for deletion.”

Establishing a prominent woman’s notability is hard enough, Tripodi says, considering they’re less likely to be included in books, in the news, and in galleries. Then editors have to monitor a women’s published page to ensure it doesn’t disappear.

“[I]f nobody’s watching out for it, then it will be deleted. It’s exhausting,” Tripodi told NPR. “It’s a second level of work that, quite frankly, new people or new editors might not want to take on.”

This pattern matters, Tripodi says, because information on Wikipedia supplies other platforms on the Internet, like Google’s knowledge panel, and because Wikipedia is used to train A.I.

Tripodi’s analysis is a good reminder that a single instance of gender bias online can metastasize across an Internet that feeds off itself and poke holes in our collective knowledge about what women have accomplished. Recall, as Tripodi does in her study, that when physicist Donna Strickland won a Nobel Prize in 2018 for her work to develop high-powered lasers, she had no Wikipedia page. She had a Wiki biography in 2014, Tripodi’s study says, but six months after it published the page was deleted.

- Legacy visit. German Chancellor Angela Merkel is set to meet with President Biden at the White House today, in what will likely be her last visit to the U.S. as chancellor. Biden is the fourth U.S. president to serve in office in the time Merkel has led Germany. One priority for the visit is cementing the relationship between the U.S. and Germany—and Europe—no matter who wins U.S. elections. New York Times

- The care opportunity. A new report from Melinda French Gates' Pivotal Ventures and The Holding Co. pinpoints the size of the "care economy:" an astonishing $648 billion, larger than the $510 billion U.S. pharmaceutical industry. That's because the care economy encompasses infant and child care, house management like cleaning, long-term care, and elder care. Fortune

- Delivery influencer. What's next for Instacart now that Fidji Simo is taking over as CEO? The grocery delivery service could become an "influencer" in food delivery as the company leans into advertising—a strength of Simo's background at Facebook. Wall Street Journal

- Danger zone. The mining business BHP has tried to be a leader in achieving gender parity in the industry. But two male employees in Western Australia have now been charged with rape, one in Perth and one in a remote mining region; BHP conducted investigations and fired both men, who have both denied the allegations. Western Australia's parliament has ordered an inquiry into sexual harassment in mining. Financial Times

- Slam dunk. In its 20-plus years, the video game NBA 2K has never featured a female basketball player on its cover. WNBA and Chicago Sky star Candace Parker will be the first for a special edition for the women's league's 25th anniversary this month. "As a kid growing up, you dream of having your own shoe and dream of being in a video game," Parker says. ESPN

- Britney gets representation. Britney Spears will be allowed to hire her own lawyer in her conservatorship case, a judge ruled yesterday. Spears has been represented by a court-appointed attorney since the conservatorship began in 2008, and she criticized that attorney's representation of her in her testimony last month. Her new counsel will be Hollywood attorney Mathew S. Rosengart. New York Times

What's at stake in the KKW Beauty rebrand Business of Fashion

"It doesn't matter if you're young and healthy, getting the vaccine is about protecting yourself, your friends, and your family. Let's get vaccinated!"

-Singer Olivia Rodrigo, during her appearance at the White House yesterday