Black-owned wine and spirits makers you should know about 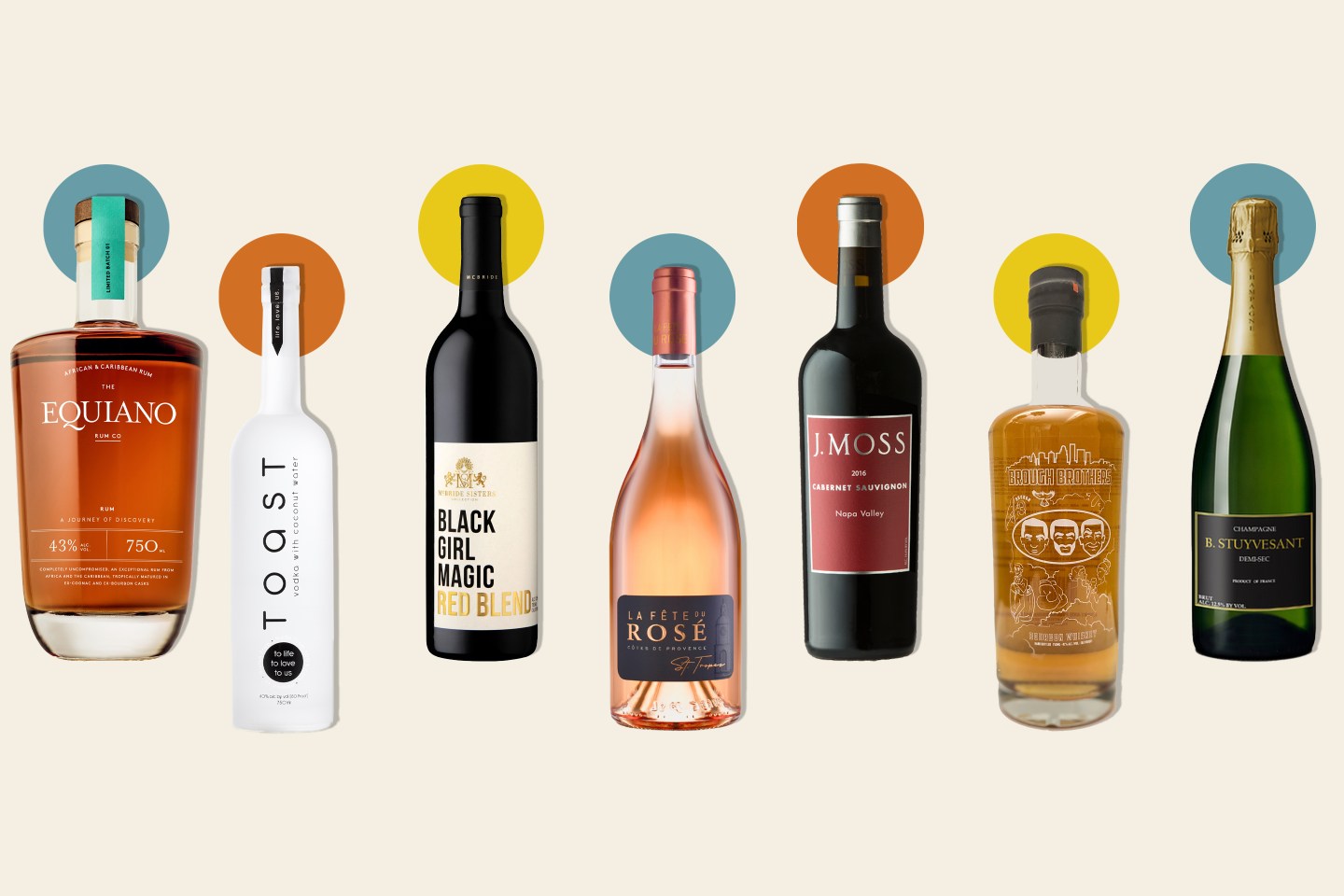 Juneteenth—a holiday honoring June 19, 1865, when Union troops arrived in Texas to enforce the Emancipation Proclamation—is a day for both reflection and celebration.

Following racial justice protests in the wake of George Floyd’s murder last year, many companies made racial equity commitments and announced Juneteenth as a paid holiday. (This year, most companies continuing to observe Juneteenth are closing their offices on Friday, June 18, as June 19 falls on a Saturday.)

While it’s a joyous day, it’s also a reminder of the generational wealth that was lost as a result of slavery. Black people are largely underrepresented across many industries, including in wine and liquor. In June, Fawn Weaver, founder and CEO of Uncle Nearest Premium Whiskey, launched a $50 million venture fund to help support other BIPOC and women founders.

In addition to investing in Black-owned businesses, consumers can also make conscious choices by venturing outside their usual purchases and trying Black-owned brands. There’s something here for every drinker who wants to raise a glass and celebrate.

La Fête du Rosé: Donae Burston, a veteran of the wine and spirits industry, launched La Fête du Rosé in 2019 after he noticed rosé was mostly being marketed to a small subset of consumers. Burston worked with producers in St.-Tropez, France, to create a traditional sipping rosé that is less sweet and more dry, perfect for warm summer days. La Fête du Rosé is also focused on giving back to underserved communities. A portion of the proceeds from every bottle sold goes to programs supporting racial justice and creating opportunities for people of color in the alcohol industry. SRP: $24 per bottle; bottles are sold online in quantities of three, six, or 12.

Stuyvesant Champagne: Marvina Robinson stands out as one of the few Black women to own a Champagne brand. Hers is inspired by the Bedford-Stuyvesant neighborhood in Brooklyn where she grew up. Robinson recalls how her love of Champagne started in college when she would pool her money with friends to purchase a bottle of Moët & Chandon White Star. She worked with a producer in France to create her own line of celebratory bubbles, which are available for sale online, ranging from half bottles to cases. In honor of Juneteenth, Stuyvesant Champagne is also selling a special box that includes one bottle of its Grand Reserve, two tumblers, a Champagne stopper, rose petal sugar cubes, and a code to access the perfect playlist. SRP: $105 Juneteenth Celebration Box; $59 for one 750-milliliter bottle of Grand Reserve Brut

McBride Sisters: Sisters Robin and Andréa McBride spent the first half of their lives growing up in two of the world’s major winemaking regions, but not knowing the other existed. Robin was raised in Monterey, Calif., while Andréa grew up in Marlborough, New Zealand. The sisters reunited and eventually became business partners, launching the McBride Sisters Collection. The brand focuses on quality canned and bottled wines that celebrate inclusivity and are available at an affordable price point. Their most popular trio of Black Girl Magic Wine—including bottles of Riesling, zinfandel, and rosé—makes it a great option for taste testing the brand. SRP: $62 for the Black Girl Magic trio

J. Moss: James and Janet Moss spent more than a decade learning the art of winemaking before they opened their J. Moss Winery in 2011 in Napa Valley, specializing in small batches of Cabernet Sauvignon. For the couple, running their business is truly a family affair. Their son, Westley, helps in the winemaking, bottling, and tasting room operations at the winery. SRP: $64 for a 2014 bottle of Cabernet Sauvignon

Brough Brothers Bourbon: Brothers Victor, Bryson, and Chris Yarbrough joined forces to create Kentucky’s only 100% Black-owned bourbon distillery. The brothers perfected a medium-bodied bourbon that includes notes of green apple and pear, along with hints of ginger and nutmeg. Kentucky is legendary for its bourbon, so the brothers wanted to create a product that was inclusive and reflected the state’s culture. The bottle’s label features a drawing of the brothers at its center, along with outlines of everything Kentucky is known for, from bourbon to basketball, boxing, and horse racing. SRP: $32

Equiano Rum: Last year Ian Burrell, a longtime rum connoisseur in the U.K., launched his Equiano Rum brand in the United States. With light and dark versions, the rum blends ingredients from the Caribbean and Africa. There’s also a special meaning behind the name on the bottle, an eponymous tribute to Olaudah Equiano, an 18th-century writer and abolitionist who, according to historical accounts, also sold rum and used the profits to buy his own freedom. SRP: $46 for Equiano Light Rum; $60 for Equiano Dark Rum

Toast Vodka: Miami restaurateur and entrepreneur Dieuveny “DJ” Jean Louis wanted to create a premium vodka so delicious it could be enjoyed neat or chilled without the need for mixers. Toast Vodka, one of the products from Louis’s spirits company, Toast Distillers, is made with coconut water but isn’t coconut-flavored. It’s also 100% corn-based and distilled six times to give it a smooth flavor. We’ll toast to that! SRP: Starts at $25, prices vary depending on location and bottle size