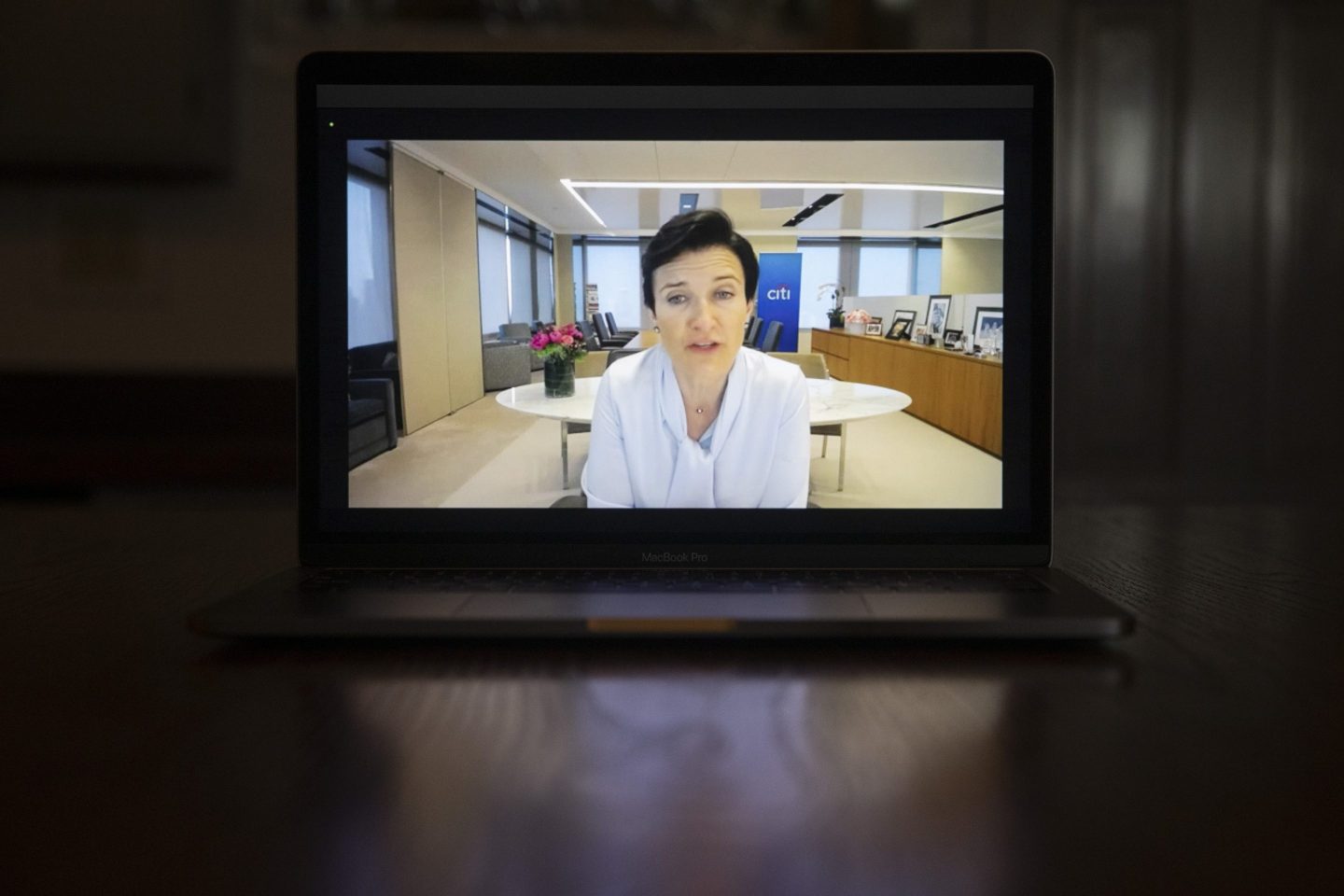 – On the hot seat. Two years ago, Wall Street CEOs appeared before the House Financial Services Committee and got called out by Rep. Al Green (D–Texas).

“The eye would perceive that the seven of you have something in common,” Green said to the CEOs of Citigroup, JPMorgan Chase, Morgan Stanley, Bank of America, State Street Corp, Bank of New York Mellon, and Goldman Sachs, “You appear to be white men.”

Green asked if any of the executives thought a woman or person of color would succeed them as CEO. None responded in the affirmative.

The hearing took place virtually, so the visual was not as powerful as it could have been, but Fraser’s presence nonetheless disrupted what had been a uniform tableau.

Still, the lineup of top bank CEOs remains majority male and all white. With the hearing coming one year and one day after the murder of George Floyd, the executives were grilled on racial justice and diversity, in addition to issues like voting rules and climate change.

Each exec who testified yesterday acknowledged on-going efforts to diversify their employee ranks with more women and Black and brown employees. (By my count, Fraser’s prepared remarks were the only to mention Floyd by name.)

But Sen. Sherrod Brown (D–Ohio) said he was unsatisfied with the progress banks have made and returned to the question of succession planning that Green had raised. He asked Morgan Stanley’s James Gorman why he’d admitted in the past that a woman or person of color was unlikely to lead the bank in the next decade.

“Don’t you have a responsibility to do something about that?” Brown said.

“Absolutely,” Gorman said. “I was asked the question and I answered it truthfully.” He said his answer reflected the bank’s leadership and then ticked off some of the women who now hold senior roles. Yet when Gorman unveiled a lineup of possible successors last week, it mostly white and male.

Brown asked if any of the women Gorman mentioned could be CEO.

“I think there’s a distinct possibility, but I can’t guarantee it,” he said. Gorman argued that the bank was “built over many decades and it takes time for talent to rise to the top.”

If banks rely on inertia alone to solve this problem, I doubt any amount of time will make these succession planning issues vanish for good.

- Behind the podium. Karine Jean-Pierre led a White House press briefing yesterday—making her the first Black woman to do so in three decades. (The last was Judy Smith on behalf of President George H.W. Bush.) "Being behind this podium, being in this room, being in this building, is not about one person. It's about what we do on behalf of the American people," Jean-Pierre said. NPR

- Picture this. For the first time in its 228-year history, the Louvre will be run by a woman. The museum's new president director, Laurence des Cars, has been the director of the Musée d'Orsay. Des Cars specializes in 19th and early 20th century painting, and she says running the Musée d'Orsay gave her the "crazy idea" she could lead the Louvre. New York Times

- Inside DEI. The diversity and inclusion industrial complex is booming. But what are companies buying—and what are they willing to change? Diversity consultants, like Collective founder Kellie Wagner, talk about their boom in business—and where companies fall short, even after hiring them. New York Magazine

- Bad economics. There's a shortage of childcare workers, and no amount of market response can fix the fundamentally flawed economics of the high costs of childcare and the low wages paid to workers. The only solution? According to this piece, it's long-term government investment. Washington Post

- One year later. On Tuesday afternoon, Darnella Frazier made one of her first public statements since she filmed the video that showed former officer Derek Chauvin murdering George Floyd a year ago. "It changed me. It changed how I view life," the now-18-year-old wrote. "It made me realize how dangerous it is to be Black in America." CNN

- Pipeline protest. Why did two women sacrifice everything to try to stop the Dakota Access Pipeline? Through interviews, court testimony, and more research, this story examines how Ruby Montoya and Jessica Reznicek went from new friends and activists to facing a century in prison over what they called a "campaign of arson"—and still wishing they'd done more. Grist

I feel great about my neck New York Times

Biden’s $3,000 child tax credit starts going out on July 15. These calculators help you determine how much you could get Fortune

"I could have been super-millennial about it and turned everything very clean and minimalist. But that’s not who we are, and that’s not our story."