Can we fix Bitcoin’s climate problem? 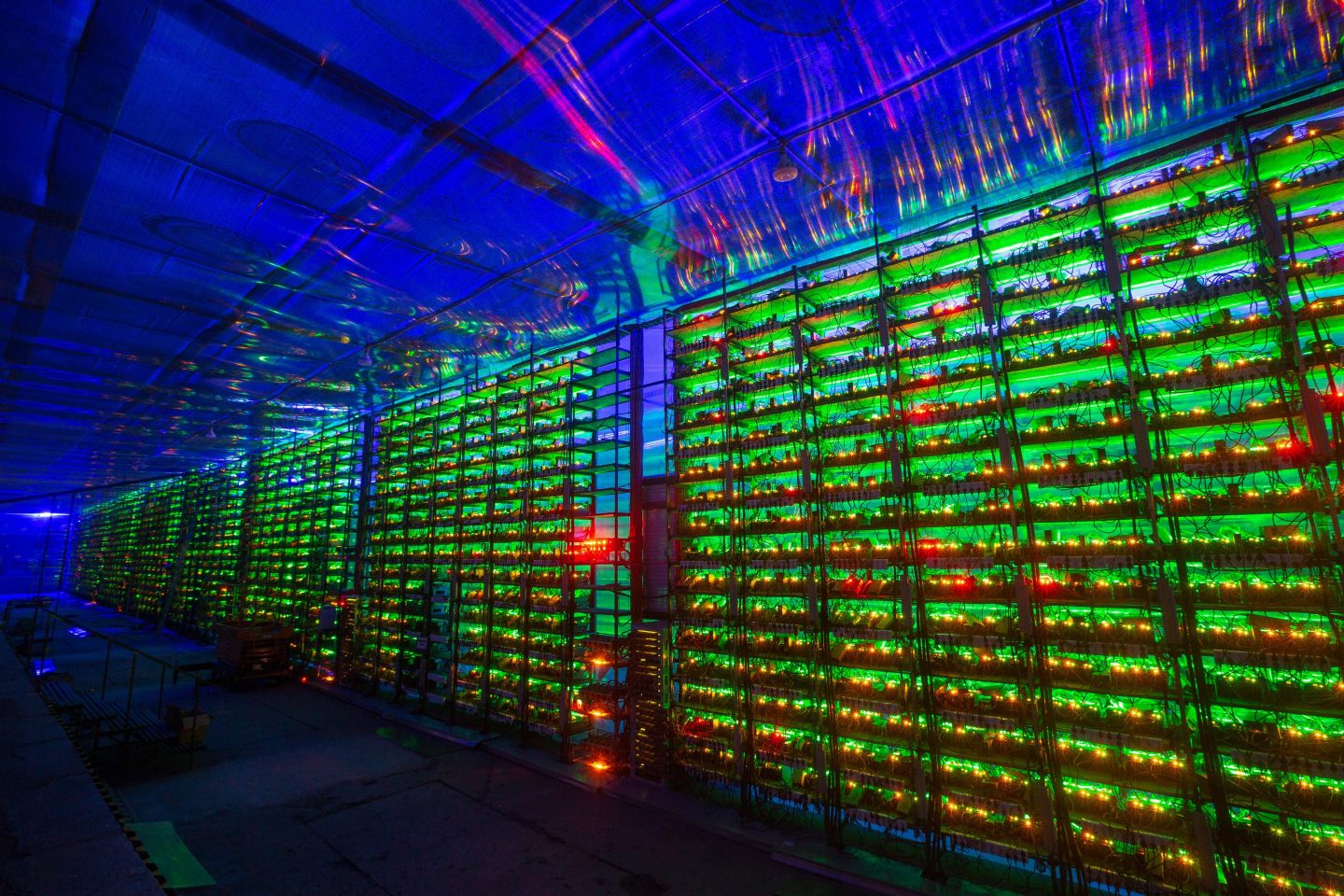 Mining rigs at a Bitcoin farm in Russia. “Bitcoin’s underlying blockchain technology could power the next era of human progress,” writes Alex Tapscott. “We need to steward this asset in a responsible way.”
Andrey Rudakov—Bloomberg/Getty Images

Bitcoin’s rapid growth has raised some concerns over the cryptocurrency’s mining-related carbon footprint. Yesterday, Elon Musk lit the Internet on fire and sent shock waves through the Bitcoin community by declaring Tesla would cease accepting Bitcoin as payment for cars until it cleaned up its act (though he said Tesla would continue to hold Bitcoin on its balance sheet). Many regular would-be investors are second-guessing Bitcoin purchases, concerned that the cryptocurrency conflicts with their ESG (environmental, social, and corporate governance) goals.

Some background: Bitcoin “miners” don’t use pickaxes to pull Bitcoin out of the ground. Rather they use powerful computers to validate and secure transactions on the network and mint new Bitcoins. Not unlike the shovels, bulldozers, mills, banks, and Brinks trucks that support the gold industry, these computers use energy to extract and secure Bitcoin—by some estimates, as much as the country of Chile.

This has led to criticism that Bitcoin is a polluter. That’s not entirely accurate: For various economic reasons, these miners often colocate to where power is abundant and free or nearly free, which often means using renewable hydroelectric or geothermal sources, a stark difference from many other industries. Cambridge University found that in 2020 around 40% of Bitcoin mining ran on renewable energy, and that figure is almost certainly higher today. Still, until it is 100% renewable, Bitcoin will continue to carry this stigma.

Why should we care about making Bitcoin sustainable?

Because the Bitcoin network secures $1 trillion in value, serves millions of people, including many without access to traditional payment networks. It’s used by migrant workers, the underbanked in the global South, and those who suffer from political oppression. Savers in the United States and elsewhere hold Bitcoin as an alternative to gold in their portfolios. PayPal, Square, and other corporate giants are making Bitcoin foundational to their future growth plans. Moreover, the underlying blockchain, as I’ve written extensively, could revolutionize industries from art to finance to government and more. For these reasons we must solve Bitcoin’s carbon problem. But how?

Some have suggested governments impose a carbon tax on Bitcoin miners. While carbon taxes are not necessarily a bad idea, it would be wrong to single out Bitcoin miners. Instead, governments should be an ally to innovative companies who are trying to solve Bitcoin’s carbon problem. For example, they could encourage green miners to set up shop in their jurisdictions, especially if power is abundant and renewable. Some governments are open to this idea. For example, a recent Kentucky bill offers incentives for cryptocurrency mining. Texas is experiencing a “gold rush” of Bitcoin mining investment, in part because of friendly regulation but also because Texas is a leader in clean energy production. Bitcoin miners can run on any kind of energy, including natural gas that would have otherwise been “flared,” thus preventing harmful chemicals from entering the atmosphere. When we accelerate Bitcoin’s decarbonization, everyone benefits, and whoever leads in attracting Bitcoin entrepreneurs to their jurisdiction could be setting themselves up as a leader for the future.

Another solution is to offset the carbon footprint of the Bitcoin network with carbon credits. Ninepoint Partners (where I work) announced recently that it is fully offsetting the carbon footprint of the Ninepoint Bitcoin ETF, which has around $300 million of assets held in Bitcoin. To achieve this, Ninepoint has partnered with CarbonX, which provides carbon emission analysis and carbon offsetting services. CarbonX, along with the Crypto Carbon Ratings Institute, will provide the carbon footprint analysis of the Bitcoin network. Ninepoint is paying all of the cost to do this. We hope that making Bitcoin greener will attract new investors to the asset class. In my view, Ninepoint’s efforts are a form of environmental self-monitoring. And our hope is others will follow.

By taking this step we are also aligning our business with our values: Ninepoint is supporting various forest conservation projects in the Amazon that, in addition to avoiding the release of carbon dioxide into the atmosphere, are also contributing to the United Nations’ Sustainable Development Goals, which help to improve the lives of people who live in the region.

Is this a cure-all? No. But we believe it is a real, substantive step, and we hope it becomes a model for our industry. The Bitcoin network is useful and important. It is a rapidly growing asset class and financial technology. The underlying blockchain technology could power the next era of human progress. We need to steward this asset in a responsible way, and everyone has a part to play.

Alex Tapscott is managing director of the Ninepoint Digital Assets Group (a division of Ninepoint Partners LP) and coauthor of Blockchain Revolution. This article is for information purposes only and should not be relied upon as investment advice.