At these companies, A.I. is already driving revenue growth 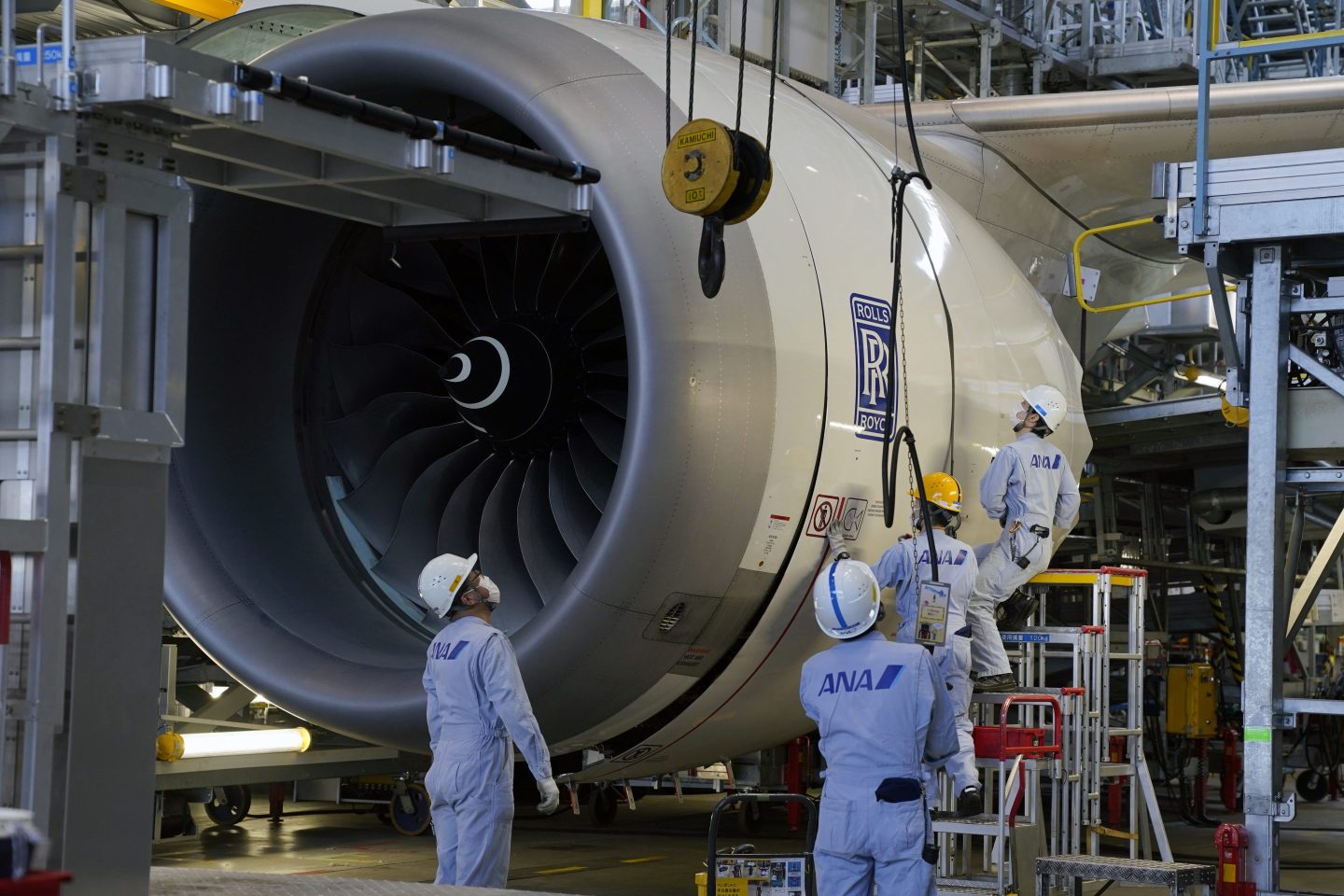 Four years ago, the $70 billion Alibaba Group, one of the world’s biggest artificial intelligence users, teamed up with Mars, the $35 billion global leader in confectioneries, to figure out the types of candy and chocolates that consumers in China prefer. The fresh consumer data that Alibaba continually gathers from the millions of people shopping on its various platforms turned up the counterintuitive finding that many Chinese who buy chocolates also purchase spicy snacks at the same time. Using that data-driven insight, Mars developed a sweet-and-spicy product: a candy bar that contains Szechuan peppercorns, the source of China’s spicy “mala” flavor.

Even though Mars didn’t conduct any other consumer research to reinforce the A.I.-driven insight, Spicy Snickers proved to be a winner on the mainland. Depending on A.I. also saved the company time; instead of the two to three years that it normally takes to launch a product, Mars was able to bring Spicy Snickers to market for the first time in August 2017, less than 12 months after the collaboration with Alibaba started. As a result, Spicy Snickers helped Mars China meet its goal of ensuring that new products should generate 10% of revenues every year.

Using A.I. to generate revenue—as Mars did in China—still appears to be the exception rather than the rule. It’s odd, given that the use of A.I. applications in everyday life, such as machine translation services, virtual assistants, and automated manufacturing, is proliferating around us. And the technology’s ability to replace human decision-making, which proved to be useful when the COVID-19 crisis engulfed the world last year, has led business to deploy A.I. to reduce costs and replace employees. But as the post-pandemic recovery takes shape, companies will have to tap into the myriad ways in which A.I. can boost revenues if they are to get ahead of rivals. Almost 50% of companies have tried, but only 10% are generating significant increases in revenue by using A.I., according to the recent 2020 MIT-BCG A.I. survey of over 2,500 executives.

A.I. can provide companies with the capability to grow revenues in many different ways. Broadly, because A.I. can improve the accuracy and the granularity of predictions as well as help make real-time decisions, two trajectories become clear: Companies can use A.I. to generate recommendations that will help executives make better decisions, and/or let A.I. make decisions and execute them with a minimum of human intervention. The choice will depend on the context; A.I. is better at analyzing large amounts of data, while humans are more comfortable making decisions in ambiguous contexts.

Where appropriate, it’s important to allow A.I. autonomy while trying to boost revenues, and not deploy it solely to generate insights. Data confirm that: Compared with companies where A.I. had no, or minimal, impact, those where A.I. contributed significantly to revenues were 50% more likely to rely on A.I.-aided human decisions—and 70% more likely to have use cases where A.I. both made and executed decisions, according to the MIT-BCG survey.

Depending on the extent of autonomy that companies provide A.I. and the degree of personalization, the technology can help generate revenues by…

Boosting the pace of new product development. A.I. helps develop innovative products quickly, as the case of Mars shows. In the same way, Sumitomo Dainippon Pharma teamed up with a British A.I.-driven firm, Exscientia, two years ago to develop a drug to treat obsessive-compulsive disorder. The startup automated drug discovery by combining data with A.I. and human expertise all along the development process, from target identification to patient stratification, shortening the preclinical drug discovery stage by 75%. Compared with the industry average of 36 to 48 months, Sumitomo’s new drug was ready for clinical trials in just 12 months’ time.

Customizing recommendations. By using A.I., companies can tailor recommendations for all their customers rapidly. Morgan Stanley Wealth Management’s advisers, for instance, used to take a minimum of 45 minutes to develop customized investment proposals for clients. By using proprietary A.I. algorithms, they are able to do so almost instantaneously today. Because of the time savings, each wealth adviser is able to make between five and six additional client calls, on average, every day. The advisers decide if and when to communicate the A.I.’s recommendations, preserving the human touch that clients appreciate.

Taking personalized actions. A.I. can both automate decision-making and take customer-facing actions. For instance, Netflix’s algorithms offer each viewer specific recommendations, and they act immediately on the viewer’s choice to stream the selected content; there’s no human intervention in the process. By offering a range of A.I.-driven selections, the streaming service tries to win what it calls the Moment of Truth—a two-minute window in which viewers decide whether or not to stay on Netflix. It has found that over 65% of subscribers inevitably choose one of its recommendations.

Personalizing physical products. As technologies such as additive manufacturing begin to mature, companies can use A.I. to create personalized products. Since 2016, the Lancôme division of French personal care products company L’Oréal has been offering Le Teint Particulier, foundation that can be personalized to each user’s complexion, which is proving to be a winner. A small A.I.-enabled machine in a store scans the user’s skin, asks for preferences, and then identifies the ideal formulation from 8,000 shades, three coverage levels, and three hydration levels, which combine to make a total of 72,000 possibilities. The machine then mixes the foundation and bottles it for each customer.

Keep experimenting to refine your objective function. Identifying the core algorithm requires iteration. When Netflix launched its recommendations algorithm, for instance, it offered $1 million to anyone who could develop one that would improve its recommendations by 10% or more. The winner turned out to be quite different from the one Netflix had developed, and the company modified its A.I. accordingly. No wonder Netflix continues to experiment with its algorithm.

Create new revenue streams from your A.I. capabilities. Companies can use A.I. to develop value-added services for existing customers; Rolls-Royce and General Electric have done that by offering predictive maintenance services, which improve the reliability of their aircraft engines. Some, such as insurance giant Ping An, have made money by selling services they initially developed for their own use, such as a fraud detection platform. Still others have used A.I. to diversify. For instance, Amazon is dipping its toes in the financial services industry, creating new offerings around small- and medium-enterprise payments and loans. It is using its large data sets and A.I. capabilities to lure consumers away from commercial banks.

Push the boundaries. Companies must try to develop the most autonomous A.I.-enabled revenue streams they can if they want to optimize revenues. For example, Rio Tinto is building one of the world’s first automated pit-to-port mines in Australia, where it will use A.I. for scheduling as well as operating decisions. The A.I.-driven system will boost its revenues by increasing output, speeding up deliveries, and providing better demand forecasts.

Talk about A.I., and everyone assumes you’re thinking about how to use machines to replace human employees. But that’s a stereotypical response; the real power of A.I. lies in its ability to unleash innovation and accelerate revenue growth. Of course, making that happen will require as much human imagination as it does artificial intelligence.

NB: Of the companies mentioned in this column, Mars, Morgan Stanley, Ping An, and Rio Tinto are BCG clients, as is Sumitomo Dainippon Pharma’s parent, Sumitomo Chemical.

Also by François Candelon:
How A.I.-powered companies dodged the worst damage from COVID
How “data alchemy” could help businesses make the most of A.I.
Europe is missing out on the A.I. revolution—but it isn’t too late to catch up