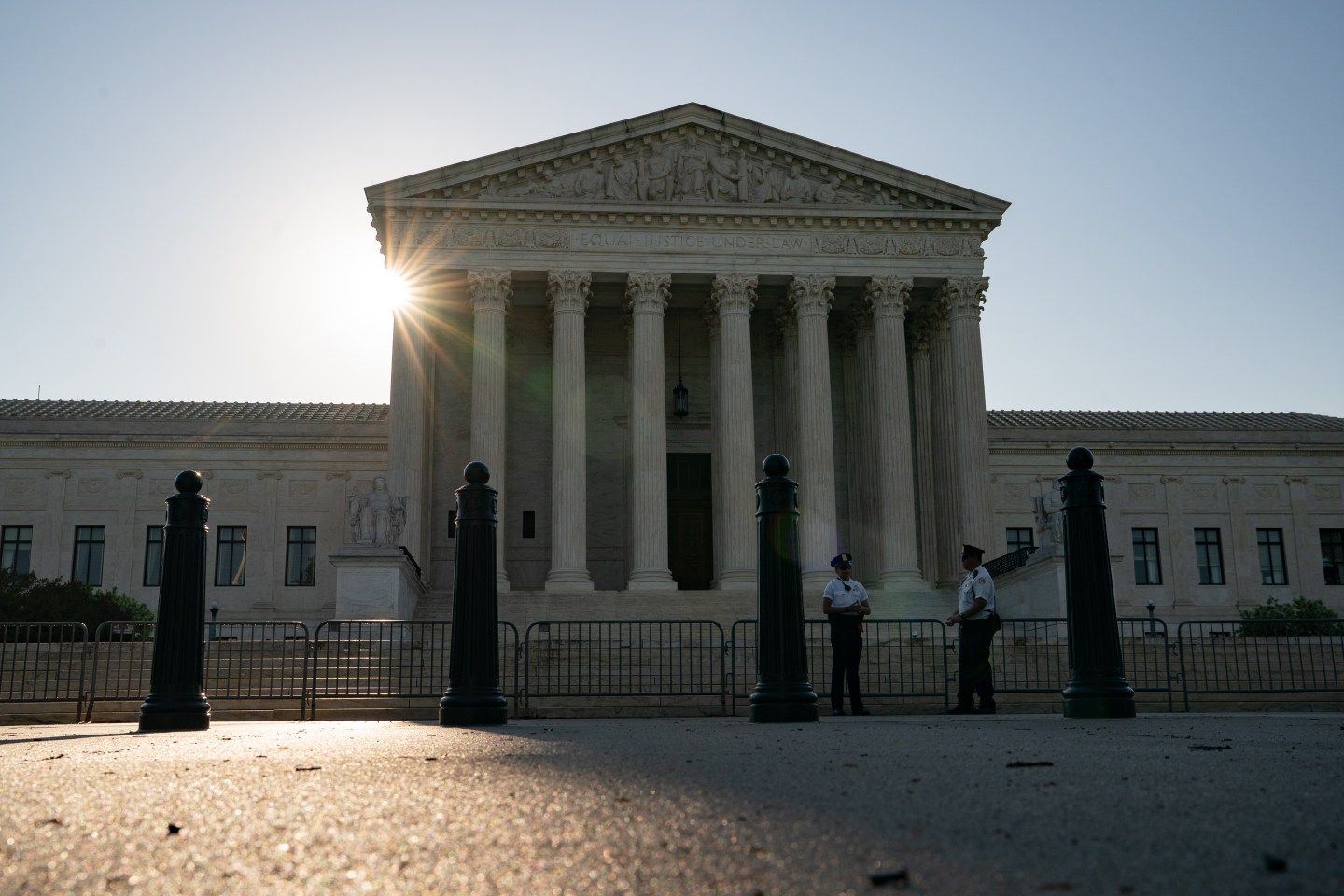 Good morning, Broadsheet readers! Janet Yellen causes a stir, a tampon-removing glove is what’s wrong with the VC world, and a quirk of Supreme Court clerk hiring may be holding women back. Have a wonderful Wednesday!

– Devil in the details. One of the most frustrating aspects of the structures that keep women and people of color out of positions of power is how often they’re propped up by seemingly innocent quirks of the system—just some line item that outside observers might not even notice.

This Politico piece exploring a shift in the qualifications Supreme Court Justices look for when choosing their clerks is a prime example. For decades, most justices hired clerks after they’d graduated from (a top) law school and then done a one-year clerkship with a lower court judge (until the ’70s, most didn’t even do that the clerkship, going right the Court from law school.) But in recent years, writes Sarah Isgur, who clerked on the Fifth Circuit and served as a Justice Department spokeswoman during the Trump administration, more Justices have been hiring clerks with multiple lower court clerkships under their belts (61% of those currently clerking fit that bill).

The problem with this minor shift? Well, Isgur argues it can pose a challenge for young women who are thinking about having kids, since taking maternity leave during a one-year clerkship is difficult, and the need to do multiple clerkships pushes back the timeline for joining a law firm (a frequent post-clerkship move)—yet another work environment where taking time away from the job to start a family is tricky. She also notes that clerkships don’t pay particularly well, so spending years in them is likely not an option for anyone who needs to start paying off that law school debt, stat. The result: 68% of Supreme Court clerks are men (as of 2019) and 85% are white (as of 2017).

Now, if you’re asking yourself why we should care so much about law clerks, consider this: “Former Supreme Court clerks are at the top of the list for judgeships later in life, and such a clerkship is all but required to teach at a top law school or to work in places like the Office of the Solicitor General at the Department of Justice. It is no coincidence that the last four justices to be confirmed to the Supreme Court all had previously clerked at the court themselves.”

I’m not a lawyer (clearly!), so I’m curious what readers who work in the field think of this analysis. (Email me if you have thoughts to share.) For me, it’s just another reminder that, to change the status quo—and who benefits from it—we need to constantly examine and question even the small details of how our power structures work.

- Loop-de-loop. Janet Yellen threw markets for a loop with two conference appearances on Tuesday. At the first, the Treasury secretary suggested that interest rates might have to rise. At the second, she walked back those comments, avoiding any predictions and touting her respect for the central bank's independence. Her initial comments caused brief panic on Wall Street. Barrons

- Honest to goodness. Honest Company, the consumer goods brand founded by actress Jessica Alba, priced its IPO at $16 per share, above the midpoint of its indicated range, raising $412.8 million. The company's shares will start trading on the Nasdaq under the ticker 'HNST' today. Reuters

- Broadcast news. The upcoming WNBA season—the league's 25th—will be broadcast on a host of platforms: Twitter, Facebook Watch, Oculus, Paramount Plus, and ESPN. The league also brokered a deal with Google, which will serve as a technology partner. The WNBA's new season kicks off May 14. The Verge

- Courting women. Japan's dating app market has been tough to crack, but Match Group's Pairs app is gaining traction, with revenue growing seven-fold in the past five years. Pairs, Japan's top-ranked dating app, tries to make women comfortable about signing up. Men must pay and show their full names, but the app is free for women, who can just use their initials. WSJ

- If the glove fits. Two male entrepreneurs pitched the 'Pinky Glove,' a disposable glove to remove a tampon, to Germany's Dragons Den reality show and got the funding they were looking for. This piece argues that the product (that women don't really need) is evidence of a very broken system: Women's Agenda

3 romance novels written by Stacey Abrams will be reissued NPR

That’s what life is all about. You learn, and then it becomes comfortable, and then you try something else.