How Lowe’s plans to win over contractors from Home Depot 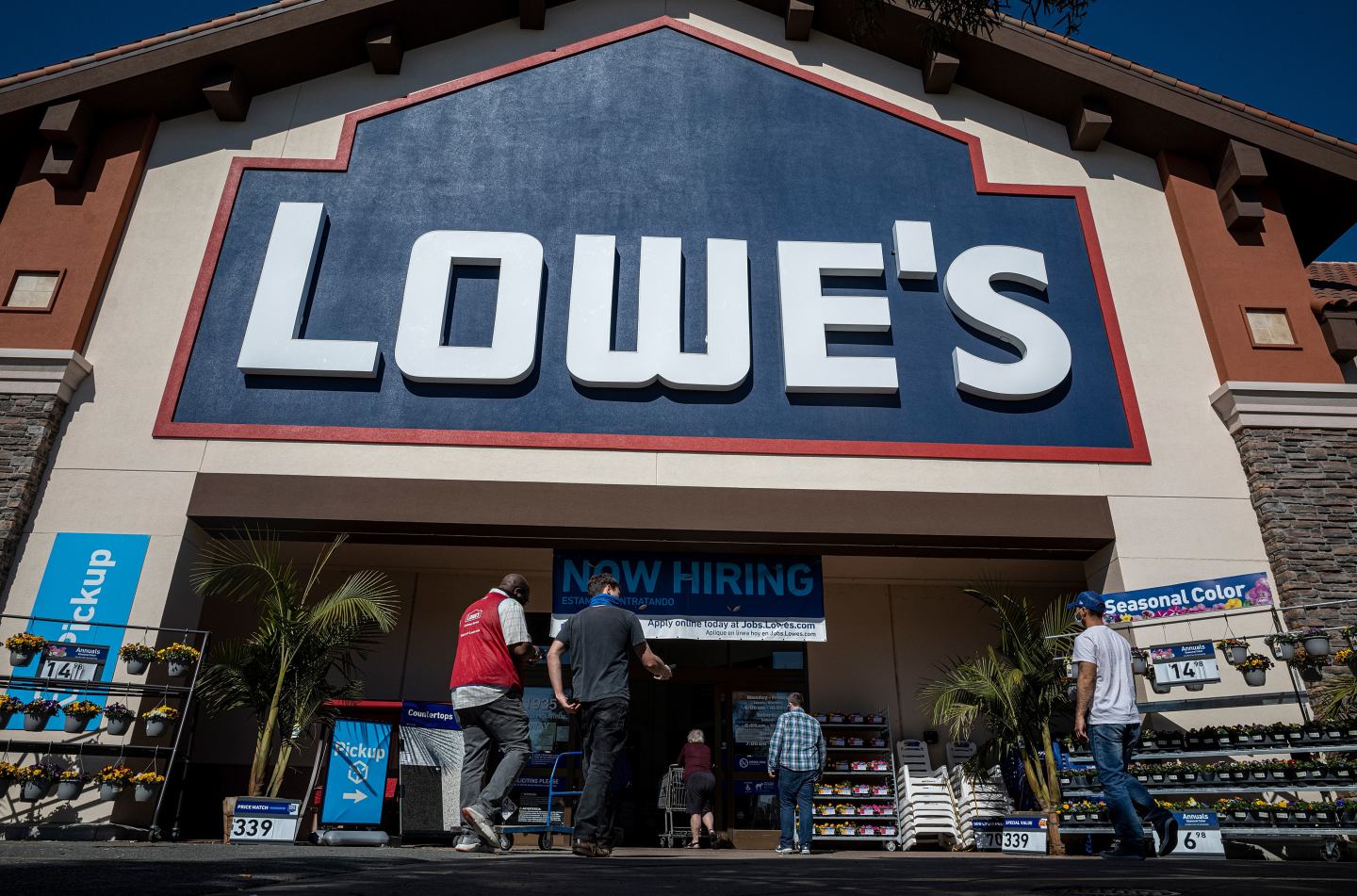 With the pandemic receding, Americans are poised to embark on bigger, pricier home improvement projects, giving Lowe’s an opening to win more business from an increasingly important part of its clientele: professional customers like contractors and handymen.

Lowe’s is coming off a record year in 2020, when net sales rose 24.2% to $89.6 billion. Ordinary Americans spent a ton of money on home improvement projects they could handle themselves, like setting up a new office in the house, or repainting a teen’s bedroom so it looks better on a Zoom call.

But as that part of its business starts to return to normal, and consumers gravitate to larger, more involved projects like bathroom remodels, Lowe’s is taking steps to bolster its professional customer business. It’s a segment that generates roughly one-quarter of sales but one where growth is not as strong as the do-it-yourself portion. Lowe’s “pro” comparable sales grew about 20% last year, while the DIY business grew several percentage points more. A more concerted effort to woo pros was part of a multiyear plan Lowe’s presented to Wall Street in December that Barclays has said “delivers on all fronts.”

For Lowe’s, catering to pro customers has meant remodeling big sections of its mammoth stores to set up “Pro Zone” areas with prominent signage. These are stocked with the grab-and-go items pros frequently buy and convenience racks with items such as painkillers, snacks, and energy drinks. Lowe’s has added such sections to 95% of its 1,734 U.S. stores.

“Time is money for them, and they want to get in and out of the store quickly,” Lowe’s executive vice president of merchandising Bill Boltz tells Fortune. What’s more, Lowe’s has brought back brands pros prefer, such as Lesco fertilizer for landscapers, and has focused on making sure these items are in job-lot, or sufficient, quantities and are reliably in store for big projects. “One of the biggest [efforts] is to make sure we have what the pros are looking for,” says Boltz.

The ‘pro’ business has needed improvement of its own

Addressing this challenge is of utmost importance to Lowe’s if it wants to maintain the momentum it gained from a blockbuster 2020. Its chief and bigger rival, Home Depot, gets 45% of revenue from pro customers, so stands to gain even more than Lowe’s as home improvement spending shifts to more complex projects. What’s more, Home Depot recently made a big move that could strengthen its hold on the pro market, buying back HD Supply, a former division and a large industrial products distributor, for $8 billion last year.

While CEO Marvin Ellison recently told Wall Street analysts he doesn’t need the pro business to grow to more than 25% of Lowe’s total sales, he does want that part of the business to improve its financial performance compared with rivals. Lowe’s has long lagged Home Depot in terms of sales per square foot and profit per store in no small part because of that. “It’s going to be critical for us to improve overall productivity,” he told analysts in February.

Since Ellison became CEO in 2018, Lowe’s has reinvigorated its overall business, with moves such as improved e-commerce, more efficient restocking of shelves, and adding product categories it didn’t use to sell but that are connected to the home such as cleaning products.

That same ethos is behind Lowe’s push to lift the pro business. For instance, Lowe’s is updating its LowesForPros e-commerce site and moving it to the cloud so it can offer more items, among other benefits. On the sales floor, there have also been tech moves to better serve pros. In January, Lowe’s equipped store workers with new client management tools that help them better keep track of a customer’s history and ongoing projects, and make it easier to upsell.

As the pandemic recedes, the strong stock and housing markets are keeping Americans focused on their homes, presenting Lowe’s with a dream opportunity to build on its momentum.

“We know the home is the single biggest investment for consumers, and they want to make sure that they are comfortable in it,” says Boltz. And that means hiring contractors in need of tons of supplies, which they will, the retailer hopes, get at Lowe’s.