Google’s historic win over Oracle punts on a key question 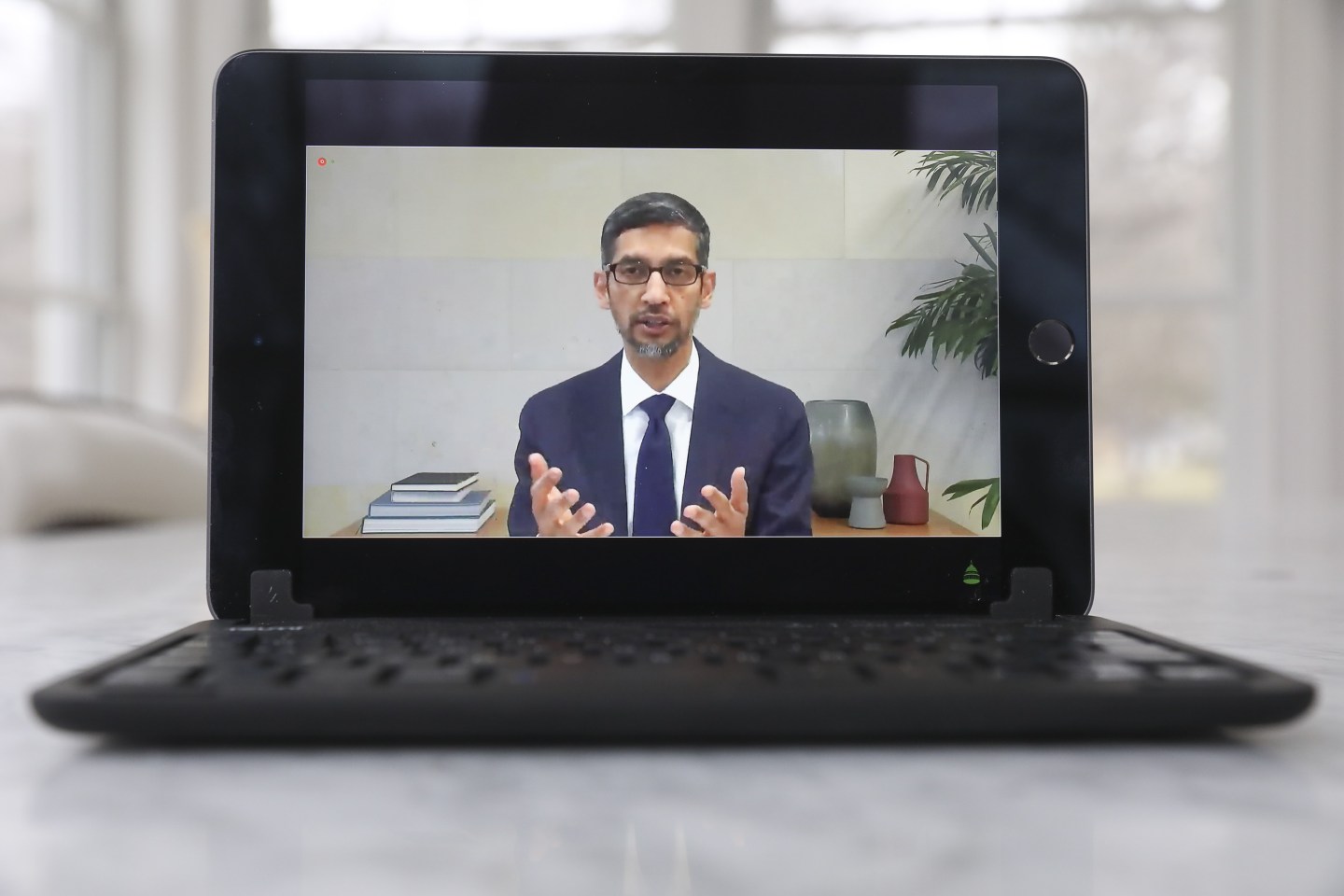 The Supreme Court decided a decade-long legal fight between Google and Oracle in favor of the search giant on Monday. The decision elicited cheers from computer programmers and growls from patent lawyers, who get paid to put up big fences around perceived intellectual property.

At issue: Google ripped about 11,500 lines of code from Java, a software programming language, to develop Android, Google’s now-pervasive operating system for phones and other gadgets. The problem: Google did not have the permission of Oracle, which inherited Java after buying Sun, the code’s creator, in 2009.

The decision is a historic victory for the “open source” community, which advocates for remixing and recycling software for new uses. Data Sheet’s own Aaron Pressman described it as “a win for innovation,” and big tech companies such as Microsoft and IBM are heaving deep sighs of relief since some of their products were made with similar code-copying practices.

As celebratory as this moment may be for many people in the tech industry, the merriment ought to be tempered. That’s because, in reaching its decision, the U.S.’s top tribunal sidestepped a key question: Are “application programming interfaces” or APIs—the software code at the center of the Google v Oracle case—copyrightable in the first place?

APIs are basically intermediary software that let different software applications “talk” to each other. I always get a kick out of the analogies people use to explain their function, and here the court did not disappoint. Justice Stephen Breyer describes them as “a gas pedal in a car that tells the car to move faster or the QWERTY keyboard on a typewriter that calls up a certain letter when you press a particular key,” among other analogies.

But are APIs copyrightable? “We assume, for argument’s sake, that the material was copyrightable,” the prevailing opinion read. “But we hold that the copying here at issue nonetheless constituted a fair use.” In other words, Google’s copying of API code was OK in the same way that Data Sheet can excerpt reporting from across the web without fear of getting sued.

By bypassing the copyright question, however, the court leaves open the possibility that another company could be breaching the law by copying others’ APIs. The determination will hinge on whether enforcement of copyright protections would, as the court found in this case, “risk harm to the public” by limiting people’s creativity and impeding the development of other products.

The ruling leaves open the door for future disputes. But it also establishes a powerful precedent. That Google got away with code-copying to the extent that it did, others likely will too.

Oracle was not pleased with the outcome, of course. “They stole Java,” said Dorian Daley, the company’s top legal gun, in a statement.

Vacation, all I ever wanted. The Supreme Court has been busy. On Monday, the top tribunal vacated a lower court decision that found former President Donald Trump had breached the First Amendment by blocking followers on Twitter. The court ruled that, since Trump is out of office, the case is moot. Justice Clarence Thomas, a strong conservative, wrote a concurring opinion in which he argued that companies like Facebook, Google, and Twitter ought to be regulated like "common carriers," which would restrict their ability to suspend service for people—like Trump, who was banned from Twitter after the Capitol Hill riots—based on their speech.

In Soviet Russia, Internet logs on you. Speaking of Twitter, Russia is continuing to crack down on the social network after griping that the site doesn't take down illegal content quick enough. The state communications watchdog, Roskomnadzor, said it would extend a deliberate slowdown of the service until May 15. Moscow is no doubt seeking to quash tweets calling for protests, which have proliferated since the arrest of Kremlin critic Alexei Navalny. In other news, Russia is beefing up military bases in the Arctic and testing stealthy nuclear torpedos. So that's cool.

Stonk (n.): to bombard with artillery. A number of tech stocks hit all-time highs on Monday, including Alphabet (up 4.6%, closed up 4.2%), Microsoft (up 3.1%, closed up 2.8%), and Facebook (up 4%, closed up 3.4%). Strong U.S. job growth helped fuel the rally. Other tech companies benefited too, including Apple (up 2.6%), Amazon (up 2.4%). Tesla beat production and delivery expectations when it reported earnings on Friday, spurring its stock to surge 7%, ending up 4.4%. The market value of all cryptocurrencies passed $2 trillion, notching a record, this morning too.

Amazed and confused. A lawyer for the Seattle office of the National Labor Relations Board told two former Amazon employees that it believes the company violated the law when when it fired them last year, the New York Times reports. Amazon said it dismissed two web designers, Emily Cunningham and Maren Costa, for violating internal communications policies. The two were outspoken critics of the company's climate policies and advocated for warehouse worker safety. Now Amazon can either settle the case, or take the fight to court.

Apple and Facebook are at war over data privacy, and Apple chief executive Tim Cook is trying to play it cool. In an interview with the New York Times's Kara Swisher, Cook acted nonchalant when she dropped the "F" bomb. He says he’s “not focused on Facebook” and that Apple's emphasis on privacy is “not aimed at a company, it’s aimed at a principle.”

By way of background: A planned update to iOS, Apple's iPhone and iPad software, will require apps to ask users for consent in order to be tracked. Facebook argues that the change will hurt small businesses, which rely on personalized ads powered by such tracking. Cook says that argument is "flimsy," and he defends his stance, as below.

...the individual should be in control over whether they’re tracked or not, who has their data. It’s that simple. And if you were designing such a system from scratch today, of course you would do this. Of course, it should be your decision of what happens to your data, not mine or somebody else. And people that argue against that choice is essentially saying that they didn’t have informed consent before. And I think that’s a powerful point in and of itself.

I’m in charge of ads at Google. Here’s how we can restore trust in the ad industry by Jerry Dischler

Why Tesla stock could be worth $1,300, according to one analyst by Anne Sraders

With the S&P 500 above 4,000 the ‘Buffett Indicator’ is wildly out of whack by Shawn Tully

Booking.com’s CEO sees a summer rebound for travel, but ‘a long road ahead’ for recovery by Rachel King

Someone found an old, low-budget adaptation of The Lord of the Rings and uploaded a copy to YouTube. The film, called Khraniteli, was made for the Soviet network Leningrad Television, now known as 5TV, in 1991, and it is campy in the worst (and best) way. You can watch Part 1 here and Part 2 here. Now that is precious.