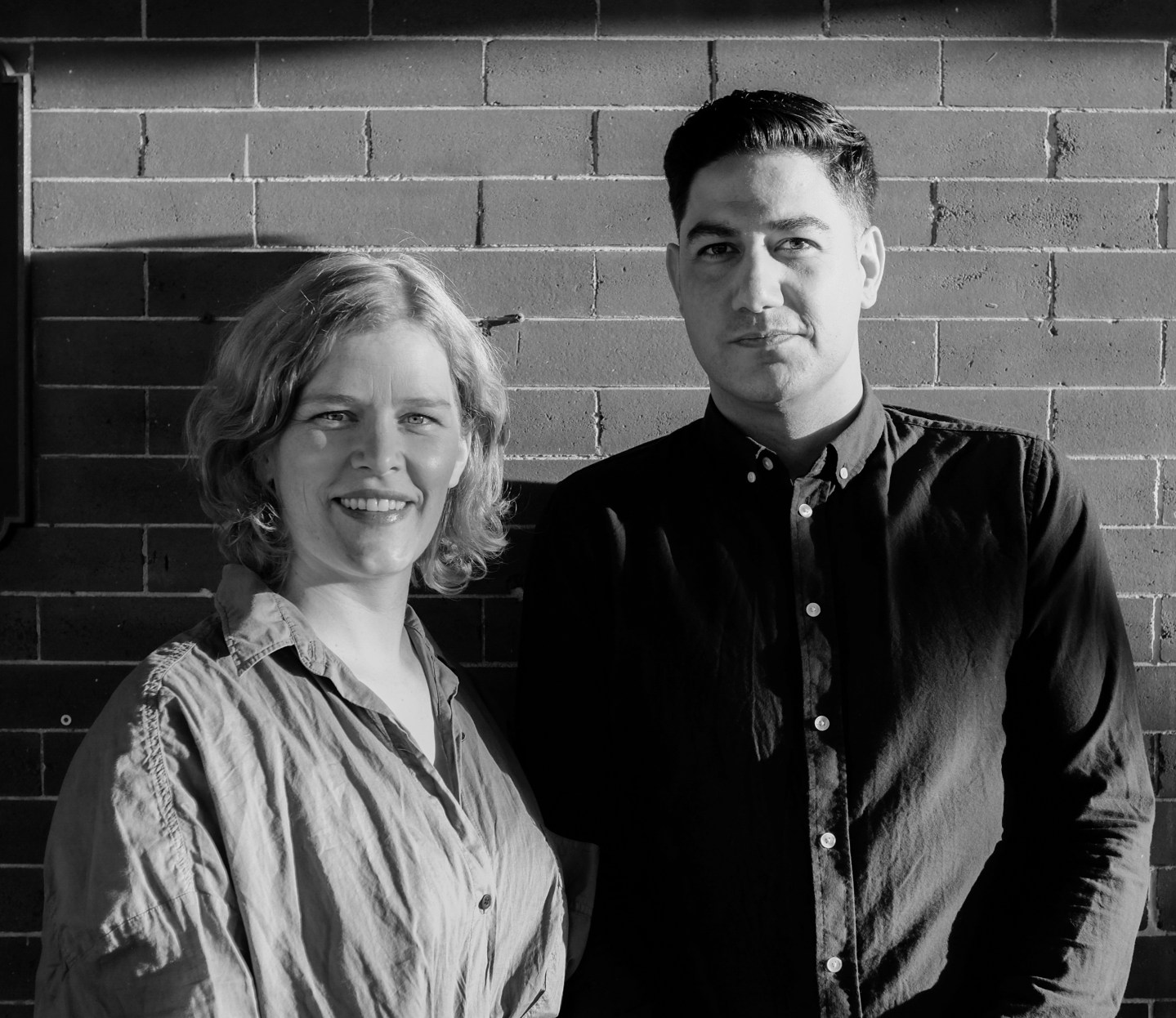 It was a chaotic 48 hours, even by the chaotic standards of tech startups. On April 19, 2020, Niji Sabarhwal and Jennifer Knight drove through Colorado in a snowstorm, in a rented minivan packed with all their belongings and their two cats. They arrived that night at their new home in Denver, where they had moved from San Francisco in search of more affordable space for AgentSync, the small insurance-tech they had been running out of their living room.

On April 20, the couple had back-to-back pitch meetings scheduled on Zoom with potential investors for their seed round. What they didn’t have was Wi-Fi.

“We didn’t have Internet set up yet,” says Sabharwal. “I had to frantically go door to door introducing myself to our new neighbors and begging them for their Wi-Fi password.” The scramble was the epitome of what he calls AgentSync’s “bozos around the kitchen table” phase. But the neighbors took pity on the young couple, and Sabharwal and Knight had a term sheet by the following week.

Today, AgentSync is far past the password-borrowing phase. It now has 51 employees, up from six a year ago, with two offices in Denver’s RiNo neighborhood. And it’s valued at $220 million, based on a $25 million funding round announced this week whose participants include Salesforce CEO Marc Benioff, David Sacks of Craft Ventures, and veteran early-stage investor Elad Gil.

The reason for the investors’ excitement: Sabharwal and Knight have figured out a way to serve a sprawling market where too much of the existing technology dates from the pre-smartphone era.

AgentSync is a software-as-a-service “insurtech” startup that specializes in compliance: It helps insurance carriers and sales agents make sure they’ve checked all the necessary licensing boxes to work with each other. The company operates “in the boring guts of the industry, in the plumbing,” says Mallun Yen, founder of early-stage venture fund Operator Collective, another investor in this round. Translation: You aren’t likely to ever see AgentSync in a Super Bowl ad.

But the company’s market is potentially huge. Insurance is a $1.3 trillion industry, and an incredibly fragmented one. Some 6,000 carriers work with hundreds of thousands of insurance agencies and more than 2 million independent agents. And because every state and territory imposes different licensing requirements, contracting with new agents and keeping existing ones up to date generates reams of paperwork and enormous costs. “We realized that this was a universal pain point,” says Knight, AgentSync’s chief technology officer.

AgentSync is offering to ease that pain by pulling licensing data and submissions for licensing and “appointments” (contracts between insurers and agents) on a single platform, reducing the timing on paperwork from days or even weeks down to hours. The company counts both agents and carriers as customers: Current clients include online insurance agencies Lemonade and Hippo and health-insurance giant Centene.

A crisis generates an idea

As recently as last summer, says Sabharwal, AgentSync’s CEO, “I was doing all the sales myself, and Jenn was writing every line of code.” With revenue growing, they’ve been able to staff up and do more delegating—and not a moment too soon, since their daughter, Inga, was born in mid-October. On one Zoom call with Fortune, Sabharwal, 36, was often heard but not seen; he kept the conversation going while ducking off screen multiple times to check on Inga. On a different call, Knight, 35, anticipated being interrupted: “I apologize in advance for any pterodactyl noises,” she said. (None occurred.)

The couple met in the early 2010s when both were at LinkedIn; Sabharwal went on to corporate benefits software startup Zenefits, while Knight went on to senior engineering roles at Dropbox and payments giant Stripe. AgentSync’s genesis, in a sense, was a crisis that erupted at Zenefits in late 2015. That company, which specializes in HR for small and medium-size businesses, had moved into the field of selling insurance. But the company didn’t do sufficient due diligence on the licensing of agents selling on its platform, and the resulting legal entanglements eventually cost Zenefits founder and CEO Parker Conrad his job.

Sabharwal was tasked with fixing the problem. “We wound up getting in trouble with every state legislature,” he recalls. “I was asked to draw up the remediation plans. It took 22 months, and it was extremely painful—I wouldn’t wish it on my worst enemy.” But the experience introduced him to the enormous complication that carriers and agents faced in keeping up with regulatory requirements—and to the opportunity that might exist for a tech company that addressed it.

Large insurance carriers, Sabharwal learned, have had to employ dozens of people just to keep up with licensing requirements in 56 separate states and territories. Those rules routinely change several times a year, generating cascades of changes in company’s compliance systems. As a result, pairing up a new agent with an insurance carrier can take anywhere from four days to six or eight weeks. The tangle of rules made scaling up incredibly difficult for carriers: “Going from a thousand agents to 20,000 could take a decade,” Sabharwal says.

Sabharwal and Knight started conceiving of their company as a SaaS plumber that could break up this data clog. They launched their company in October 2018 and roped in their first clients shortly thereafter.

For Knight, building AgentSync’s site and interface remained a nights-and-weekends project until May 2020, when she left Stripe to devote herself full-time to the startup. But she recalls having an aha moment well before then, when she overheard a potential client at an insurance company reacting to Sabharwal’s pitch. “She said something like, ‘I could stop doing this data entry and manual drudgery, and redirect those resources to something super–value-added,’” Knight recalls. “There’s an excitement in solving that kind of problem for someone. If I can give you 30% of your time back, that’s huge.”

AgentSync’s core compliance service, AgentSync Manage, acts as a time-saver by integrating tightly with both state regulators and the National Insurance Producer Registry (NIPR), a not-for-profit organization that acts as a warehouse for agent-licensing data. The company declines to discuss revenue but says that its sales grew roughly sixfold in 2020.

This isn’t a business with a deep “moat”; competitors could theoretically gather the same information. So as AgentSync grows, the cofounders are emphasizing customer service and user-friendliness.

One goal is to avoid the disrupter cliché of ignoring the realities of the industry in which they’re trying to compete. About 20% of the company’s staff are people whose backgrounds are in insurance, rather than in tech. And in product-development conversations, says Knight, those employees are just as vital as the engineers and designers. “I need to know and be passionate about solving your problem,” Knight says. “That has required us to bring non-tech people into a technology space.”

The commitment to diversity of views goes beyond industry expertise; more than half of AgentSync’s product and engineering team are women. “Being a woman in tech is becoming less novel, but being a senior woman is still fairly novel,” Knight says of her own role. “I’ve benefited greatly from being on teams that had very diverse backgrounds. And when you’re doing something new and risky, it’s so important to create a community where we aren’t echo-chambering, where we bring different perspectives to bear.”

With AgentSync’s new funding, the founders plan to expand two new business pillars that capitalize on the data that underpins their core product. One is AgentSync Recruit. The founders pitch it as a LinkedIn Recruiter for independent insurance agents—a platform where carriers can quickly search for new “producers” in specific locations or with specific expertise.

The other, potentially more ambitious, pillar is AgentSync Access, a set of tools that will allow companies to extract customized market intelligence from AgentSync’s data in ways that could shape the way they underwrite and design their products. Sabharwal thinks that both older carriers and new “insurtech” startups could use this data to attack the industry’s inefficiencies.

Changes in their own lives have made Sabharwal and Knight that much more aware of the hassles that tech integration could solve for consumers. They recently added Inga to their health care coverage, notes Sabharwal. “It takes a full two days of paperwork and phone calls to add a child to an insurance plan,” he says. If the industry’s tech infrastructure gets up to date, he says, “I don’t think you’ll see that happening anymore.”