When Software Tries to Eat Regulation 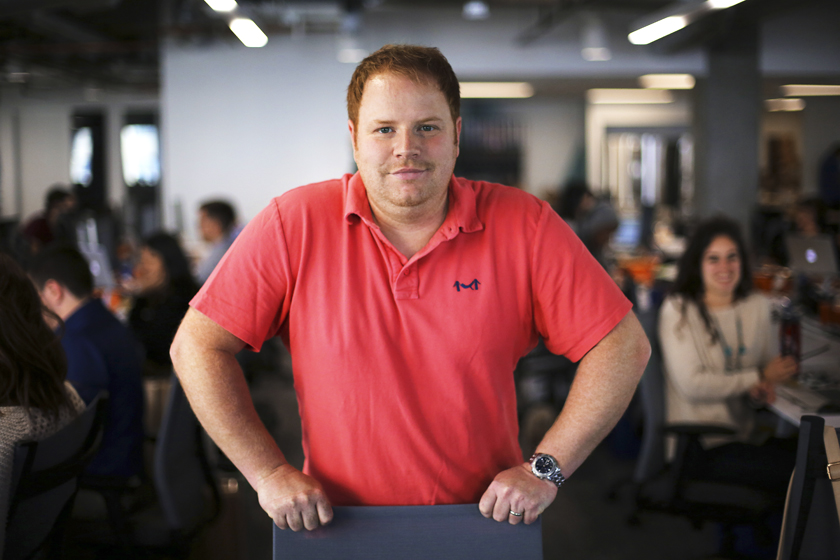 Last night Zenefits, the corporate benefits software company, announced that its CEO and founder Parker Conrad had stepped down. Chief operating officer David Sacks became CEO. In an email to employees provided to media, Sacks wrote, “The fact is that many of our internal processes, controls, and actions around compliance have been inadequate, and some decisions have just been plain wrong. As a result, Parker has resigned.”

Until last night, Conrad played the role of the disruptive underdog going after the big, evil corporation. As I wrote last year, Zenefits brought a buzzy excitement to an otherwise dull sector. Just two years into its life, Zenefits had already been banned, demonized, and sued. A competitor called its PR strategy “manipulative and malicious,” and insurance brokers called its business model a “threat.”

Through it all, Conrad, colorfully defended his company’s right to disrupt. I wrote at the time:

It created a compelling narrative to root for. Conrad himself is a bit of an underdog. He graduated from Harvard after flunking out, beat testicular cancer at 24, and was pushed out of his previous startup, SigFig, by his own co-founder. He compared Zenefits’ mission of fixing employee benefits administration to the rebel alliance in Star Wars. (Zenefits’ conference rooms even have Star Wars themes.) Today, some those fights look more like red flags than positive attributes.

When the company raised an early round of funding, it was called “the hottest deal in Silicon Valley.” When its valuation jumped 9x to $4.5 billion in one year, the company had already amassed 10,000 customers. Conrad complained he couldn’t grow the company fast enough to keep up with demand. By the end of this year, Zenefits stumbled on missed targets, layoffs, and major write-downs from its investors.

The Zenefits meltdown follows a similar pattern at other startups in highly regulated categories. First a media report raises questions about a company’s business practices. Then regulators take a closer look. Then we find out that the disruption wasn’t quite as magical—or at least, not as legal—as it seemed. It happened at blood testing startup Theranos, worth $9 billion. It happened at fantasy sports betting sites DraftKings and FanDuel, worth respective $1.2 billion and $1.3 billion. It happened at DNA testing kit 23andMe, valued at $1 billion.

How does Silicon Valley keep letting this happen?

It’s safe to say Silicon Valley worships at the altar of disruption. TechCrunch has a whole conference named after it. Disruption is an important part of Silicon Valley’s history: Innovative companies rise and turn into giant, slow-moving bureaucratic conglomerates. New, faster-moving startups emerge to unseat them. Cue “Circle of Life.”

But the definition of disruption has changed as we’ve entered the era of “software is eating the world.” If, as prominent venture investor (and Zenefits backer) Marc Andreessen posits, every industry we know will be disrupted by software, the opportunities are all around us. Transportation, blood testing, pizza delivery, shipping containers, bras—everything is fair game for disruption!

Except the stakes are a lot higher when startups disrupt highly regulated industries like health care, lending, insurance, or investing than they are for advertising, shopping, or music.

Many startup founders are unapologetic in their ignorance of regulations. Not knowing or purposely flouting “the rules” of an industry used to be an advantage because you brought new perspective that insiders were blind to. (The hospitality industry, for example, dismissed Airbnb as a ridiculous idea. The TV industry still likes to snub Internet advertising.)

The writer Paul Carr memorably described the phenomenon in 2012:

Increasingly, though, the conference stage was filled with brash, Millennial entrepreneurs vowing to “Disrupt” real-world laws and regulations in the same way that me stealing your dog is Disrupting the idea of pet ownership. On more than one occasion a judge would ask an entrepreneur “Is this legal?” to which the reply would inevitably come: “Not yet.” The audience would laugh and applaud. What chutzpah! So Disruptive!

It’s easy to shrug off a startup that operates in the gray area of the law when it’s just a few people and an idea. We assume they’ll figure out the regulations and comply before they get big enough to cause any real problems. But in the so-called Age of Unicorns, startups can go from zero to $1 billion in the blink of an eye. It’s become very clear we can’t assume a billion-dollar company is legit just because some venture investors said so.

But these companies are private, so information on how they work is hard to come by. It’s possible that if BuzzFeed hadn’t first revealed that Zenefits was selling insurance without the proper licenses, the company wouldn’t have come under investigation by Washington State, which ultimately led to Conrad’s ouster. Or if The Wall Street Journal hadn’t revealed problems with Theranos’ blood tests, Walgreens (WAG) may not have suspended its lab testing with the company in California. But when reporters ask hard questions, Silicon Valley’s response is to call them “haters.”

Software is trying to eat some of the thornier parts of the world. I have no doubt that incredible, world-changing innovations will come out of it. But until founders figure out a way to disrupt within the existing legal framework, there will be some some ugly fights, and plenty of “haters,” along the way.