U.S. ranchers are using duct-tape to keep cows’ ears from freezing off 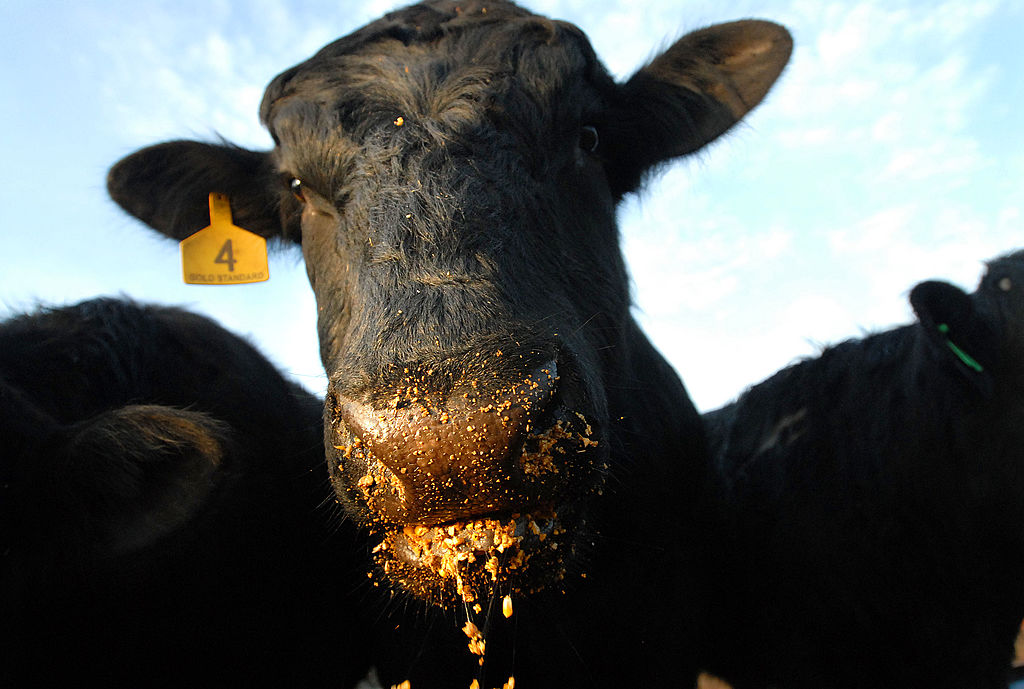 In Arkansas, ranchers are fitting pantyhose over the heads of calves in a desperate attempt to keep them warm. In Montana, they’ve been duct-taping calves’ ears to their necks to stop them from falling off. In Oklahoma, newborns arrived onto snow-packed frozen ground and perished while ranchers were reportedly sticking the hardest-hit animals in the front seat of pickup trucks and even inside their homes.

Across the American Plains, South and Southwest, the unprecedented cold of this past week has been brutal on millions of residents. For the flora and fauna — as well as those who make their living cultivating them — it’s been equally disastrous, a Darwinian mix of outlandish and gruesome.

“It’s survival of the fittest right now,” said Tyler Beaver, a founder of brokerage Beaf Cattle Co. in Arkansas. “Lot of hay having to be put out on a daily basis just to keep the cows warm enough to not freeze to death.”

Scores of broiler houses, where chickens are raised, were without power. In Mississippi, four broiler houses were destroyed from collapsed roofs overwhelmed by snow and ice.

Dale Murden, who raises both citrus and cattle in Harlingen, Texas said, “The whole state from the panhandle to the tip of Texas is just a mess.”

Farmers are struggling to get food and water to their herds.

Cattleman Clay Burtrum lost two calves Wednesday in Stillwater, Oklahoma. He’d been making the rounds to animals, rolling out bales of hay, replenishing feed and breaking ice in watering stations. With calving season in full swing, he couldn’t keep up.

“They were born on the snow, there wasn’t anything that could be done,” he said.

Jake Feddes in Manhattan, Montana has been duct-taping the ears of baby calves to their necks.

“Their ears will get frostbit and fall off,” Feddes said by phone, adding that they can succumb to hypothermia.

Beef packers including Cargill Inc. and Tyson Foods Inc. were forced to shut down meat plants due to energy constraints. Consumers stocking up have also cleared store shelves of food while there are long lines at fuel stations.

The weather woes, in addition to killing some young animals, will slow the rate of weight gains in cattle as they use energy to stay warm. Lighter animals will mean smaller supplies later this year, a time when consumers already were expected to be paying higher prices for meat due to soaring animal feed prices.

Chicago cattle futures rose to a one-year high earlier this week as the industry was hit by the weather. Prices fell 1.3% on Wednesday.

Meanwhile, a cow whose calf died will be a sunk cost. “I won’t reap the benefits of that cycle for two more years” when they have another calf, Burtrum said.

Beaver, who helps connect farmers and ranchers with buyers for their animals and raises a small number of animals in North Arkansas, said some calves were freezing to the ground while diesel trucks unable to move in the cold prevented deliveries of hay, needed for both food and warmth.