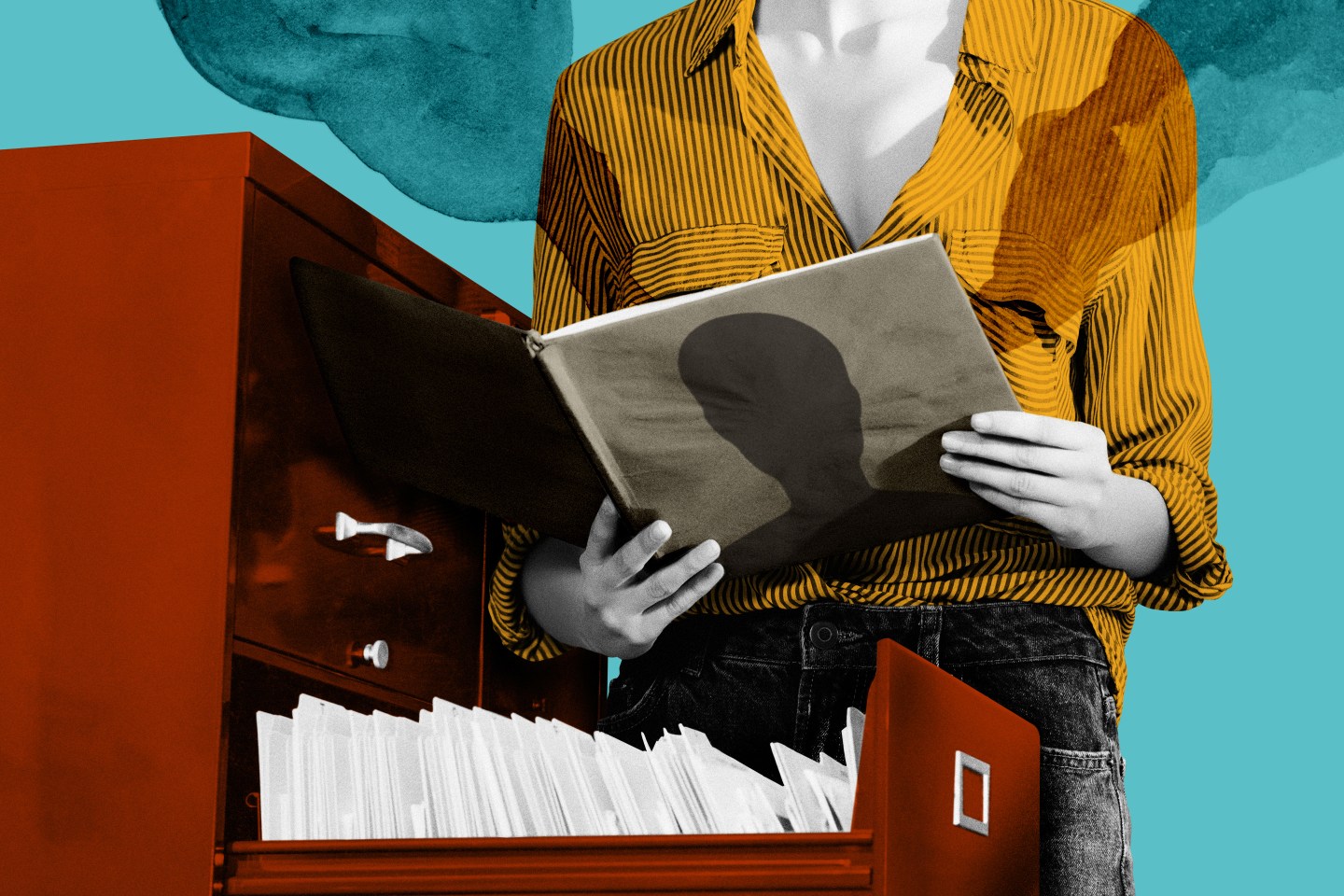 Paid on-the-job training through “returnships” could help some women make up the economic ground they’ve lost.
Illustration by Mari Fouz

For years, Tami Forman has tried to convince Fortune 500 companies to hire more mothers. It has been an uphill battle—even before COVID forced more than 2.3 million women out of the U.S. labor force.

“Once you’re out, it’s much harder to get back in,” she says. “Women are going to get screwed by what’s happening right now, writ large.”

Forman’s five-year-old nonprofit, Path Forward, helps employers establish return-to-work programs for people who have dropped out of the workforce—many of them women who stopped working after having children or taking on other unpaid caregiving responsibilities at home. These internships, or “returnships,” give participants several months of paid on-the-job training at companies who then have the option of hiring the returnees full-time. Path Forward’s 85 clients include some of the country’s largest employers—Walmart, Amazon, Facebook, Apple—who collectively have hired about 500 returnship graduates since 2016.

Yet that’s barely a blip in terms of all the women who want to return to work, and who couldn’t find anyone to hire them—even pre-pandemic. Before the sweeping U.S. shutdowns last March, “I had thousands of women on an email list, hoping that my organization could find them a job,” Forman recalls. “It’s a problem that’s existed for a long time.”

And how. By now the alarm has been fully sounded about the pandemic’s impact on working women, who have lost more than three decades of progress in less than a year—but the relentless toll continues to mount. In January, women accounted for nearly 80% of the 346,000 adults who dropped out of the U.S. labor force, while women of color continue to be unemployed at more than 1.5 times the rate of white women and men.

This sweeping unemployment crisis won’t be fixed without systemic policy changes, including greater access to paid leave and childcare. But while such federal policies, if enacted, will hopefully improve the future landscape for working women, they won’t immediately help hire back all those women who have lost or left their jobs in the past year. And they won’t solve a long-simmering lack of diversity in corporate America, one that many employers newly promised to address in the wake of last summer’s anti-racism protests.

“Stepping out of the workforce has been an issue for so many women, for so long. But it was more or less invisible,” says Addie Swartz of ReacHire, a Boston-based company that runs returnships and other professional development programs for employers including T-Mobile and Wayfair. “Now it’s front and center.”

Returnships predate the current economic crisis—and the previous one; Goldman Sachs trademarked the term in the summer of 2008. While the specifics vary, return-to-work programs generally aim to recruit and sometimes reskill people who have stopped working for several years, and whose technical knowledge may be out of date. Some companies establish and administer such programs themselves; others rely at least partially on partners like Path Forward and ReacHire, which both say that about 80% of the people who go through their returnships are then hired into full-time roles at the companies where they trained.

While no one yet tracks annual participation in all returnships, only a few thousand people at most are estimated to be enrolled in such programs every year—a tiny drop in the bucket compared with all the jobs lost during the COVID crisis. And 2020 wasn’t a great year for returnships, since “companies just weren’t hiring” in general, Forman says. But now she’s seeing an uptick in demand from large employers—at least in some industries. (“There are companies that are not returning our calls right now,” she acknowledges. “We’re not doing much in the travel industry at any level.”)

There’s also an increase in returnship demand from applicants, especially the women who have taken on the bulk of remote-schooling supervision and other childcare obligations during the pandemic. IBM, for example, says applications in January and February for its internal program have increased 167% from a year earlier, before the pandemic. The tech giant used to limit its returnships to people who had been out of work for at least two years. But early this year, IBM widened eligibility to those who left the company as recently as a year earlier, “knowing that there are many more people in this economic environment who are becoming displaced,” says Nickle LaMoreaux, IBM’s chief HR officer.

LaMoreaux adds that 99% of IBM’s returnship participants are women, “who have disproportionate responsibilities around childcare or eldercare, which often take time away from work—even absent a pandemic.”

Like IBM, many of the companies that offer returnships directly or through partners are in the high-tech or professional sectors that offer better benefits and pay than the service-based “essential” industries that have majority-female workforces. But these knowledge-based employers are all too often reluctant to hire women in the first place—as LaMoreaux is the first to acknowledge.

“Particularly in the tech sector, these are higher-paying jobs, and they can provide flexibility,” she says. “And they are not nearly diverse enough.”

That lack of diversity goes beyond gender. Women of color have suffered the worst of the pandemic’s job losses—in part because corporate America doesn’t hire them. Instead, Black and Latina women account for a disproportionate number of low-wage workers in restaurants, retail, health care, education, and all the other service industries that have been closed down by the pandemic.

Several people I interviewed for this article expressed the hope that the events of last year will lead to a meaningful change in corporate America’s racial diversity. Many large employers made public pledges to do better in the wake of George Floyd’s killing and the sweeping Black Lives Matter protests that followed. It remains to be seen how successful, or committed in the long term, they will be; although Forman, at least, is optimistic.

“I think some companies did some real examination this summer, focused on racial equity and looking hard at all the ways they were not being inclusive,” she says. “Employers are being mindful of diversity in a way that feels different from 2018 and 2019.”

But HR executives at several tech companies acknowledge that the industry still has a lot of work to do. “COVID highlighted a lot of things that we knew were right under the surface,” including the risk of technology changing jobs and continuing to “leave women and people of color behind,” says Christy Pambianchi, Verizon’s chief HR officer.

The wireless company in October announced a $44 million, multiyear commitment to train and reskill people affected by the pandemic, through a partnership with a nonprofit called Generation, with a focus on candidates who are Black and Latinx, women, and/or who do not have a four-year college degree. More immediately, Verizon also provided an unusual degree of flexibility to its retail and other essential workers during the pandemic, by allowing them to transition into part-time or remote roles; it also offered to reimburse all employees up to $100 per day for childcare expenses.

“It’s been just an unbelievable challenge for parents,” Pambianchi says. “Adding a couple of days a year to the company PTO bank is not going to solve a problem of this size and scale.”

Even before the pandemic started, “we knew we had work to get done,” says Kerry Field, vice president of talent at Analog Devices (ADI). “We needed to focus more on women.”

Field joined the Fortune 500 semiconductor company in November 2019 and soon set internal goals for retaining and promoting more women to management positions. ADI started working with ReacHire to provide more development resources for early-career women, formalized an internal training and sponsorship program to put more women on the management track, and set specific goals to increase internal diversity. But some of the seemingly simplest changes required a global pandemic to implement.

“ADI was a very face time–oriented organization before COVID—but COVID has shown us that we can be quite productive at home,” says Field.

Her team is now reviewing the job descriptions and responsibilities for roles that were once entirely on-site, and has found that “the vast majority” of nonmanufacturing jobs can include a hybrid mix of remote and in-person work. “When this pandemic is over, we will have more flexibility,” she vows.

That was one of the most frequent refrains from many HR executives and economists interviewed for this story. Tech giants including Facebook, Twitter, and, last week, Salesforce, have all announced more remote-friendly post-pandemic policies for their workforces. And “remote work is a real game changer for women,” says Julia Pollak, labor economist at online jobs marketplace ZipRecruiter. “A pandemic that really hurt women’s careers could also paradoxically bring about big [positive] changes.”

Pollak is relatively optimistic about women being able to find jobs once the pandemic is over, even if they spent most of 2020 unemployed or out of the labor force entirely. “Long-term unemployment is not going to be as stigmatizing as it was in the past,” she says. “If women are forced to put ‘2020 to 2021: Homeschooled two children during a global pandemic’ on their résumés, hopefully that gap is not going to hurt them at all.”

But even if women are able to return to the workforce en masse as soon as the United States reaches herd immunity, they will still face plenty of disastrous economic fallout. Unemployed women are losing current income and future retirement earnings—not to mention negotiating power with future employers, who already pay women less than men, and women of color worst of all. (Some economists predict that the pandemic will increase the gender wage gap by five percentage points.)

Forman of Path Forward also worries that many employers won’t be willing to acknowledge how long it may take some women to recover from the pandemic’s ripple effects, especially on their caregiving infrastructure.

“There will be fallout from health and mental health issues, and the childcare industry has been obliterated,” she says. “The kids are going to go back to school, God willing, but are those schools still going to close at 3 p.m.? Maybe the aftercare program is completely obliterated, because they went out of business—and summer’s coming, but what if camp also went out of business?”

“A six-month or 12-month gap is not much to overcome in my experience,” she adds. “But does that turn into a two-year or three-year or four-year gap because of all the fallout?”

Which is why even some executives who run return-to-work programs wish that employers would think more proactively about how to avoid needing them. As LaMoreaux puts it, “All companies today need to think to themselves: ‘How do we stop women from leaving in the first place?’”