Female founders’ share of venture capital funding shrank to 2.2% in 2020 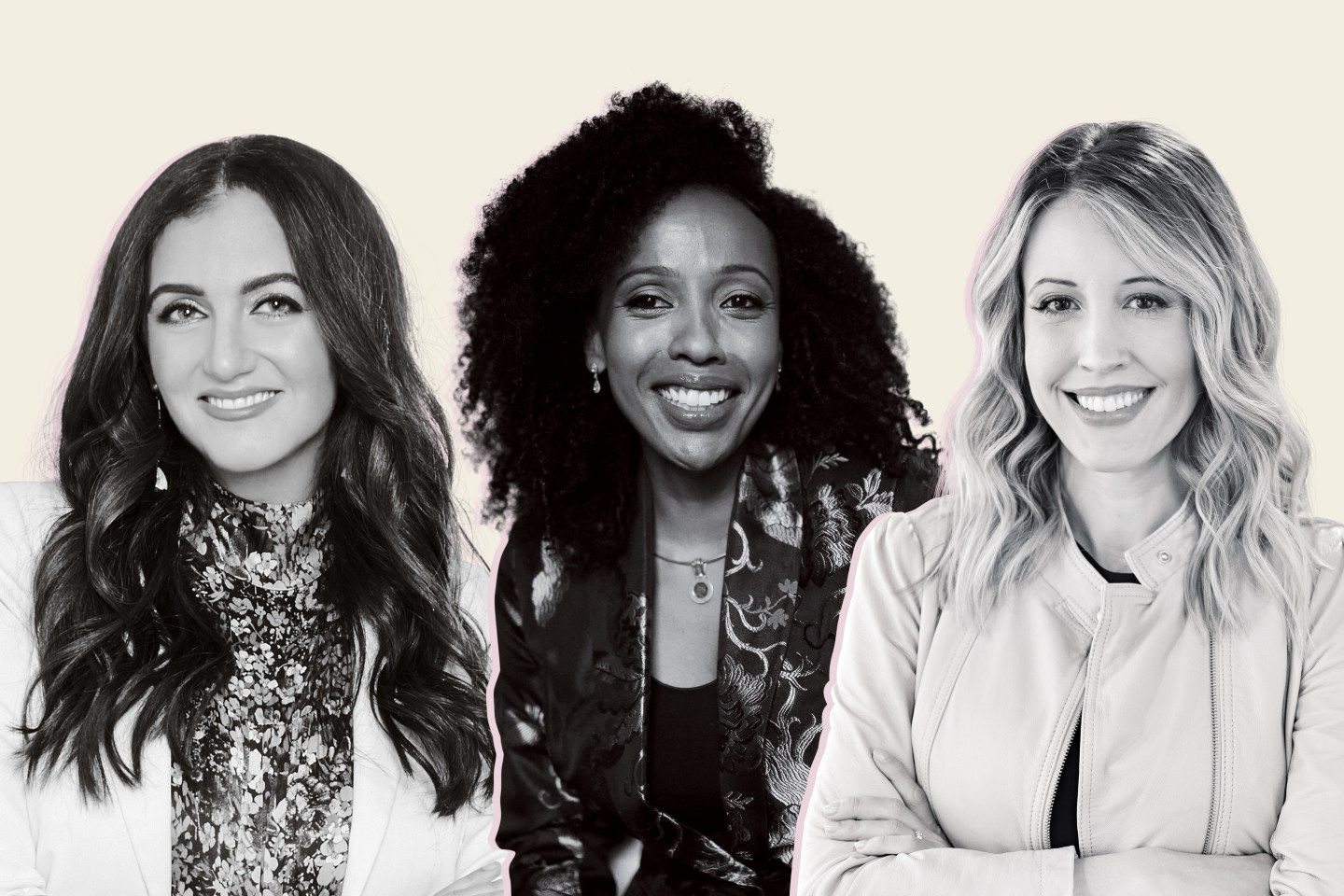 Jenn Hyman of Rent the Runway, Sara Menker of Gro Intelligence, and Julia Cheek of Everlywell closed some of the largest deals for female founders in 2020.
Courtesy of the companies

Good morning, Broadsheet readers! Nasdaq celebrates its 50th anniversary, Ngozi Okonjo-Iweala is set to become the new leader of the WTO, and female founders were left out of 2020’s VC boom. Have a productive Monday.

– Boom or bust? At the beginning of every new year, Fortune examines how the venture capital industry supported female founders—or not—the year before. We just published our look back at 2020, and the results aren’t pretty.

Early in the pandemic, VC activity slowed to a crawl—but ultimately, that slowdown was short-lived. Startups as a whole raised 13% more from venture capitalists in 2020 compared to 2019, for an annual total of $150 billion, according to PitchBook data.

And how did female founders fare? Companies founded solely by women (to distinguish from companies with male and female founders) received less investment than in 2019, both by share of the pie and total dollars. Female-founded companies raised $3.31 billion in 2020, or 2.2% of the year’s total sum, compared to $3.5 billion and 2.6% in 2019.

Pam Kostka, the CEO of All Raise, pins the blame on what she calls the “known founder effect.” Faced with challenging circumstances, investors retreated to what they already knew, choosing to back later-stage rounds for founders they’d already invested in or new founders who were already within their networks. Women and people of color are less likely to be in either category.

Among the female founders who succeeded in raising last year, Everlywell, the at-home lab-testing startup founded by CEO Julia Cheek, claimed the top deal of the year for a startup founded by a women-only team, with a $175 million Series D round. Gro Intelligence, whose mixed-gender team of founders includes CEO Sara Menker, closed one of the largest deals ever for a Black female founder: an $85 million Series B round.

- WTO first. Ngozi Okonjo-Iweala, an economist and former finance minister of Nigeria, is set to become the next director general of the World Trade Organization, which would make her the first woman and first African national to hold the job. Her candidacy got a boost on Friday when the Biden administration expressed its "strong support" for Okonjo-Iweala, and on Saturday when South Korean trade minister Yoo Myung-hee, another contender, said she was withdrawing from the race. New York Times

- 50 and thriving. Today is the 50th anniversary of Nasdaq, Inc., the company behind the stock exchange. Fortune's Shawn Tully talks to Nasdaq CEO Adena Friedman about the milestone and the business's shift away from relying primarily on its exchange as its future. Fortune

- January jobs. According to January's jobs report, 275,000 women vanished from the U.S. labor force last month. This time, they made up 80% of total job losses. Overall unemployment fell in January, but rose for adult Black women. Fortune

- Super Bowl social. In last night's Super Bowl, Tampa Bay's Lori Locust and Maral Javadifar made history as the first women to win the Super Bowl as coaches. Sarah Thomas, meanwhile, became the first woman to referee the game. Ahead of the game, CMOs from PepsiCo and Frito-Lay spoke to Fortune about what's so different about advertising in 2021. FritoLay CMO Rachel Ferdinando says that with people watching the game from home, social media advertising—like Snapchat filters—was a bigger part of the brand's strategy.

MOVERS AND SHAKERS: Dyllan McGee will step down from the helm of MAKERS Women, staying on as a board adviser. NetApp added Splunk CMO Carrie Palin to its board of directors. Truliant Federal Credit Union hired Aldersgate Life Planned Organizations' Veronica Calderon as SVP, diversity, inclusion, and equity.

- Value add. How much value does the unpaid labor of Black women contribute to the economy? Economist Nina Banks is pushing policymakers to measure it—not just domestic work, but the additional layer of community work to improve the environment, housing, and access to food that Black women have often taken on where governments failed. New York Times

- Actors on actors. Screen Actors Guild award nominations, announced last week, responded to some of the oversights of the Golden Globes noms, including a nod for Michaela Coel in I May Destroy You. The acting awards are also set to honor performers in films by female directors, including a film ensemble nomination for Regina King's One Night in Miami. LA Times