From pet adoptions to D.I.Y. home improvement to sweatpants: 10 COVID-fueled consumer trends that will endure 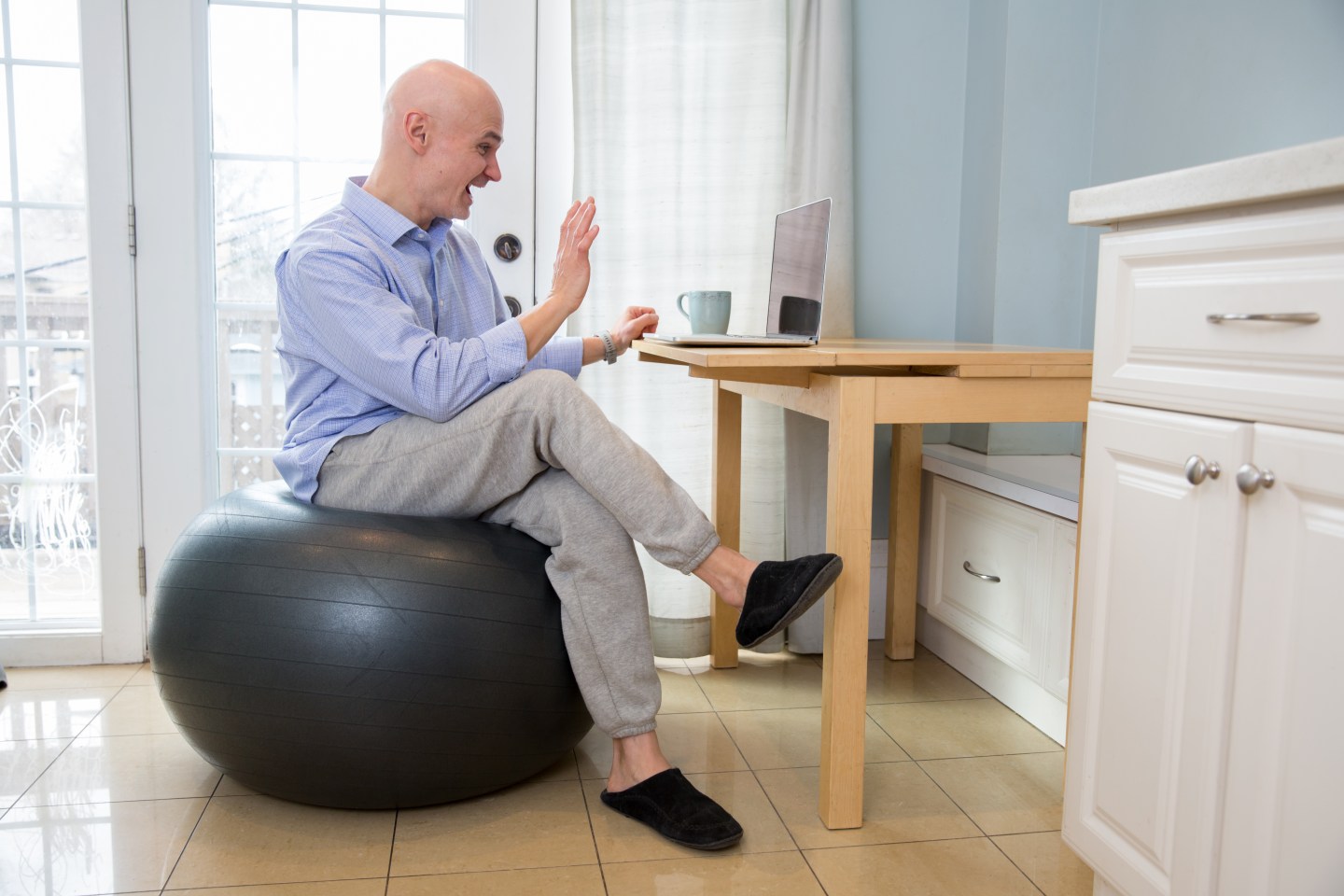 Many people say wearing comfortable clothes like sweatpants makes it easier to focus on work.

As Americans have hunkered down amid the continuing pandemic, the unable to engage in travel or their usual social activities, they’ve sought different outlets for their energies, and by extension, their spending.

Millions people across the country, lonely looking to occupy bored kids, adopted pets in record numbers. Others figured they might as well fix their roof or set up a new home office in their basement. Another cadre of people doubled down on streaming entertainment into their home while theaters were closed, or set up their own home gyms. Legions of shoppers discovered they are happy to go to a store to pick up an online order without having to go inside, or pay without having to touch anything other than their own phone.

“The way consumers want to shop has permanently shifted, and it’s not going back,” Sonia Lapinsky, a managing director at AlixPartners, tells Fortune. Services like curbside pickup and contactless payment are now “table stakes.”

While a lot of consumer behavior could revert to what it was pre-COVID, some of these shifts are here to stay. Here are some of the consumer trends Fortune thinks will endure after most Americans are vaccinated and the pandemic has eased.

Americans have gone wild for dogs (and, to a lesser extent, cats), leading to a surge in adoptions that has fueled the pet industry. Petco, which aims to return to the stock market soon, said sales were up 16% last quarter, while Chewy saw business spike by nearly 50%. The legions of new ‘pet parents’ will only accelerate the pre-pandemic trend toward the humanization of pets, so expect the rise of fido-oriented to spending to continue.

Home is where the spending is

In November, consumers did what they’ve been doing since the pandemic broke out: spending less on fashionable clothing—but much more on home projects. With analysts expecting home values to hold steady, and more Americans working from home at least part of the time even once it’s safe to venture out into the world again, home improvement projects will continue apace and solidify Lowe’s and Home Depotas two of retail’s biggest winners.

Etsy has thrived during the pandemic, partly by selling enormous quantities of face masks ($130 million-worth in the first quarter alone); the company’s revenue doubled in the first nine months of the year. The handmade goods e-commerce site, which has made big strides in improving the reliability of its sellers’ delivery of orders, has attracted many new entrepreneurs, including more than a few needing to supplement their incomes during a brutal recession. Along the way, it has tapped into a significant cultural shift that is seeing many consumers seeking more customized products than what they can find at big-box stores.

It might seem like pedestrian service for shoppers, but curbside pickup has made all the difference in determining retail’s winners and losers are this year. Chains like Petco and Ulta Beauty that didn’t offer the service before the pandemic but quickly stood it up as spring lockdowns limited retail options immediately saw the benefit. And now that shoppers have gotten used to the convenience of retrieving online orders in a way that doesn’t even require them to leave their car—and with a speed that makes it hard for even Amazon to compete—expect customers to make curbside a regular part of how they shop.

Casual and cozy are in, dressy is out

Work from home turned sweatpants into office wear and deepened the so-called “casualization” of the American wardrobe. With workers not so concerned about professional attire—at least from the waist down—and fewer events for people to get fancy for, 2021 saw overall apparel sales plummet. The exception to the rule: retailers specializing in athletic wear or casual clothing. To see that schism playing out in companies’ bottom lines, just compare the results of struggling fashion retailers like Banana Republic, Macy’s or Nordstrom with those of those of Lululemon Athleta or Old Navy. Expect the trend toward casual wear to continue into 2021, with American offices unlikely to be teeming with people again anytime soon.

E-commerce for the little guy

In March, as non-essential retailers like Kohl’s and Old Navy were ordered to close stores indefinitely, they were least able to fall back on big and established e-commerce businesses. Not so for countless small local stores. That has led to a surge in such companies going the Shopify route to quickly build a digital business. Shopify, which provides the tech needed to operate an e-commerce site, said sales on websites using its technology rose 76% over the Black Friday-Cyber Monday period—with much of that growth fueled by companies new to online selling.

Who needs a gym?

Peloton’s sales skyrocketed as gyms closed for weeks nationwide and the more affluent sought other ways to stay in shape. (The stationary bike maker’s sales more than tripled last quarter.) But many Americans also gravitated toward less expensive means of staying fit, creating a new cycling and running boom. That has now translated into surge in ski equipment sales for the colder months.

As much as we talk about “Zoom fatigue,” videoconferencing has been an essential way for people to stay connected, professionally and socially. It remains to be seen whether Zoom itself will maintain its overwhelming popularity as security-minded corporations are increasingly gravitating toward services like Microsoft Teams and Google Meet. But with videoconferencing technology vastly improved and work-from-home likely to remain a popular option, this way of remotely connected isn’t going away any time soon.

Movies from the comfort of home

Netflix, HBO Max, and similar services have become a lifeline for tens of millions of Americans during the pandemic, allowing them to binge watch programs at a time of their choosing. Unless people miss audience members talking or eating loudly during a movie, it’s hard to see viewers reverting en masse to movie houses—with the likely exception of seeing blockbuster movies that demand the big screen. And at least some of the Hollywood studios seem to be signaling that they agree: Warner Bros said this month it would release all of its 2021 movies in theaters and on HBO Max simultaneously.

Even before the pandemic, more and more businesses were going cashless, despite misgivings from some local government regulators that this excludes America’s sizable “unbanked” population. But with COVID-19, the ability to conduct a transaction without touching anything—via ‘tap-and-pay’—became a selling point for many stores and restaurants. By mid-2020, the use of contactless payment had nearly tripled in the U.S. compared to spring 2019. The convenience and ease of this touch-free option will make it a fixture in U.S. consumer spending.