How to make mental health care more accessible to women 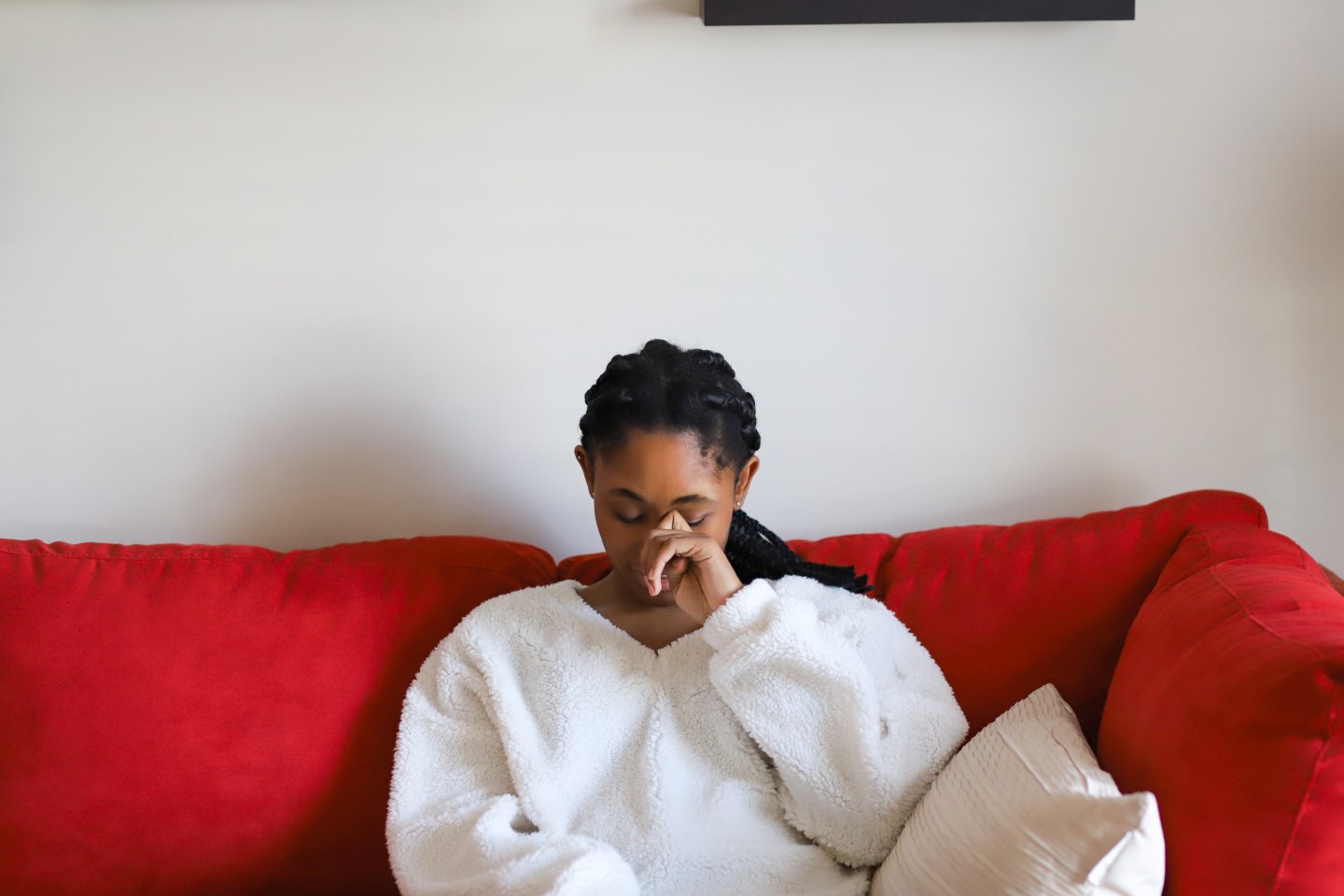 Would more women use mental health care if it were easier to access?
Getty Images

Good morning, Broadsheet readers! Women in health care get the first coronavirus vaccines, Pinterest settles its lawsuit with Françoise Brougher, and a startup that aims to make mental health services more accessible. Have a terrific Tuesday.

Last week, my husband and I got an unexpected notice from our 2-year-old’s preschool: He had been directly exposed to COVID, and we had to go pick him up right away. Along with the other families in our son’s room, we would have to get tested and quarantine.

This set off a chain reaction: I immediately asked my ex-husband to keep my two older kids, who live part-time with us and part-time with him, until my husband, son, and I were in the clear. My girls, ages 9 and 11, would have to stay at their other home in order to minimize their exposure.

So far, everyone appears to be healthy. But I can’t overstate how devastating this ordeal has been for me. At a time of uncertainty and fear, when all I wanted was to hold all of my children close, I couldn’t. As my 11-year-old daughter said to me, beautifully summing up the incongruity of the situation: “It’s hard enough socially distancing from my friends, but I never thought I’d have to socially distance from my mom.”

Lucky for me, I have a support network, including a therapist. When the pandemic hit last spring, we switched our in-person appointments to virtual sessions. And I’m so glad we did. These sessions have been more important than ever, giving me a dedicated time and place to talk through all the ups and downs (okay, mostly downs) of this chaotic year.

I’m just one data point in a growing trend. The pandemic has forced a rise in telemedicine across all fields, but a recent study from the Commonwealth Fund shows that behavioral health leads the way. Out of all other fields, it has the highest percentage of visits currently conducted online—about 40% of total sessions. This has potential implications way beyond the pandemic. One of the biggest hurdles to therapy is access. Another one is cost. Telemedicine doesn’t entirely solve for these, but it certainly alleviates some of the accessibility issue. That’s especially true for people in communities without an adequate supply of providers nearby.

Would women, who end up shouldering more of the responsibilities at home, be more likely to turn to therapy if it was easier and less time-consuming to do so? (Again, I realize therapy is not just inconvenient, but also cost-prohibitive, for many.)

Case in point: Men are typically much more likely to seek treatment for addiction than women. That’s just one of the fascinating tidbits that came out of a recent interview I did with Robin McIntosh and Lisa McLaughlin, two entrepreneurs who met at an Alcoholics Anonymous meeting. Their startup, Workit Health, brings together technologists, clinicians, and counselors to offer a fully-digital recovery program. The aim? Make the path to recovery accessible for more people, from wherever they are.

Interestingly, initial results show that Workit Health’s digital-first approach is achieving better retention results than traditional, in-person recovery programs. There’s a lot that’s still to be learned about the opportunities and limitations of telemedicine and its applications to recovery and behavioral health. But with mental health-related issues on the rise, along with rates of opioid and other drug-related overdoses, there’s plenty of room—and need—for innovation.

While I don’t suffer from addiction, I can easily see how this time of uncertainty and the separation from my kids, not to mention the slew of very real threats and traumas so many of us are facing under the pandemic, could have sent me spiraling if I did. To be honest, I broke down a bit. We all have our breaking points, and for a variety of reasons, this particular episode hit me hard. But I feel blessed to have a place to turn. Nothing beats holding my children close, but talking to someone—yes, even over Zoom—can provide solace at a time of need. May we all be so lucky.

- On the front lines—in a new way. As COVID-19 vaccines start to be administered nationwide, women in health care who have been on the front lines of the pandemic are among the first to receive them. In New York, ICU nurse Sandra Lindsay said she felt "hopeful" after receiving the state's—and the country's—first approved vaccine. In Los Angeles, ICU nurse Helen Cordova was among the first to be vaccinated. In Florida, the honor went to nurse Vanessa Arroyo. BuzzFeed

- Serena + startups. Serena Williams, who invests in startups through her fund Serena Ventures, wrote an op-ed about how Black women founders are underestimated, underpaid, and underfunded. The tennis star—whose op-ed was published shortly after her friend Meghan, The Duchess of Sussex announced a startup investment of her own—says she sees herself in "the Black female founders who are often counted out right from the start." CNN

- New allegation in New York. Lindsey Boylan, a former aide to New York Governor Andrew Cuomo, accused him of sexual harassment. Boylan, who is now running for Manhattan borough president, says that the governor often "harassed [her] about [her] looks." A spokesperson for Cuomo denied the allegations. New York Times

- Safety first. As members of the Electoral College convened yesterday to cast their votes for President, all eyes were on Michigan, where right-wing protesters this year have demonstrated with guns at the Capitol and where there was a plot to kidnap Gov. Gretchen Whitmer. The state's legislative buildings closed due to a "credible threat of violence" and Whitmer said leaders have "always been mindful that it's going to be necessary to make sure everyone is safe" on this day. NPR

- A Savage deal. Rihanna is reportedly seeking $100 million to scale her lingerie business Savage X Fenty (not to be confused with Fenty Beauty, her beauty empire). The pop star/mogul has hired Goldman Sachs to raise the funding, the NYT reports, to be used to expand in Europe and introduce athletic wear. New York Times

- Talking the talk. All talk with no action isn't enough on the issue of diversity and inclusion. But new research suggests that talking the talk means companies are more likely to walk the walk. "Verbalizing values appears to be an essential part of the way that companies process and internalize change," write Signe Spencer, Evelyn Orr, and Michael Hyter of the Korn Ferry Institute. Fortune

Panic! In the pod The Cut

"People that like movies. People that want to see stories about people. People that are interested in what women think about things—what it’s like for us to go through the world day by day."

-Director Nancy Meyers, in a wide-ranging interview with Vulture, on who she makes movies for