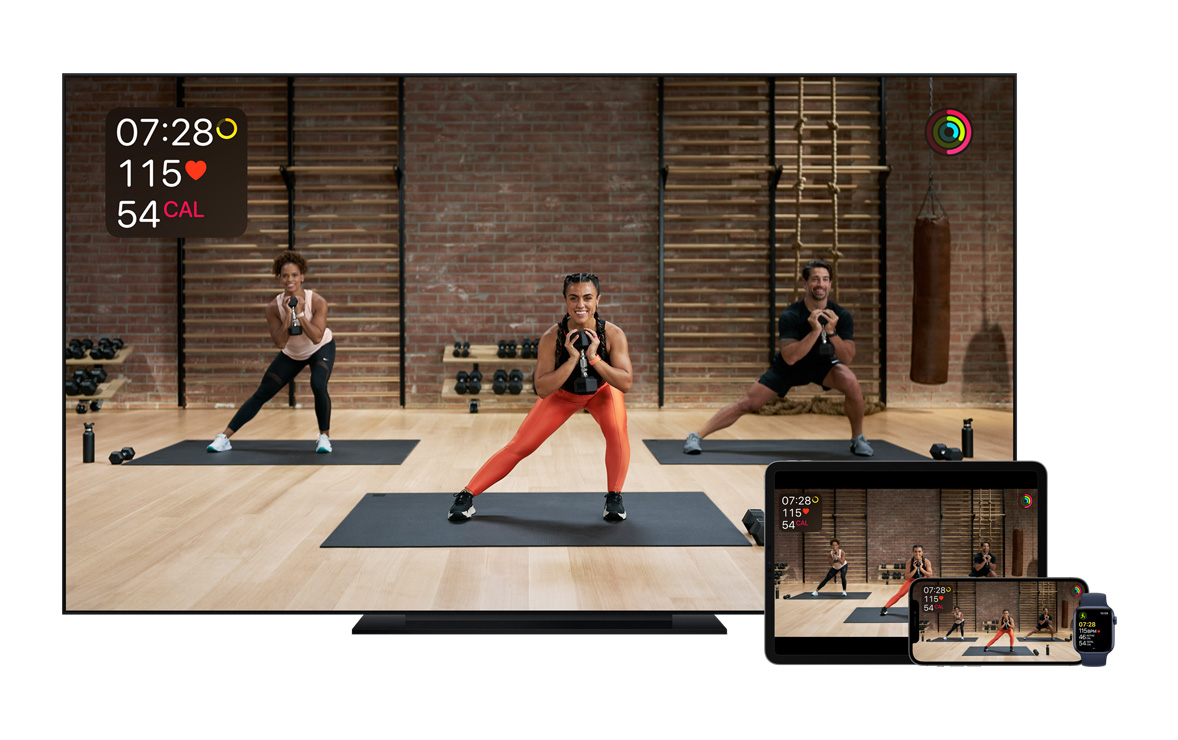 Apple’s new workout video service, called Fitness+, is a lot like other app-based exercise programs. It includes a wealth of videos led by fit and enthusiastic instructors who guide users through activities like yoga, treadmill running, and indoor rowing.

But while Fitness+ is less sophisticated than many rival apps used by workout mavens, deep integration with Apple’s other apps and devices makes it a solid choice for the company’s fans. In fact, you must own an Apple Watch to sign up for the service and an iPhone, iPad, or anApple TV set-top box to review the videos.

As an avid Apple Watch user, that sounded fine with me. But the device requirements are a departure from competing apps, like Sweat and Fitbod, which don’t require an Apple Watch and are often compatible with a variety of wearables.

In testing Fitness+ over one day, I found the video production values high, the music choices varied but all first rate, and the instructors to have energy to spare. There’s also a large selection of videos in each of the 10 workout categories–with more added every week.

Watching the videos on a phone or tablet works best when using exercise equipment like an indoor bike or treadmill. But I enjoyed my free standing workouts most when following them on a big TV screen.

Another element I liked was that Apple let the personalities of the various exercise leaders shine through. In a high-intensity workout, Bakari was all smiles as we sweated to the beat of 80s classics from Rick James and Devo. Meanwhile, Kim, teaching in the same category, seemed a little tougher and she preferred more current tunes from KDA and Jax Jones. In a “mindful cooldown” to end my fitness fest, Jessica was warm and encouraging.

Each instructor has their own page in the Fitness+ app that features a mini biography about them, a list of their videos, and a link to their Instagram accounts (otherwise I never would have guessed that strength and core training leader Amir played offensive lineman in at UCLA).

And Fitness+ is, as I mentioned, deeply integrated with Apple’s devices. When watching a video, you can start, pause, or end it from your Apple Watch. You can also add any song from a video in Fitness+ to your Apple Music app playlists. And Fitness+ users can watch videos not just on their own Apple TV, but any Apple TV (as long as its running the latest software). The device logs into the Fitness+ user’s account and doesn’t leave any data trail behind. That could be handy if I travel after the pandemic is over.

Despite all those benefits, the Apple Fitness + seems best suited for beginners and intermediate exercisers, and not more advanced users. Videos are classified only as “absolute beginner” or just typical. There are no double black diamond workouts here. And unlike popular services from exercise-equipment makers like Peloton and NordicTrack, there’s no way for the Fitness+ app to get performance readouts from the machines you’re working out on. It only tracks heart rate data from the Apple Watch and makes its own calorie burning calculations (the Apple Watch on its own tracks some other metrics like step counts and blood-oxygen levels but those aren’t connected to the Fitness+ app).

Apple’s service also doesn’t track or calculate any progression on your journey to becoming more fit. My Strava app for running and biking, for example, has all sorts of training trackers like a daily fitness score and a weekly intensity measure. It uses my performance, perceived exertion tracking, and heart rate over time to calculate those. In contrast, Fitness+ reports all workouts to Apple’s old ring-based daily fitness goal tracker, but it fails to offer much advice beyond that.

Instead, the service recommends workout more like a streaming music app. What songs, I mean workouts, did you like in the past? Let’s try some more of those.

Some rival services offer more sophisticated suggestions based on users’ actual performance in their exercises. Apple says Fitness+ will try to recommend other kinds of exercises if you’re piling up workouts that are too similar (all rowing all the time? Maybe it’s time to try some yoga).

A subscription to Fitness+ alone costs $10 monthly or $80 for annually, and it can be shared among up to six family members. That’s cheaper than many rival apps, though as mentioned, Fitness + isn’t as sophisticated.

Anyone who already has an Apple Watch can get one month of Fitness+ for free and new Apple Watch buyers get three months free. Some gyms are also bundling Fitness+ free with their memberships, starting with Life Time. And the exercise service is also included in Apple’s mega-bundle, the Apple One Premier plan, which costs $30 monthly and also includes Apple Music, Apple TV+, and other services.

And that may be the most logical source of early Fitness+ users. Many people who haven’t been focused on fitness may get it merely by signing up for the premier plan needing extra the cloud storage space or seeking the more established music and TV services.

Fitness+ is perfect for people getting back into workouts after slumping off during the pandemic or deciding to dabble for the first time—as long as they own an Apple Watch, that is.