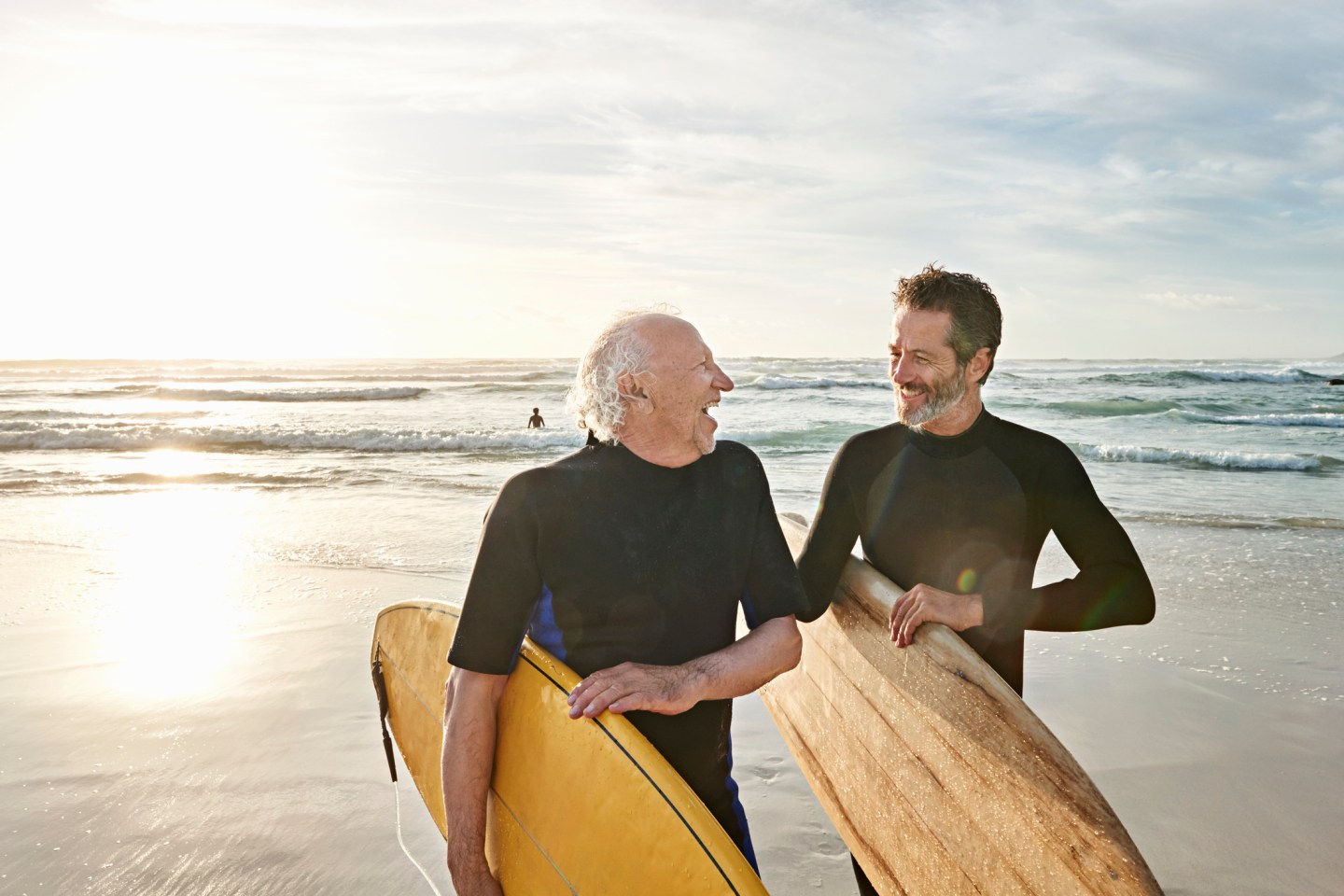 Feel young for your age? Think you have the mind of a 25-year-old, even though you’re pushing 45? Are you in better shape now than when you were in grad school? A new app promises to use cutting-edge science and technology to tell you if you’re right.

Young.ai, an iPhone app created by Hong Kong–based technology company Deep Longevity, will use a variety of “biological clock” algorithms to compute a user’s biological age based on everything from blood samples and data collected from wearable fitness trackers to a simple photograph of the user’s face.

A person’s biological age is a way of assessing how rapidly a person is aging based on a number of indicators. It can differ from a person’s chronological age owing to health and lifestyle factors, as well as genetics. For instance, a 50-year-old ultramarathoner might have a younger biological age than a 35-year-old couch potato.

The Young.ai app, which is expected to debut on Apple’s App Store on Sept. 29, promises to not only tell a user her current biological age, but make predictions about the rate at which she is aging and then recommend personalized interventions—from exercise to diet—that could slow, or even possibly reverse, some of the effects of aging.

“We want to help everyone on the planet live longer and better regardless of their nationality, race, gender, or social status,” says Alex Zhavoronkov, who bills himself as the CLO—or “chief longevity officer”—of Deep Longevity, a company he also founded and runs as chief executive officer. The company was spun out of Insilico Medicine, which Zhavoronkov also founded.

He said the company wanted to provide advice on medical or lifestyle interventions that would “bring you a little back, closer to the age of your optimal performance, which for humans is usually between ages 20 to 40. After that we have, unfortunately, this declining path.”

The app will include a checklist of personalized steps that each user can take to help slow or reverse the aging process.

“Longevity tech,” such as Young.ai is increasingly attracting interest from both consumers and investors. Alphabet, the parent company of Google, owns Calico, a startup researching ways to extend human life spans. Craig Venter, the entrepreneur who founded Celera Genomics and helped map the human genome, has cofounded Human Longevity, a California startup pursuing similar ideas. (Deep Longevity has a partnership with Human Longevity on some biological clock methods.) Deep Longevity itself was recently purchased by Regent Pacific, a publicly traded Hong Kong company founded by British billionaire James Mellon, who has funded a number of ventures dedicated to reversing human aging.

The Young.ai app will assess a user’s biological age across up to 20 different metrics as well as providing an overall prediction of a person’s biological age, a score that Deep Longevity calls the “AgeMetric.”

“We believe in using multiple aging clocks,” Zhavoronkov said. “We believe there is no universal clock, but we can work with data from completely different modalities and combine those.”

The simplest of the biological clocks offered by Young.ai is an age-prediction feature based on a photograph of the user’s face taken with their mobile phone camera. Others include an assessment of a user’s heart rate, which can be obtained from a fitness tracker. The app is designed to integrate with both the Apple Watch and Fitbit fitness trackers. And some of the metrics are based on users answering simple questions in the app about their mental health and their own feeling about their age and aging process.

But other metrics that the app supports, such as analysis of a user’s transcriptome, a molecule essential to cell function, or assessment of a person’s microbiome, the microbes that live on and in our bodies, require sophisticated lab tests.

He said that in the future, Young.ai users might be able to order or book these more sophisticated tests directly through the app. The app might also eventually enable users to find and contact dietitians, personal trainers, and specialist health professionals who would be able help them take the steps the app recommends for slowing, or in a few cases reversing, the effects of aging.

The app will operate on a freemium model, with some of the simpler biological clocks and combined age score available for free, but some of the more sophisticated clocks will require payment to unlock. Zhavoronkov said that Deep Longevity hoped to eventually launch an Android version of the Young.ai app, but that it would be some time before it was ready to do so.

But the powerful predictive analytics underpinning Young.ai could also potentially be used by insurance companies to charge patients with more advanced biological ages or who seemed to be aging faster higher premiums for health or life insurance, or perhaps to deny them coverage altogether.

Users will give Deep Longevity the right to conduct anonymized research using their data as part of the app’s terms and conditions, Zhavoronkov said. He said the company would comply with any laws that required additional consent from individuals to use their data in specific research projects.

“We are well aware of the regulatory environment, and we will ensure no one’s data is used for research in an unconsented way,” he said.

The algorithms used to compute a biological age for each of the different data types—as well as the AgeMetric scoring mechanism—are either patented or patent-pending, Zhavoronkov said. The company has published some of the research underpinning these different “biological clock” algorithms, many of which use artificial intelligence to make predictions based on the data, in peer-reviewed scientific journals.