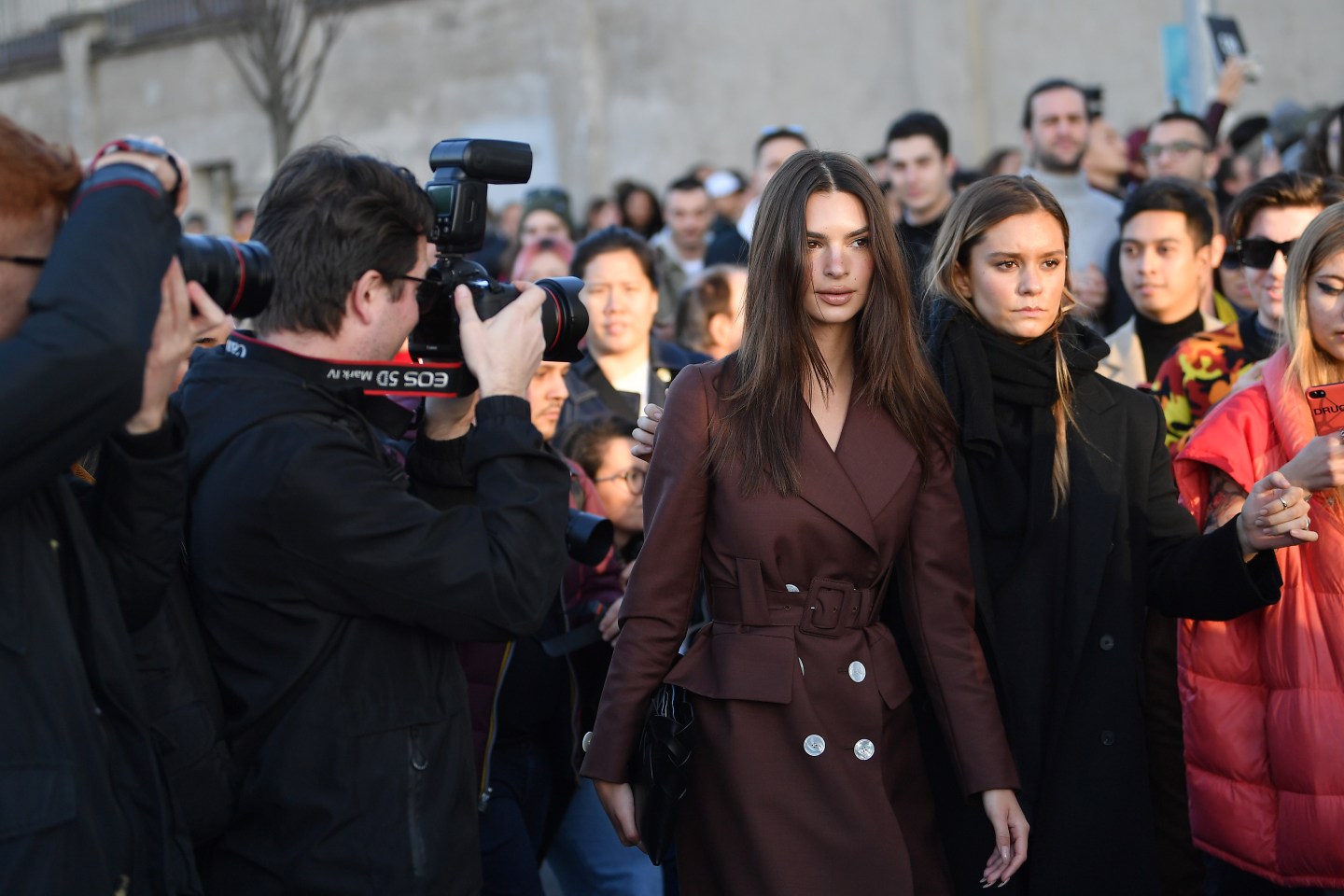 Good morning, Broadsheet readers! The record number of women running for Congress is official after the last state primary, Barbados will remove the Queen as its head of state, and a model attempts to reclaim her image. Have a terrific Thursday.

– Picture not-so-perfect. Yesterday’s Broadsheet included a link to model and actress Emily Ratajkowski’s essay—”Buying Myself Back”—in The Cut, but life being what it is these days, I didn’t get a chance to read it until yesterday afternoon. I’m very glad I did.

I encourage you to read her words in full (and listen to the follow-up podcast), but the crux of the essay is Ratajkowski’s struggle to assert some ownership over the many images of her that now exist in the world—be they on gallery walls or 4chan—and to stop the men who are profiteering from those photos in ways that go far beyond the typical fashion shoot. The experiences she describes—from being sued by a paparazzo for posting a photo of herself on her own Instagram, to having nudes leaked online, to watching helplessly as several books of photos (taken by a photographer she accuses of sexually assaulting her) are published against her will—are steeped in her feelings of anger and violation.

There’s so much that’s upsetting about Ratajkowski’s story. But what jumped out at me is the contempt that so many of the people involved seemed to have for her simply because she makes a living by posing for photographs (up to and including the people taking those photos). It’s a weird sort of victim blaming that suggests that if someone chooses such a “superficial” profession—and especially if they pose for nude or provocative photos—they deserve whatever they get.

Consider the response of photographer Jonathan Leder when The Cut asked him about Ratajkowski’s allegations of sexual misconduct. Calling the charges “too tawdry and childish to respond to,” he said: “You do know who we are talking about right? This is the girl that was naked in Treats! magazine, and bounced around naked in the Robin Thicke video at that time. You really want someone to believe she was a victim?”

You feel the same weight of condescension from online commenters who post about Ratajkowski’s pictures, fine artist Richard Prince (who appropriates her image for his art), and implicitly, from the many, many people who bought Leder’s unauthorized books of photos or attended the galleries that showed them.

The takeaway is clear: the image-making industry wants to profit from Ratajkowski’s work and an image-consuming public wants to pay to see it. But both seem to fault Ratajkowski for her willingness to comply—and neither is willing to acknowledge the human inside those perfect pictures.

- Toodaloo. Queen Elizabeth II is the head of state for 15 countries besides the United Kingdom around the world that were once part of the British empire; now Barbados has decided it will remove the monarch from that role and become a republic. "The time has come to fully leave our colonial past behind," says Barbados's Governor-General Sandra Mason. CNN

- Investment impact. Fortune's Maria Aspan digs into what Jane Fraser's appointment as Citi CEO means for other women on Wall Street. "It has to have an impact," predicts Lee Hanson, former investment banker and current vice chairman of the CEO & board practice at executive-recruiting firm Heidrick & Struggles. Fortune

- Legislative legacy. Yesterday, lawmakers introduced the I Am Vanessa Guillén Act, legislation that would reform how the military handles sexual assault and harassment, including by allowing victims to file monetary claims within the Department of Defense. The bill is named for the Fort Hood soldier who told her family she experienced harassment from a fellow soldier before she was found killed and dismembered weeks later. Military Times

- That's a wrap. On Tuesday, Delaware held the country's last election of the primary season; now that all states have voted, although a few races remain to be decided, the record number of women running as major-party candidates for Congress stands at 318, according to the Center for American Women and Politics. In Delaware, activist Sarah McBride won her Democratic primary, setting her up to become the country's first transgender state senator.

- SOT(E)U. In her first State of the Union speech as president of the European Commission, Ursula von der Leyen spoke out against Poland's "LGBT ideology-free zones," which some towns claim to have established. "Being yourself is not your ideology. ... LGBTQI-free zones are humanity free zones," von der Leyen said. "And they have no place in our union.” Guardian

- Shelton's stalled. Judy Shelton's nomination to the Federal Reserve is looking less likely to go through after GOP Sen. John Thune said Shelton doesn't currently have the votes to get through the Senate. Her nomination has been controversial, thanks to some of her past and current policy views, including on a gold standard. Washington Post

I directed Cuties. This is what you need to know about modern girlhood Washington Post

"Don’t our students and teachers deserve the same level of care and investment?"

-Cynthia Nixon, the actor and former candidate for governor of New York, on the difference between coronavirus safety measures on film and TV sets and at public schools