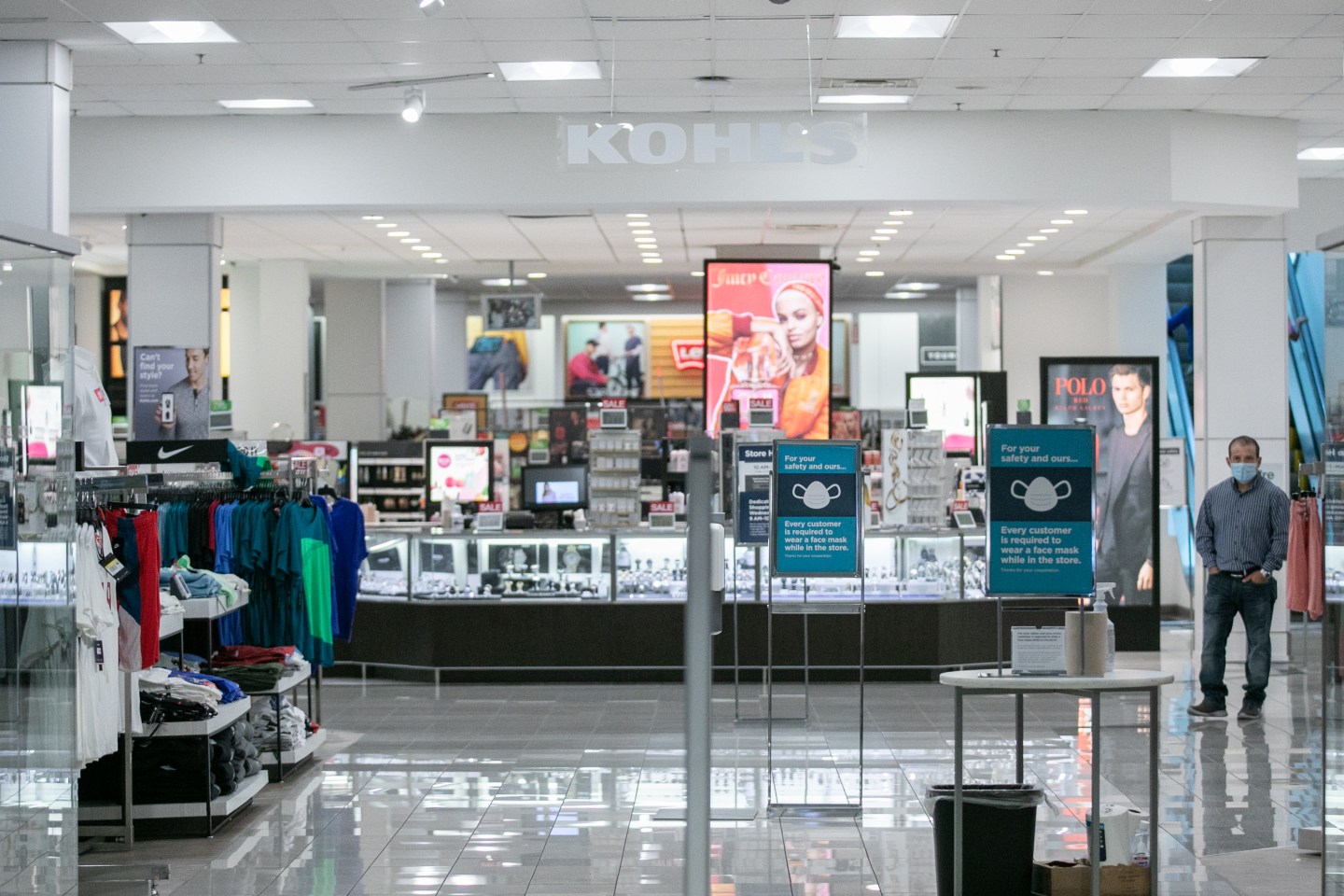 Kohl’s sales fell 23% in its recently finished second quarter, but the retailer’s chief executive sees a lot of opportunity in the even bigger troubles many of its rivals are facing.

The low-price department store chain on Tuesday reported better than expected results for the quarter, when total store hours were down 25% because of the COVID-19-related lockdowns in May. But Kohl’s has benefited from its historically strong balance sheet—its debt is still investment grade—that is allowing it to ride out the intense storm that has felled or diminished rivals.

An S&P Global Intelligence reported on Monday, there have been 44 retailer bankruptcies so far in 2020, already matching last year’s tally. Those include J.C. Penney and apparel chains like Ann Taylor, which compete with Kohl’s. Another Kohl’s rival, Macy’s, is reeling and closing dozens of stores.

And all this wreckage provides Kohl’s with an opportunity to rebuild its business as it outlasts rivals, its CEO believes.

“COVID has created a lot of devastation,” Kohl CEO Michelle Gass tells Fortune on a media conference call. “There is going to be market share opportunity that cuts across a lot of different types of retailers.”

Only a small percentage of Kohl’s stores are in malls, with the majority in strip centers where the likes of Ulta Beauty, T.J. Maxx, and Target operate. So Macy’s and J.C. Penney are only indirect competitors, in the physical realm at least. But Gass says Kohl’s has the tech and experience to market to potential customers in areas that have lost such a store.

“When there is a local store closure, whether that’s a chain that’s gone out of business or a single store, we have an opportunity to target customers in that local area,” says Gass, noting that Kohl’s had a record number of shoppers, 65 million, last year. A key component of getting new customers into Kohl’s stores has been its two-year-old partnership with Amazon, for which it handles returns at Kohl’s stores.

Kohl’s strip mall neighbors, notably Ulta and Target, are formidable rivals with popular offerings. But Gass is betting that Kohl’s will be a draw for shoppers with tweaks to its own assortments.

While Target is renowned for its store brands, particularly in apparel, Kohl’s has banked on partnerships with national brands like Under Armour and Nike, which are not at Target, and new exclusive tie-ups with the likes of Toms Shoes and Lands’ End, all while cutting some of its own store brands.

And she’s also hoping that Kohl’s neat, uncluttered stores, long an advantage over Penney and Macy’s, will attract those chains’ customers away. Kohl’s has reduced the amount of inventory it carries in stores and simplified displays to enhance shoppers’ sense of security in its stores.

“We all believe there is going to be a long tail to people being concerned about their health and safety long past the acute part of COVID,” says Gass. “We have spacious stores, and we are making them even more spacious.”

At the same time, the quarterly results of other retailers showed Kohl’s vulnerability as an apparel-heavy chain during the COVID crisis. Kohl’s posted a second-quarter loss of 25 cents a share when excluding some items, albeit better than the estimated 70-cent loss, and sales fell to $3.2 billion.

In contrast, Walmart and Home Depot reported blockbuster quarter results on Tuesday, while Target is expected to do the same on Wednesday. Gass herself acknowledged the difficulties that are likely to be long lasting.

“The environment is expected to remain challenging,” she said.