A new leader takes the reins at Outdoor Voices 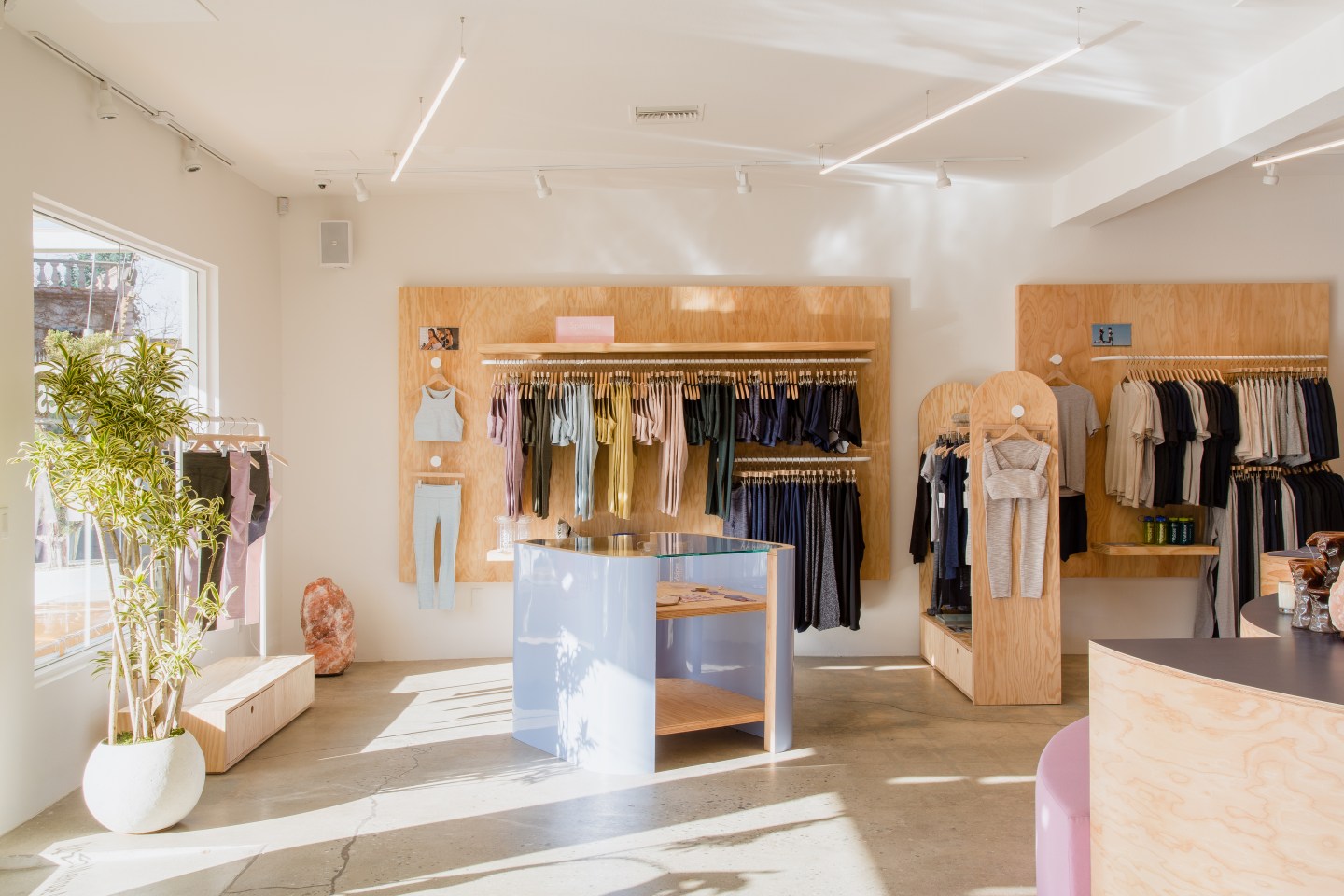 – M-OV-ing on. Female founders have been stepping down at a quick pace recently, owning up to alleged missteps and mistreatment of employees. But how will these female-founded companies carry on after such setbacks?

Athleisure brand Outdoor Voices is among the first lay the groundwork for its next phase. The company imploded in February as founder Ty Haney resigned as CEO amid criticism of her leadership from employees, financial losses, and a reported power struggle with Mickey Drexler, the former J. Crew and Gap Inc. executive who until recently headed the board of directors.

Now, Ashley Merrill, founder of women’s sleepwear brand Lunya, is joining the company as its chair. Merrill’s venture capital arm NaHCO3—where she serves as principal alongside her husband, Marc Merrill, the co-founder and former co-CEO of Riot Games—made an investment of an undisclosed size in the company.

“As someone who has tried to run a business with an eye toward profitability, I’m looking to help OV make that transition,” Merrill told me on Sunday.

Merrill founded Lunya in 2014—the same year that Haney founded Outdoor Voices. But Merrill’s apparel brand was self-funded, so she ran the company with aims of slower, more sustainable growth—compared to Outdoor Voices’ venture-backed “growth-at-all-costs” strategy, she says. Merrill hopes that experience will translate to guiding OV into its next chapter.

It’s unusual for a female founder of a different business to step in and take the reins from a high-profile startup peer. Merrill’s leadership of OV—working alongside Haney, who is retaining her board seat—as she searches for a new CEO for the brand will be one to watch. Could her appointment pose a model for other struggling women-led startups—like, perhaps, The Wing, another company where a co-founder and CEO who developed the brand resigned but remained on the board? Time will tell.

Plus, a reminder: Fortune is accepting nominations until June 30 for our annual 40 Under 40 list. Please submit candidates here!

And one more note: many of you have written in recent weeks (and long before) to ask that the Broadsheet capitalize Black when writing about Black women and people. After a style change at Fortune, we will now be doing so. Thank you to everyone who wrote in.

- 'My body is a monument.' If you haven't yet seen this must-read piece, take some time with it this morning. Writer and poet Caroline Randall Williams powerfully counters the argument in favor of Confederate monuments with a simple statement: "my body is a monument." Randall Williams writes about her ancestry, which includes white slaveowners who raped Black enslaved women. "I am not an outsider who makes these demands," she writes of the removal of monuments to slaveowners. "I am a great-great-granddaughter." New York Times

- Voters' VP view. Black political leaders have pressured Joe Biden to choose a Black woman as his vice president. But Black voters have a different view: three-quarters say race shouldn't be a factor in his decision. For more on the state of the VP race, here is a new Atlantic piece about Sen. Kamala Harris's candidacy and thinking.

- Keeping up. Gap Inc., led by CEO Sonia Syngal, has inked a deal with Kanye West. A Yeezy Gap clothing line for the masses will hit Gap store shelves in 2021. Another deal in the Kardashian-West household—Kim Kardashian West's talks with cosmetics giant Coty—hit a snag as partner Seed Beauty won a court order preventing KKW from sharing trade secrets.

- Nova on visas. Nova Credit COO Nicky Goulimis argues that the Trump administration's suspension of employment-based visas, and H-1B visas, will have devastating consequences for the economy—especially the tech industry. Fortune

- Hiring halt. Accenture, led by CEO Julie Sweet, will curb hiring, push back new employee start dates, and halt some promotions as the tech and consulting giant looks to cut costs. New hiring will be focused on replacing sub-contractors. Bloomberg

- That other crisis. American Federation of Teachers president Randi Weingarten and attorney Faith Gay write for Fortune about how student debt places an added burden on workers—especially essential workers and people of color—during the coronavirus crisis. Fortune

Women athletes are done taking the political back seat Jezebel

"Vote like our life depends on it, because it does."