How Goodwill is reinventing itself to ride the pandemic resale wave 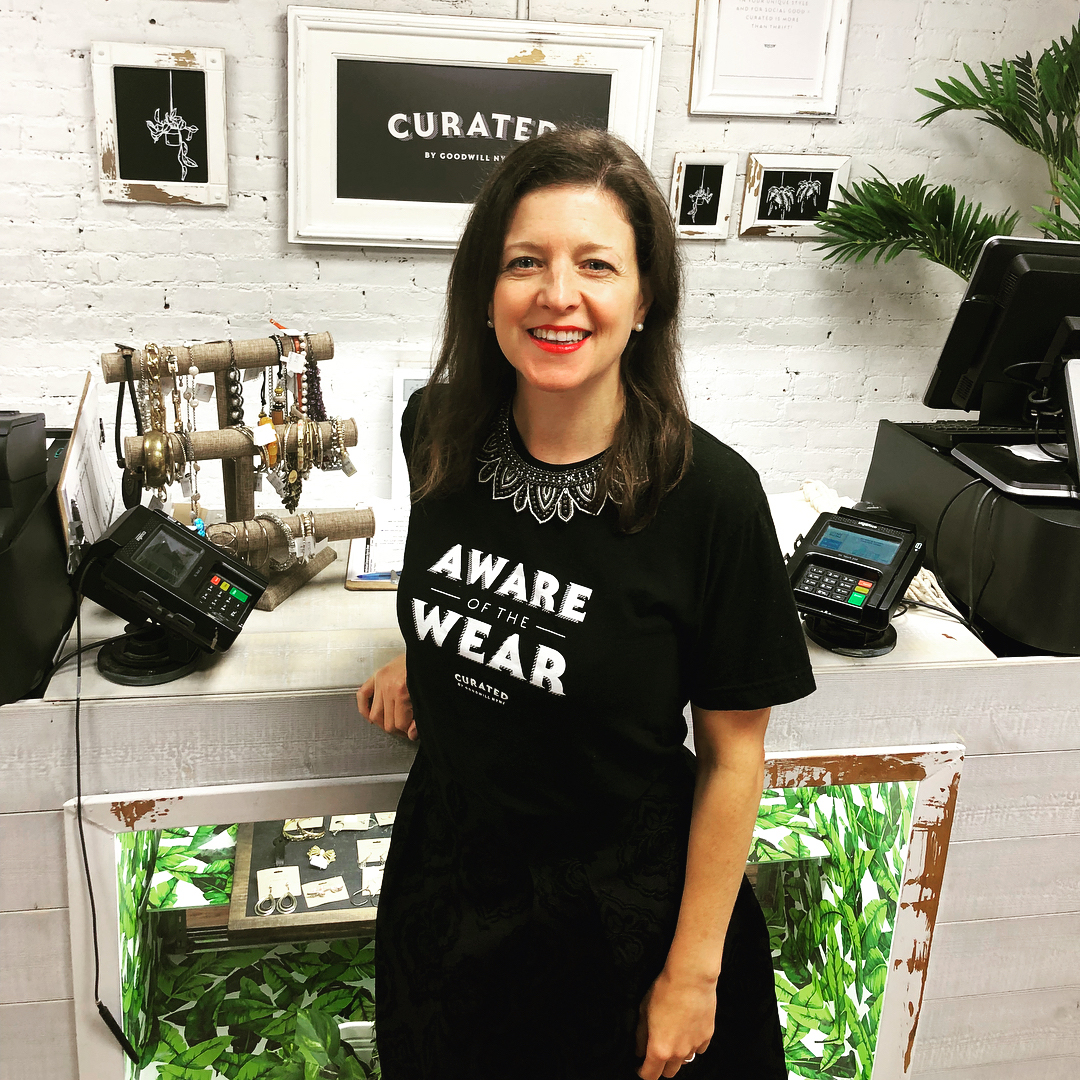 At the Goodwill store in downtown Brooklyn last week—the second day after in-store shopping was reinstated in New York City—a steady stream of shoppers milled about while social distancing, taking dresses and blouses off the racks and examining the dinnerware selection, partaking in the treasure hunt shopping they’d been craving for weeks.

While there was new signage on the floor reminding shoppers to keep six feet apart, other touches in the store were a reminder of the larger transformation going on in Goodwill’s locations: clothes were displayed in modern shelving against colorful walls, floors were immaculate and buffed, mannequins in the window were decked out in stylish clothing, and customers had the option to pay by Apple Pay.

“It’s the hunt. You can come here and have a lot of fun, we want this to be inviting,” Katy Gaul-Stigge, the CEO of Goodwill Industries of Greater New York and Northern New Jersey, as the organization’s metro New York affiliate is formally known, told Fortune as she gave us a tour of the store.

Before the pandemic, Goodwill was already modernizing the look of its stores to re-energize a retail business that had grown stagnant in recent years.

And the virus crisis is only adding urgency to those efforts, given the permanent ways COVID-19 is expected to change shopping habits in favor of Goodwill, deepening the so-called “shift to thrift”: last week, a study by research firm Global Data projected that U.S. sales at thrift stores would rise from $21 billion this year to $28 billion by 2024, even as chains like J.C. Penney and The Gap deal with defecting shoppers.

“We wanted to refresh the stores and re-introduce ourselves,” said Gaul-Stigge. That effort has included creating an Instagram presence, teaming up with influencers, and changing the merchandise in stores more often to enhance that “treasure hunt” shopping that consumers love so much today.

Despite the tailwind thrift retail enjoys, Goodwill is facing more competition from the likes of online resale stores like ThredUp, Poshmark, the RealReal, and off-price retailers; just a block or so away from the Brooklyn Goodwill are bustling Nordstrom Rack and T.J. Maxx stores, which also offer treasure hunt shopping.

Goodwill NYNJ’s 27 stores, which are in greater New York City, Long island, and the Hudson Valley, do a solid business: last year, they took in $43.1 million. But retail sales have been stuck at around that level for several years. (The organization’s $120 million annual budget is filled out by things like grants and donations.) And without events like galas and fundraisers to supplement its mission of helping people—notably those with autism—find work, a healthy retail offering is essential.

“We are following the trends, too. I need as CEO to be making sure we are competitive in the market, because these stores are our fuel, this helps us do the work that Goodwill is known for,” says the 45 year-old, who took the reins of Goodwill NYNJ five years ago after a career in city government. That included most recently a stint as executive director of the New York Mayor’s Office of Workforce Development, which works to help people find employment.

Initially, Gaul-Stigge and her team fiddled around with an idea of rebranding the interior of the stores as “Curated,” with a sleek logo. That look remains at two Goodwill Manhattan stores and one in New Jersey, and is visible in parts of other stores. But she felt, with customer data to back her up, that the hip signage was overpowering the stores’ message of thrift. (Target ran into this same problem a few years ago when it confused customers with hip marketing that made them feel they couldn’t afford its wares.)

“We are making sure value is front and center,” she says. “We want to it be accessible and fun and stay with our core.”

Prior to becoming CEO of Goodwill NYNJ, Gaul-Stigge’s only retail gig had been at the Gap in her first-ever job. So she has surrounded herself with A-list directors from the world of retail, including executives with experience at big chains like Intermix and Coach.

That, she says, is helping her navigate the biggest crisis in retail’s modern history at a time Goodwill’s mission is as hard to carry out as ever, given massive unemployment.

Her approach has been to manage Goodwill as any CEO would manage a retailer, and lean into advantages such as having been vintage before vintage was cool. It helps that any stigma about shopping at Goodwill is evaporating, especially at this difficult economic time. Gaul-Stigge’s dream scenario is for more people to come in to donate quality items (some 50% of donated items are ultimately resellable) and also to shop, up and down the income spectrum.

“When everyone donates and everyone shops at Goodwill, the engine gets stronger,” says Gaul-Stigge.

And she wants to leverage the long head start she feels Goodwill has in resale and the second life it gives a garment, which she says puts the organization in sync with shoppers’ priorities now.

“Here we have a 100 year old ‘sustainable’ organization,” she says.