Employers must do more to support women during the pandemic, Sheryl Sandberg says 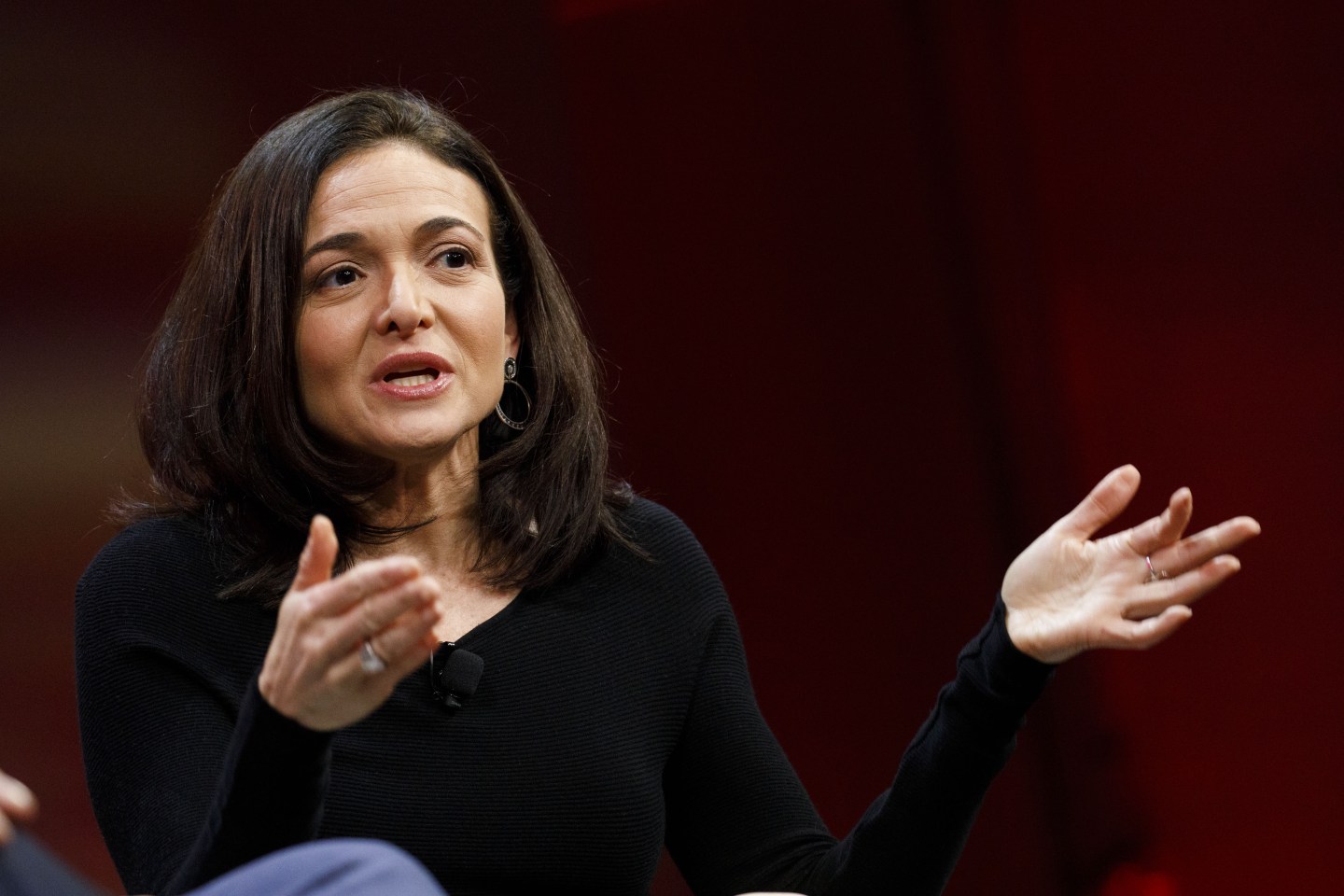 Good morning, Broadsheet readers! The Supreme Court hears oral arguments on employers and birth control, warehouse workers question the essentialness of Rent the Runway, and Sheryl Sandberg says in Fortune that employers must do more to help women during the crisis. Have a productive Thursday.

– Sheryl says step up. Yesterday, Claire wrote about the gendered impact of the coronavirus crisis. Today, we have a different perspective on the same issue, from LeanIn.org co-founders Sheryl Sandberg and Rachel Thomas.

In a Fortune op-ed, Sandberg and Thomas argue that employers must do more to support their female employees who are carrying outsized burdens during the pandemic. The duo have named the phenomenon the “double double shift:” an extra pandemic layer on top of the “double shift” of job and domestic duties than women already shouldered before COVID-19.

Original research from Lean In and SurveyMonkey finds that this burden is manifesting itself physically. One in four women say they are now experiencing severe anxiety with physical symptoms like a racing heartbeat, compared to one in 10 men. Thirty-one percent of women with full-time jobs and families say they have more to do than they can possibly handle, compared to 13% of men.

So, employers must do more to make work flexible, accessible, and supportive during this time. “We know companies are under tremendous financial pressure during this economic downturn, but helping their teams avoid burnout and illness needs to be a priority,” the pair write. “That is how they’ll get the best out of their employees amid all this disruption and retain those workers when the crisis is over.”

Read the rest of Sandberg and Thomas’s op-ed here. The piece is the first in a Fortune series from Lean In about the impact of the coronavirus crisis on women in the workplace, so keep an eye out for the next one in the coming weeks.

- He said, she said. Is home schooling yet another area where women are bearing the brunt of quarantine life? Well, it depends on who you ask: A new poll finds that nearly half of dads with kids under 12 report say they're spending more time educating the kids than their spouse is. Women beg to differ, with just 3% saying that their spouse is doing more. New York Times

- Happy anniversary? This weekend will mark 60 years since the Food and Drug Administration approved the first birth control pill in the U.S. That milestone arrives as the Supreme Court is set to rule on Trump v. Pennsylvania, a case that could give employers more latitude to refuse to cover contraception for their employees; Ruth Bader Ginsburg weighed in on the case from her hospital bed yesterday. Planned Parenthood acting president Alexis McGill Johnson writes about the issue here: Elle

-Big bailout for tiny businesses. Sen. Kamala Harris and Rep. Ayanna Pressley collaborated on a bill that will specifically help the smallest American businesses. The Saving Our Street Act would provide grants up to $250,000 to businesses with fewer than 10 employees. Vox

- Rental safety. Rent the Runway warehouse employees worried about their safety question why the clothing rental service is still operating, under what they call the "loophole" of being considered a fulfillment center. "We will do everything we can to protect our teams and offer them continued employment opportunities while ensuring the short and long term future of our business," CEO Jennifer Hyman said in a statement. HuffPost

- Trucking along. General Motors, led by CEO Mary Barra, posted stronger earnings this quarter than Ford and other competitors. The company credited the numbers to restructuring before the pandemic hit and strong trucks sales; parts of the country where GM does the most trucks business have been less affected by the crisis and stay-at-home orders. Wall Street Journal

- Filling the Gap. Gap Inc. plans to reopen 800 stores by the end of the month, with a strategy that CEO Sonia Syngal calls being "responsibly aggressive." The retailer is taking cues from Asia, where it's already reopened 250 stores, and argues that consumers will look to Old Navy, especially, for activewear and other at-home wardrobe staples. New York Times

- Parting gift. When Kelly Loeffler left her position at Intercontinental Exchange to become a senator in December, the company altered the terms of its stock awards to allow her to keep about $9 million that she otherwise would have forfeited. This piece examines her finances—she's the wealthiest member of the Senate—after concerns over coronavirus-related stock trades: New York Times

Normal People has a Marianne problem The Cut

Few lesbian bars remain in the U.S. Will they survive COVID-19? NBC News

How 'Karen' became a coronavirus villain The Atlantic

"I support this kind of competition."