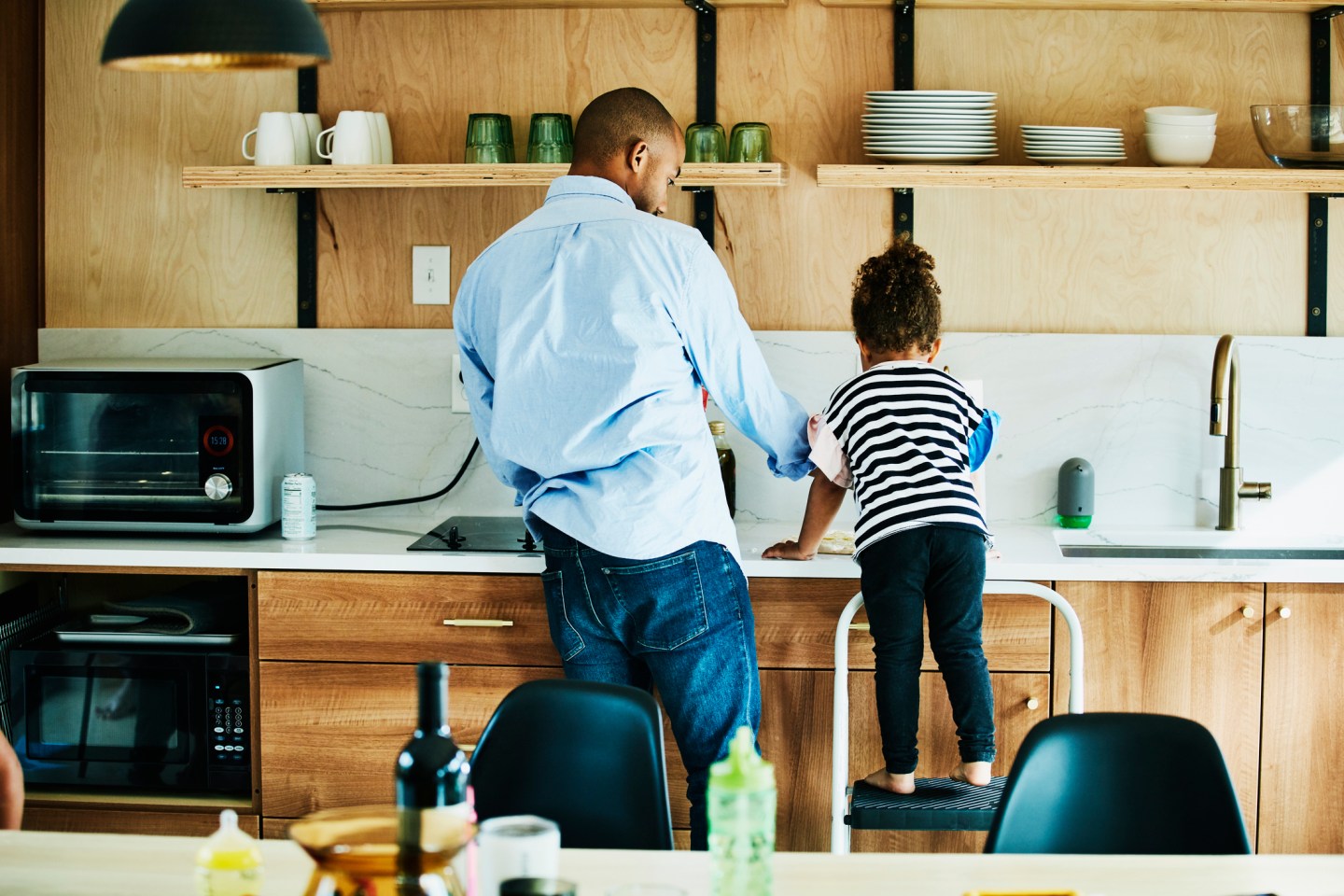 Good morning, Broadsheet readers! Michelle Obama will address the class of 2020, the special election for Katie Hill’s seat is set to provide some insight into November, and we examine the pandemic’s potential effect on gender equality. Have a nice Wednesday.

– COVID’s division of labor. The Broadsheet has written a lot in recent weeks about how the coronavirus crisis is hurting women—from spikes in domestic violence, to the potential rollback of diversity initiatives, to the considerable share of women thinking of quitting their jobs. Today we have more promising news.

Research by the National Bureau of Economic Research last month examines how the COVID-19 pandemic will impact gender equality. Indeed, there are some sobering conclusions: overall, “the COVID-19 shock is likely to place a disproportionate burden on women.”

But the working paper also offers some hope: a few “counteracting forces,” it says, “may promote gender equality during the recovery from the current crisis.”

The “force” that caught my eye was the division of household labor, as delegated by the pandemic. Widespread lockdowns, in which children and “non-essential” workers are home, is requiring some fathers to shoulder additional childcare and home-schooling duties. In some cases, they’ve even become the primary care provider; 9% of U.S. households feature a wife who’s in a “critical occupation,” like a medical doctor, and a husband who’s not.

What will come of this kind of arrangement? The paper says past research on paternity leave provides some clues. In Spain and Germany, the introduction of paternity leave led to a persistent increase in fathers’ involvement in childcare.

You might recall that the division of household labor is a trouble spot when it comes to reaching equality, with the share of unpaid labor carried out by young men and women largely reflecting that of past generations; women still do too much at home, men still do too little. The disparity harms other aspects of women’s equality, with the extra time women spend on such duties contributing to gender pay and promotion gaps.

We’re years way from understanding the trickle-down effects of the pandemic, but the researchers are hopeful it’ll move the needle in this regard. “[E]ven while women carry a higher burden during the crisis,” the researchers write, “it is still highly likely that we will observe a sizeable impact of this forced experiment on social norms, and ultimately on gender equality, in the near future.”

History, for one, is on their side. They draw a parallel to World War II, “the last major shock to women in the labor market” that saw millions of women enter the workforce. The WWII experience “suggests that temporary changes to the division of labor between the sexes have long-run effects.”

- Get well soon. Supreme Court Justice Ruth Bader Ginsburg is in the hospital after undergoing treatment for a benign gallbladder condition. She's calling into oral arguments from the hospital and expects to be home in one or two days. CNN

- Special election. The special election to fill former Rep. Katie Hill's seat in California is set for May 12, with the race playing out during the state's lockdown. Democratic candidate Christy Smith is competing against the Trump-endorsed Mike Garcia; the contest is seen by some as a preview of what to expect in November. New York Times

- Class of 2020. It's the battle of the commencements! With Oprah Winfrey set to address the class of 2020 on Facebook, Michelle and Barack Obama will now deliver speeches that will air on YouTube and several television networks. The virtual celebration will follow today's premiere of the Michelle Obama Netflix documentary Becoming, in which Sasha and Malia Obama give their first interviews.

- Tinder uptick. In the first full-quarter earnings report of CEO Sharmistha Dubey's tenure, Match Group said it's seen "a noticeable increase in activity among users, especially those under the age of 30" on Tinder during the time period including quarantine. But Tinder users aren't spending as much on purchases and higher-priced plans during the economic downturn. Marketwatch

- Couples counseling. Has there ever been a time when the world was more in need of Esther Perel? The couples therapist weighs in on "what happens to couples under stress" in this interview. The New Yorker

- Navajo Nation outbreak. The coronavirus outbreak outside the Navajo Nation—the country's largest Indian reservation—is so severe that New Mexico Governor Michelle Lujan Grisham invoked the state's Riot Control Act to fully lock down the entire city of Gallup. The city is just outside the boundaries of the reservation and is an economic center for its residents; people's refusal to follow social distancing orders there had created tension with tribal leadership attempting to control the spread. New York Times

- Lifestyle guru. Joanna Gaines is known for Fixer Upper, but one achievement has slipped under the radar: she's the first Asian-American woman to have a mass-market lifestyle brand. New York Times

Is this pandemic the end of perfection? Refinery29

"I want to deserve to be here, and that’s part of what keeps me up at night."