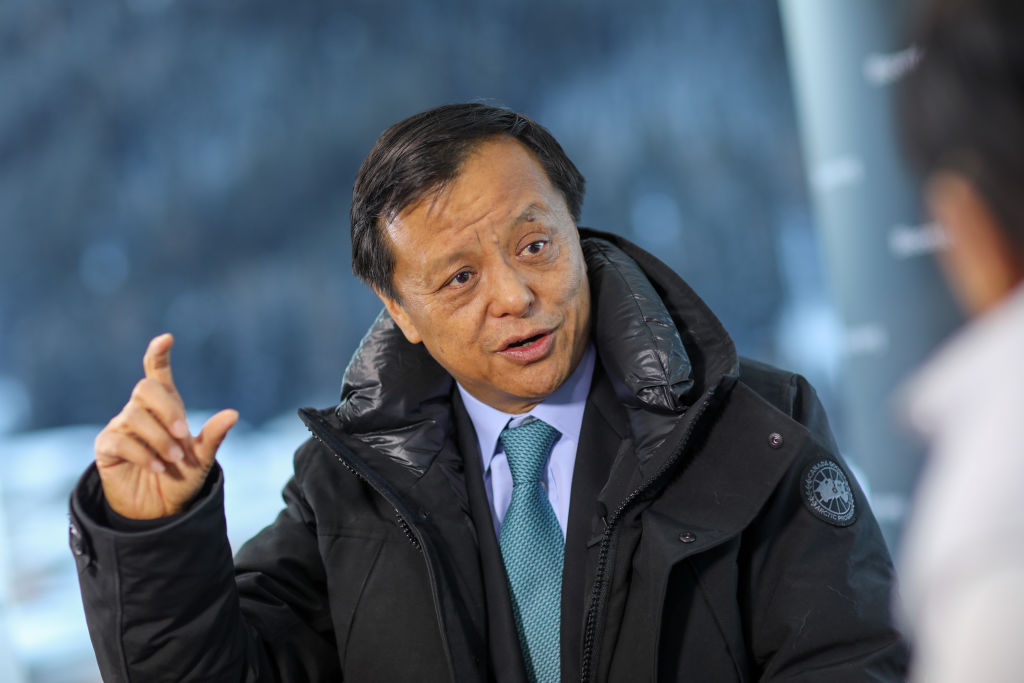 Hong Kong Exchanges & Clearing Ltd. Chief Executive Officer Charles Li said he’s stepping down after 10 years, adding his departure to the rising challenges for the bourse at a turbulent time for the financial hub.

The 59-year-old will continue to lead the exchange until his contract expires in October next year, or leave earlier if a replacement is found, according to a filing. HKEX Chairman Laura Cha praised his leadership and thanked him “for giving us as much time as possible to ensure a smooth transition.”

Li doubled revenue since taking over, earning the moniker “Mr. China” for tying the bourse closer to the mainland. Still, a failed bid to takeover the London Stock Exchange last year stands as a misstep. The Asian exchange now faces mounting headwinds with political unrest and a deep economic slump in its home city. A push by China to build up its own exchanges is a challenge to Hong Kong’s role as the main financing hub for Chinese companies.

“He has done very well in building our foundation,” said Christopher Cheung, a lawmaker for the financial services sector. “His leaving will certainly bring a shock to HKEX in this turbulent time, with unfinished tasks to lure U.S.-listed Chinese stocks to come back to Hong Kong, and the challenge from Macau to develop a financial center.”

A former banker, Li has championed several key market reforms as well as pursued acquisitions. Before falling short in his attempt to buy the LSE in 2019, he engineered a deal for the U.K. capital’s metal exchange in 2012. He was instrumental in linking the exchange with bourses in Shanghai and Shenzhen, allowing stock trading with the mainland, a program that now contributes about 10% of its revenue.

The bourse on Thursday reported a 13% drop in net income to HK$2.26 billion, missing an estimate of HK$2.77 billion. Still, core revenue rose 19% amid a trading boom and it retained its top spot globally for the number of initial public offerings. The severe market turmoil drove its investments into the red, after a $882 million gain a year earlier.

But trading is already cooling. And as volatility fades, there could be a “sharp reduction” in revenue and earnings for the exchange, Goldman Sachs Group Inc. said in a report last month. Declining volatility and reduced income from investments will be “double headwinds for revenue” this year, the U.S. bank said.

China’s increasingly assertive stance toward Hong Kong is raising doubts about the exchange’s push to expand its landmark Stock Connect program, which allows trading of stocks between the city and Shanghai and Shenzhen. Li said in February that one needs to “be realistic” on expecting progress on big market initiatives due to virus outbreak.

One sticking point is whether to include in the Stock Connect shares like Alibaba Group Holding Ltd., which are dual listed and allowing weighted voting rights.

The program delivered record revenue for the exchange of HK$404 million, up 74% from a year earlier as both northbound and southbound trading jumped to all-time highs.

The CEO in November was forced to apologize after saying the civil unrest that gripped the city last year had exposed a fault in the former British colony’s “one country two systems” framework for the city’s return to Chinese rule in 1997. He said he had been misinterpreted, calling himself “the biggest supporter” of the system.

Born in Beijing, Li grew up in the northwestern Gansu province during the Cultural Revolution. He worked on an oil rig and then studied English Literature in China and later earned a law degree at Columbia University. A few years of working at law firms, were followed by 16 years in banking: first at Merrill Lynch & Co. and then JPMorgan Chase & Co., where he was China chairman when he joined HKEX in 2009.

He was both the first Chinese national and the first investment banker to lead the bourse. Besides the links to China, Li also pushed through major listing reforms to allow companies with weighted voting rights and biotech companies still in the research stage to list. HKEX is now the second largest listing hub for biotechnology firms. The reforms brought Chinese tech giants like Xiaomi Corp., Meituan Dianping and Alibaba to the city.

In a memo to staff, Li said that his tenure was “simply the most exciting and most rewarding time of my life.”

He decided to notify the board with more than one year’s time left so that “clarity of direction can help maintain confidence and continuity.”

Speculation will now grow on what his next move will be. There’s plenty of opportunity for experienced Chinese executives with a foot on Wall Street as China this year is opening its financial market fully to foreign ownership, with the likes of Goldman and JPMorgan piling in with capital.

—Inside China’s reopening: 7 personal stories of life after lockdown
—Saving lives vs. saving the economy is a false tradeoff, economists say
—Photo essay: How the world has overcome pandemics over the last century
—Coronavirus could spread in prisons where censored journalists are detained
—PODCAST: How Marc Benioff is helping out during the coronavirus pandemic
—WATCH: The global crisis in recycling