The Philadelphia brewery born with a social conscience 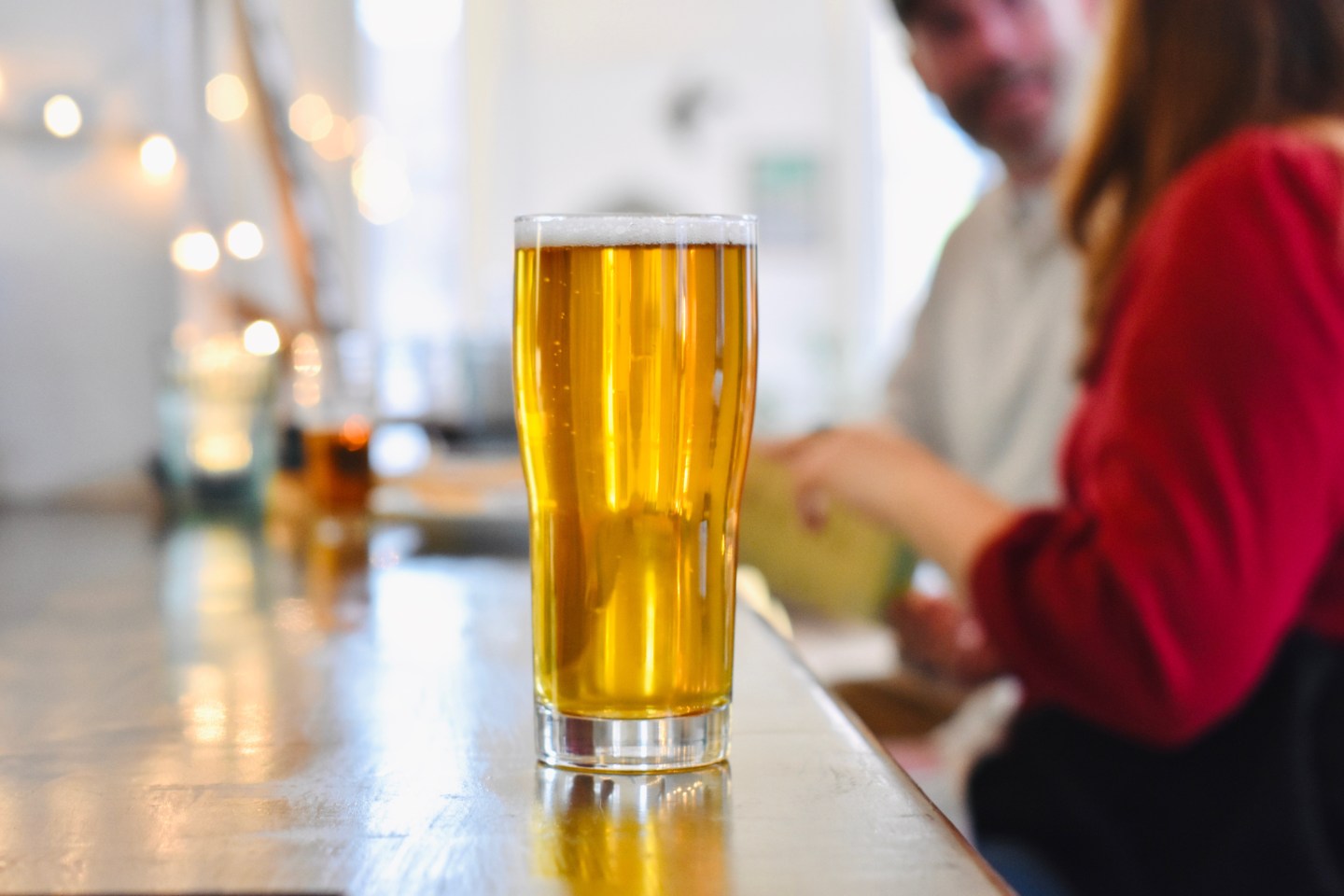 Craft beer continues to be a booming business in America. According to the Brewers Association, the number of breweries nationwide has nearly doubled in just four years, from 3,814 in 2014 to over 7,300 in 2018. And while so many seem to start in the same way—a group of friends go from home brewing beer in their garage to opening a proper brewery—Tess Hart and her husband, Bill Popwell, had a different approach.

The couple were drinking a beer in Chile’s oldest brewery, Cervecería Austral, when they got the idea to start their own business. It wasn’t the taste of the beer that led to the inspiration, but rather the feeling they got from being inside the brewery. “The experience of community we felt transcended borders and languages,” Hart says. “There was something so unifying about sharing a beer together.” Last fall, Hart and Popwell, along with brewer Kyle Carney, founded Philadelphia’s first triple-bottom-line brewery, Triple Bottom Brewing, which puts as much importance on community and the environment as it does on profit.

The pair met at Brown University, and while Popwell went on to work for AmeriCorps, Hart worked in community and economic development for nonprofits and a strategy consulting firm. After visiting craft breweries on days off, and whenever they traveled, an idea took root.

“It’s not just the beer, it’s about the environment,” Hart says. “People go there looking for a story, not just a drink. And they start to connect with each other.”

Triple Bottom Brewery was founded and is run by Tess Hart along with two partners: her husband, Bill Popwell, and brewer Kyle Carney, who has a degree in brewing and distilling, plus experience at respected craft breweries like San Diego’s Stone Brewing.
Tess Hart

Hart and Popwell saw breweries and community development as intertwined. They envisioned a for-profit business that also supported society and the environment. The couple both got MBAs at Yale, and Hart continued to flesh out the idea during one of her classes. She got an overwhelmingly positive response from her classmates. “We were creating something that made it so easy for people to feel like they were participating in a positive impact without really changing their lifestyles,” Hart says.

They chose to pursue the business in Philadelphia, partly because Hart grew up in the area and partly because, at the time, the city had the highest poverty rate of any major city—as well as the fastest growing millennial population. (Though Philadelphia is no longer home to the fastest-growing millennial population, it remains among the poorest big cities in America, according to a study by Pew Charitable Trusts.)

“It’s so crazy that those could coexist in the same place and really just not intersect,” says Hart. “These two trends were happening independently of each other and there was this feeling of Philly on the rise, but we still had so many people who were not a part of that.” The business they envisioned would speak to people who have been shut out of opportunity, bringing them into the fold through jobs, and it would also speak to the spirit of growth and excitement that was attracting an increasing millennial population. “We wanted to bring those two experiences together in a way that we weren’t really seeing elsewhere.”

In 2016, even before securing a space for their brewery, Hart and Popwell began to meet with community leaders and organizations to learn about the neighborhood and discuss partnerships. Today, Triple Bottom works with three “fair chance” employment partners—Project HOME, the Mural Arts Restorative Justice Program, and the Youth Sentencing & Reentry Project—for help hiring and supporting their team. That team, including part-time employees, gets paid time off. Employees can also take part in a new 10-week internship program, in which team members can learn new skills, like digital marketing or event planning.

As the environment is one prong in the triple bottom line, the company is also focused on sustainability practices. The brewery is powered entirely by renewable energy. Hart and Popwell installed a wastewater treatment system that minimizes the impact of their brewery wastewater, and they either compost or donate spent grain—a byproduct of brewing beer—to farmers. Hart says most initiatives on their wish list are very expensive and are still on the agenda.

Though the company focuses on more than just profit and brewing, its lineup of beer is as impressive as it should be for this idea to work. Brewer Kyle Carney previously worked at Stone Brewing Company in San Diego and Pennsylvania’s Weyerbacher before joining the Triple Bottom team.

Instead of taking inspiration from a passion for home brewing, Hart says she was driven to start a company that focused on three things: beer, people, and planet.
Tess Hart

Less than six months in, the lofty, light space is filled with neighbors drinking pints of beer that all have names that are a nod to Philadelphia culture. A hazy New England IPA is called Training Montage in reference to Rocky, and Random Drumline, the Belgian farmhouse ale, is named after a distinctly Philly phenomenon of a haphazard parade of percussionists, usually with someone dressed in an Elmo costume.

And while Triple Bottom is one of the very few businesses in Philadelphia to operate on this model, the brewers don’t want to be an outlier for long. “Our hope is that this sort of becomes business as usual,” Hart says. “It’s why we are a for-profit business, because we want to show that you can do this and be a success.”