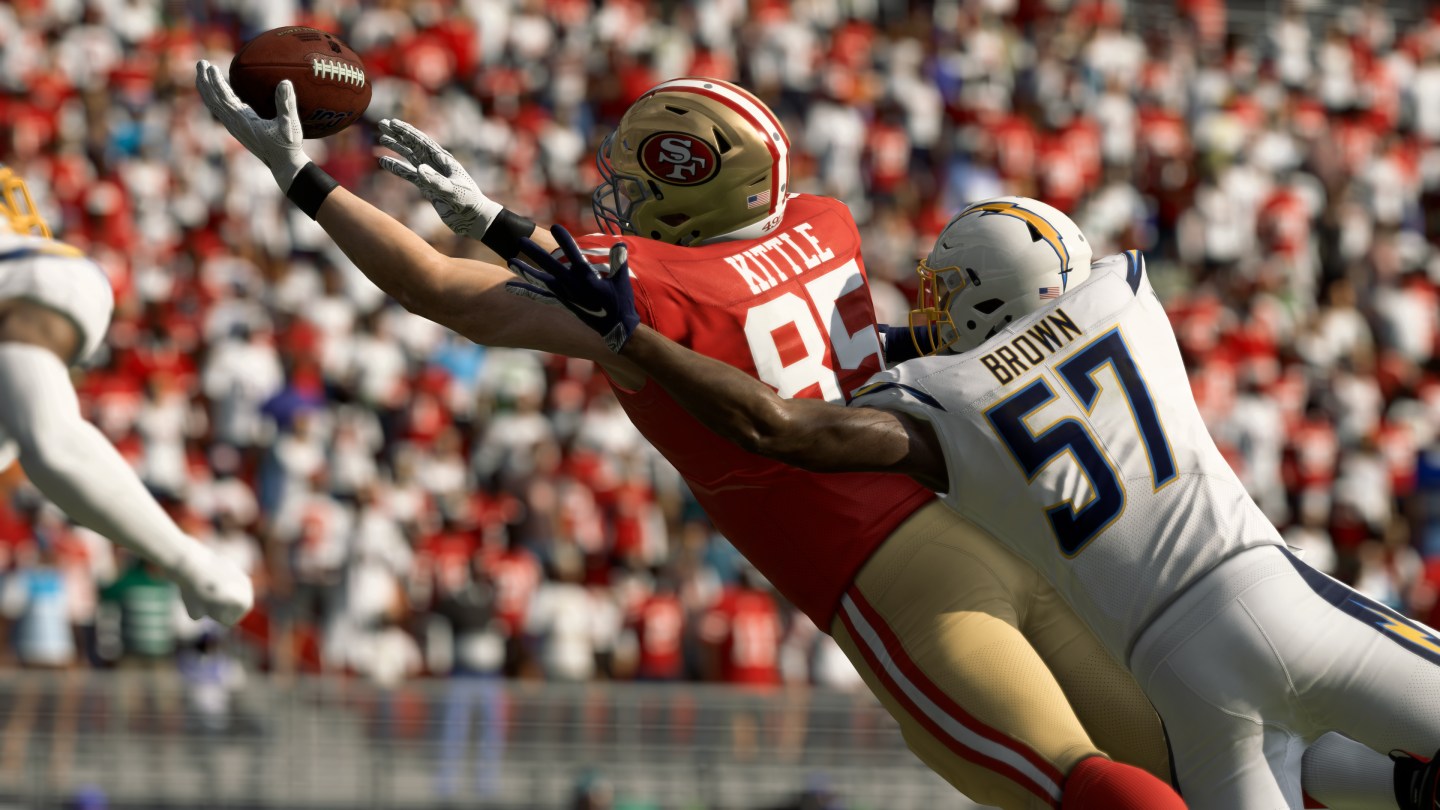 Take-Two Interactive Software, which got out of the business of making NFL games in 2004, is back on the gridiron, announcing a new deal with the league Tuesday morning. But don’t expect EA’s Madden series to take a hit.

The agreement specifically covers “non-simulation football game experiences,” meaning the publisher’s 2K Sports division won’t be able to create a game to compete with Madden. That’s bound to be disappointing to fans who remember the battle of those two brands in the early part of the 21st Century.

Take-Two’s first NFL game will launch in 2021. The company did not provide details about what it has in mind for that title.

“Non-simulation” gives Take-Two a lot of leeway. It can create a more action-focused arcade game (like Midway’s NFL Blitz or EA’s own Mutant League Football) or it could explore the league from a coach’s perspective, or it could focus on the mobile market. But the big money in NFL games is in simulations. That’s why EA paid big to sign an exclusive agreement with the NFL in late 2004.

And because Take-Two can’t compete on that field, analysts say the NFL deal probably won’t add a lot to the company’s bottom line.

“We think Take-Two’s games have extremely low potential to generate significant revenue,” said Michael Pachter of Wedbush Securities. “Take-Two may craft a compelling lifestyle game based on the NFL, but we think such an effort is unlikely to challenge video game fans sufficiently to generate meaningful revenues.”

EA, which downplayed the announcement in a press release, is unlikely to give up its exclusivity on simulation games anytime soon, either. Its current agreement with the NFL and NFL Players Association (which Take-Two did not announce a deal with) is set to expire in 2022. And both Pachter and Niko Partners’ Daniel Ahmad expect the deals to be renewed.

Getting fully back into the NFL simulation game would be extremely expensive for Take-Two. One of the chief expenses in sports games is the cost to render the players’ likenesses-in other words, to create lifelike animated facial models, which give in-game players a photo-realistic appearance. Take-Two would have to start from scratch to build that database.