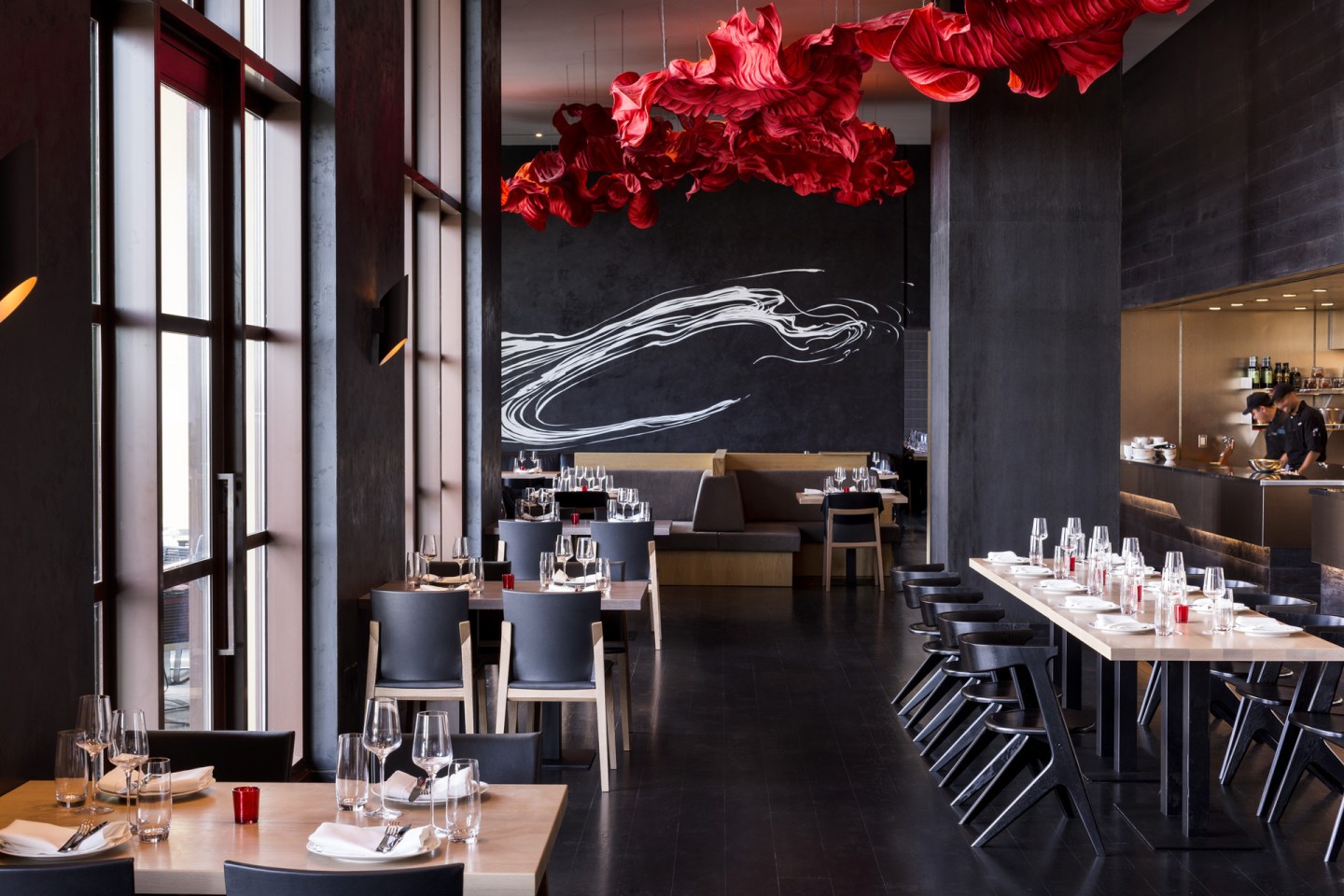 Capa, in the Four Seasons Orlando, is an oasis in the midst of Disney’s magical madness.
Courtesy of Four Seasons Resort Orlando

Walt Disney World, while one of the most popular vacation destinations in the country, isn’t known for the strength of its culinary offerings. Sure, a frosty pineapple Dole Whip is a welcome break from braving epic lines in Orlando’s characteristically swampy heat, but mostly the food is fast, fried, and regrettable—Frisbee-size waffles cemented with thick layers of Nutella, portable turkey legs fit for Fred Flintstone, Mickey ears in every variation of sugared, frosted, and chocolate-shellacked.

For a truly memorable meal, head east of the Magic Kingdom, about halfway between Disney’s Port Orleans resort and Fort Wilderness campground, to the Four Seasons Orlando. In the midst of all the magical madness, one of the city’s best restaurants is an oasis on the 17th floor.

Capa—led by Paris-born chef Gabriel Massip, whose résumé includes kitchens from New York City to Melbourne—is part steakhouse, part Spanish tapas restaurant. “Our team comes from different backgrounds and ethnicities, and this is where we get our inspiration,” Massip says.

Steaks, sourced from South Dakota, are aged for 40 days and cooked over the wood-fire grill. Spanish charcuterie includes sausage, house-cured in the resort’s butcher shop, and Cinco Jotas, the prized acorn-fed, 100% Ibérico ham that can only be found in a handful of restaurants in the country.

Though it’s located within the Walt Disney World resort, only about a 15-minute shuttle ride from the Magic Kingdom, a stay at the Four Seasons Orlando can feel like an entirely different kind of vacation. The only AAA Five Diamond resort in the state, plush rooms and suites offer verdant views of the surrounding forest and wetlands, and a five-acre water park has one peaceful, adults-only pool. Guests get the official perks of staying on a Disney property, including Extra Magic Hours and the ability to book FastPass up to 60 days before the trip, and touches of the iconic brand throughout the resort—like the highly civilized “Goofy and Pals” character breakfast—are sporadic reminders that you’re still in the eye of the Disney hurricane.

Another reminder, for those paying attention, is on Capa’s dessert menu. In a subtle nod to the popular park treat, executive pastry chef Rabii Saber added his deluxe take on churros. “Other restaurants in Orlando may have churros, [like in] the theme parks, but ours are different,” notes Saber, who was a James Beard Award semifinalist for outstanding pastry chef in 2019. One difference in Capa’s Churros de Madrid, Saber’s take on the classic Spanish dessert, is in the quality of the ingredients. Hot, fried dough is rolled in vanilla bean sugar and served with single-origin chocolate sauce and made-from-scratch dulce de leche caramel sauce.

Additional hints that the restaurant is firmly planted in Disney World can be found on the restaurant’s robust kids’ menu. Right below toddler hits like mac and cheese and chicken fingers, a roster of gourmet options include olive oil–poached fish, roasted chicken with chorizo and truffle, and cocas, Catalan flatbread pastries topped with, in this case, sautéed tomatoes and peppers and smoked goat cheese. According to the executive chef, the kids entrées should be “as amazing as the adult entrées.”

Besides the thoughtful food menu, Capa shines in the drinks department, with a lineup of Spanish-inspired cocktails that have their own cult following. The Capa GinTonic, for example, is made with Caorunn gin from Scotland mixed with Fever-Tree tonic and infused with juniper berries, key lime, and edible marigolds. The cocktail—a colorful panacea for a hot, hectic park day—has been on the menu since the restaurant opened, thanks to Joe Cleveland, who worked with chef José Andrés at Washington, D.C.’s two-Michelin-star Minibar before developing Capa’s cocktail menu.

The award-winning wine list showcases bottles from around the world. And with the restaurant’s Coravin program (the genius device that pours wine without uncorking), Vega Sicilia Unico and Numanthia Termanthia from Spain, Château d’Yquem 1997 from Bordeaux, and premium Champagnes like Krug, Dom Pérignon 2006, and Louis Roederer Cristal 2007 are all offered by the glass.

While most revelers are at the park, queuing up to watch the show well in advance of the first pop, the best seats for fireworks are on the Capa balcony.
Courtesy of Four Seasons Resort Orlando

A glass of Champagne on the 31-seat outdoor terrace proves a perfect way to start the evening. Inside Capa’s dining room, black banquettes, dark wood, and striking artwork, including a dynamic red installation by Dutch artist Peter Gentenaar, conjure a sophisticated sensibility. At the end of the meal, there’s one last dazzling reminder that you’re in Disney World: a brilliant, booming finale as the fireworks launch above the Magic Kingdom at 8 p.m. sharp.