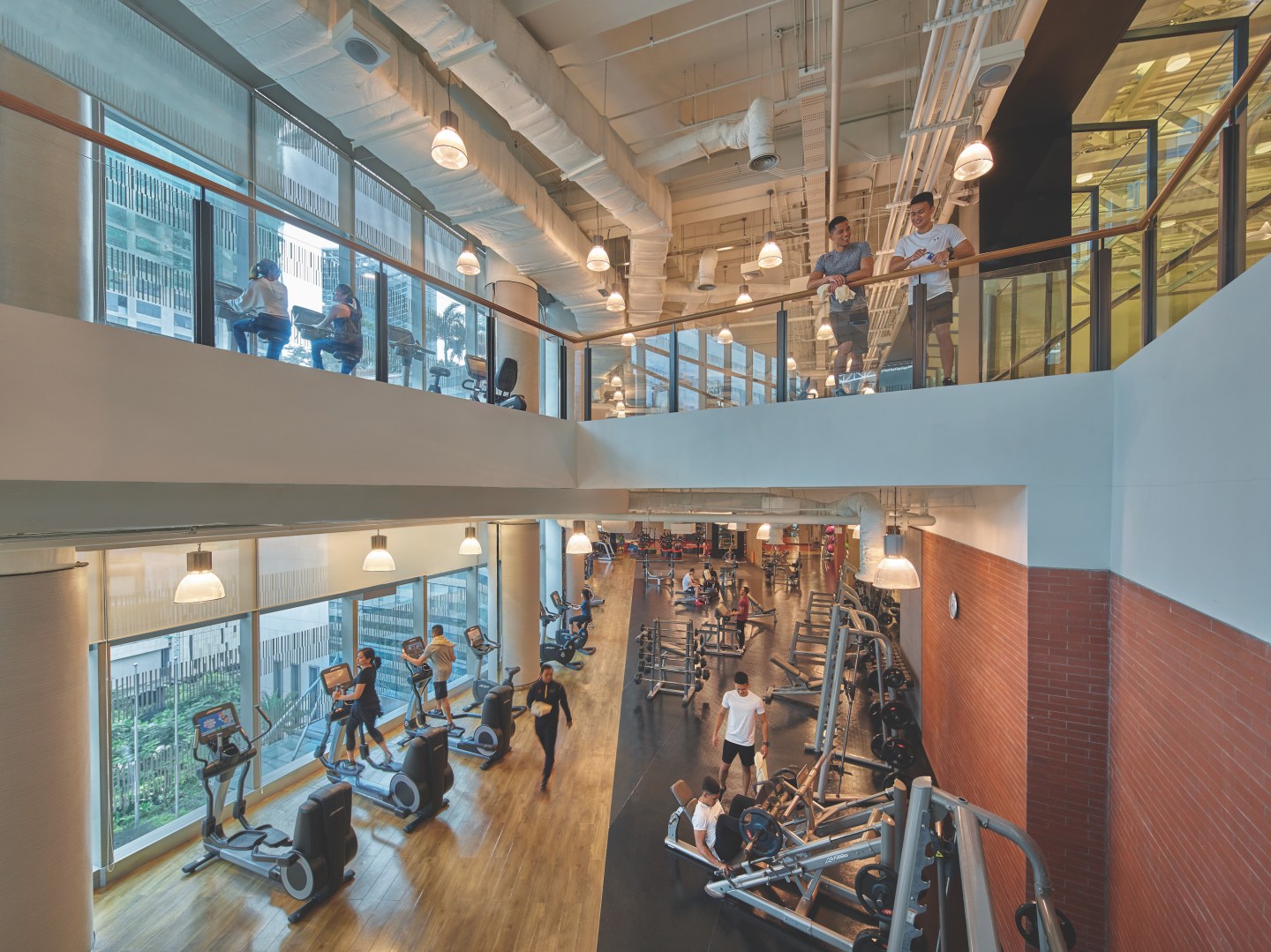 Hotel gyms have come a long way. In the past, a hotel may consider the gym an afterthought in its otherwise grand plans. Even supremely luxurious hospitality brands wouldn’t commit to much more than windowless rooms that might have a smattering of weights to complement a couple of treadmills.

But in today’s world, when wellness has become top of mind for many travelers, those windowless rooms simply won’t do. In response, the world’s best hoteliers are elevating their fitness offering with gyms bigger, more comprehensive, and more high-tech than before.

The summer 2019 opening of Equinox’s first hotel only serves to underscore the vital role fitness now plays in hospitality.  When Equinox Hotels Hudson Yards (from $700 per night) was unveiled, it included a 60,000-square-foot Equinox Fitness Club next to it. (It’s the world’s largest Equinox gym.) Technically, it’s not inside the hotel; but overnight guests have full access to the club during their stay. And considering what membership entails (fitness classes, pools, and even a group run up and down the Vessel before it opens to the public), it’s a significant amenity that would seduce the most ardent fitness enthusiast.

Shangri-La at The Fort Manila
Shangri-La Hotels and Resorts

In 2011, Hong Kong-based Shangri-La Hotels and Resorts introduced its Kerry Hotels offshoot in Shanghai and Beijing, which were outfitted with the equally brand-new Kerry Sports concept, adjacent clubs offering thoughtful fitness programs free to hotel guests and available to the public via membership.

The 2017 opening of the 576-room Shangri-La at the Fort (from $222 per night) saw the third location of Kerry Sports—this time a multi-floor complex that measures over 86,000 square feet. Workout spaces that stock 90 units of professional-grade equipment, an 82-foot lap pool, an NBA-grade indoor basketball court, tennis courts, squash courts, and studios for yoga, Pilates, spin, boxing, and mixed martial arts are just some of the amenities that make this a destination unto itself.

“Over the years, guest expectations [of hotel gyms] have shifted dramatically,” says David Gutstadt, founder of Fitler Club, a recently opened membership club in Philadelphia. Those booked into any of its 14 design-driven hotel rooms (from $400 per night) become members during their stay. “We’ve learned that maintaining routine makes travel easier while improving mood and performance,” he explains. And thus, “the better the gym, the happier the guests.”

So Gutstadt, who was involved with conceptualizing Equinox Hotels before striking out on his own, developed the 25,000 square-foot Field House to deliver that heightened fitness experience to Fitler Club. Because the hotel makes up only a portion of the club’s operations, the fitness program is foremost an amenity for club members. It’s all about a world-class workout here—from the climbing wall to the hot-and-cold plunge pools to the expert private trainers to the variety of classes. “All of this happens in a very exclusive and elevated environment,” Gutstadt adds. “There is no waiting for machines or fighting for floor space.”

Temporary members are invited to become part of that world. For travelers who crave a local connection while on the road, going to a gym that is also attended by the local community remains a compelling perk. “Going into an empty hotel gym at 6 a.m. is far from inspiring,” Gutstadt says. “Immersing in an activated club is much more energizing.” (Plus, a gym that is generating its own revenue—whether hotel guests use it or not—could be a successful business strategy if the company has a product that can compete with existing fitness centers.)

But for some travelers, even if the gym is as fully fleshed out as the aforementioned, getting in there could still require herculean effort as far as finding motivation is concerned. And that’s why some hotels have cut out the middleman, by putting mini-gyms in some of their rooms. At that point, there’s no excuse for missing a workout. In 2017, Hilton Hotels & Resorts announced Five Feet to Fitness, a brand-wide initiative putting workout equipment within arm’s reach of its guests—20,000 of whom were surveyed to determine how Hilton will elevate its in-hotel fitness amenities.

“Before we launched, we tested several different types of rooms—such as a room with a yoga mat and ball as well as a room with a spin bike,” says Teresa Flyger, director of global brand wellness at Hilton. “But guests said that wasn’t sufficient and that they wouldn’t pay a premium for a room that was set up for a single activity. We found that they wanted a more integrated workout experience, which led us to create what is now known as Five Feet to Fitness, a full-fledged in-room gym with 11 different fitness equipment and accessory options.”

Over 20 hotels across Hilton’s portfolio—from Parc 55 San Francisco to Hilton Shanghai Hongqiaocome—with this new room category with plans to expand to many more. A Gym Rax storage bay is filled up with various accessories, including mats, weights, TRX straps, and more. There’s also a touchscreen kiosk loaded with over 200 exercise tutorials and fitness classes.

Similarly, in 2016, Swissotel unveiled the Vitality Suite in its Zürich property. This has since been fleshed out to Chicago and Singapore, which is home to six of the eight suites. The Chicago iteration (from $1,200 per night) is especially robust. The 1,700 square-foot retreat comes with a Wellbeing Wall, which is furnished with a Peloton bike, a rowing machine, and weights. But with that much space, guests here can also book private in-room sessions with yoga instructors and the hotel’s personal trainer.

The Chicago location’s Vitaly Suite, however, was built for a more holistic wellness experience with specific amenities, such as pajamas made from particular textiles designed to moderate body temperature and alleviate restlessness. After all, spending all that time lifting weights won’t count for much if someone’s not getting enough sleep.