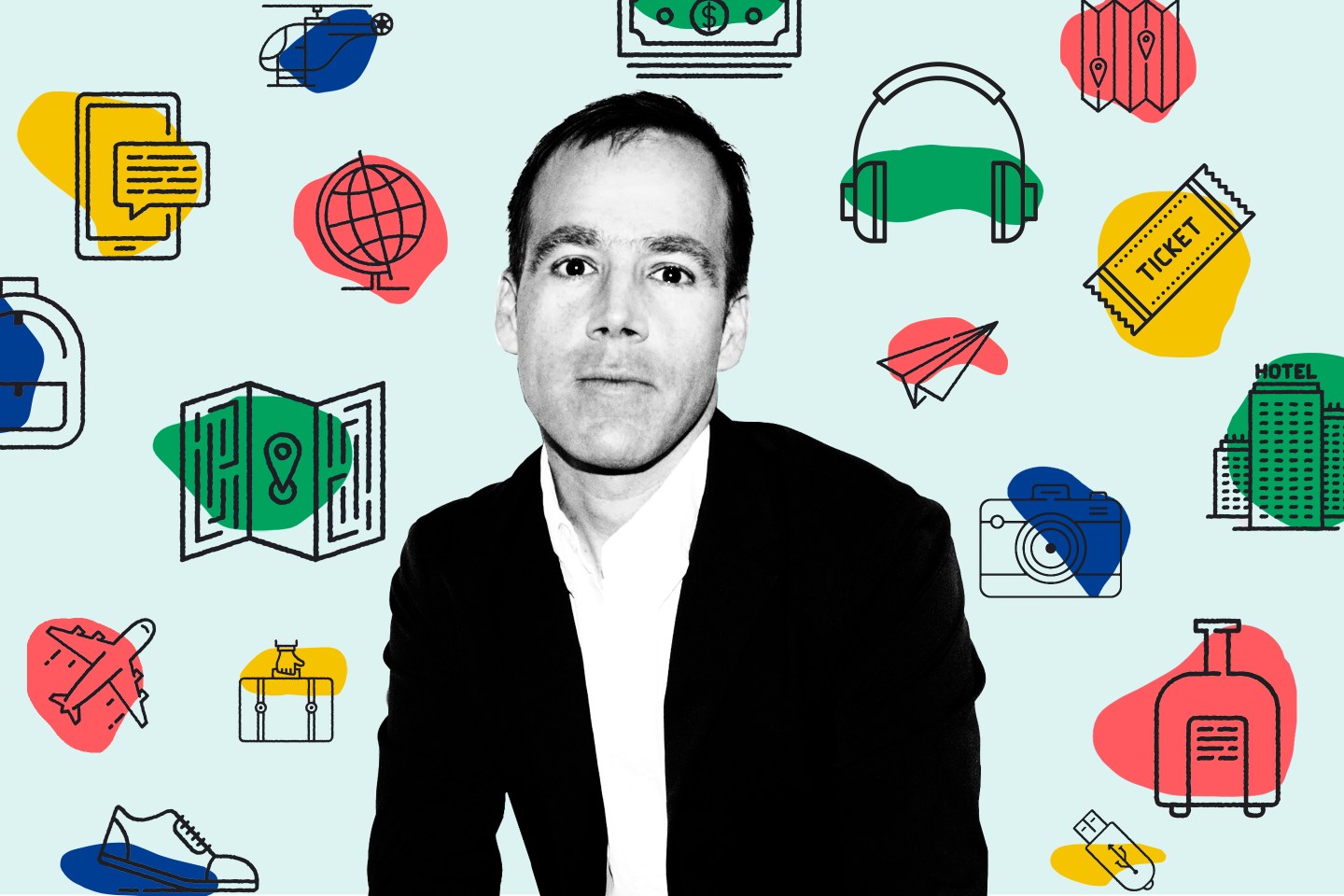 Ask Beats president Luke Wood the most random of questions in jest—which animal he sees himself most similar to—and the answer comes to him quite easily.

“I tend to move like a shark,” says Wood. “I just always move, because I think it is just, it’s habitual for me. It goes back to being in a band when I started when I was 14, getting in a van and going on tour—and I just kind of never stopped going on tour.”

That’s not to say that Wood, who lives with his wife, Sophia Nardin, and two daughters in Los Angeles, isn’t a constant presence for his family. But travel remains an integral part of the job for Beats’ president, who spent nearly two decades as an executive in the music industry at record labels such as Interscope, DGC, and DreamWorks Records before joining Beats in 2011.

In the years since, Beats became as iconic an audio brand as Bose but retained its hipper appeal to younger generations of music listeners—even after Apple’s $3 billion acquisition of the audio business in 2014.

For that, thank the tireless Wood, who has spent a good chunk of the past nine years championing the Beats brand in different countries and helping sign up musicians and artists for design collaborations, from DJ Khaled to designer Alexander Wang and French luxury fashion house Balmain. (Indeed, when Fortune recently sat down with him, Wood had just returned from Shanghai, where Beats has offices.)

Here, in Wood’s words, are the five things this executive jet-setter never travels without:

“I love soft goods from Japan,” Wood says. “This bag is from Nanamica, which makes beautiful and functional technical outerwear and other stuff. This bag has a rolled reversible canvas top, which comes in handy for last-minute expansion when I’m traveling home and my shopping has gotten out of hand.” SRP: $302.

“When I first started playing guitar, I was a little too aggressive and would break strings several times during a show. This quickly led me to find superlight guitar picks, which I have stuck with to this day. I have found if you ask if there’s a guitar around, someone usually finds you one, but you don’t want to push your luck by asking for a certain spec of Tortex pick.” SRP: $3.31 for a 12-pack.

“This is a bandage invented for the care of surgical incisions,” Wood notes. “I have found myself occasionally (usually from a skateboard or mountain bike crash) in need of serious bandages that sit well under a suit, and these are the best I have found. No infection, quick healing, and you don’t look like a mummy.” SRP: $6.29 for a six-pack.

“I use a Head Porter (recently rebranded Ramidus) card case as a wallet,” Wood says. “It is remarkably efficient in that it forces me to carry very little of anything in my wallet, which is especially good when I lose my wallet.” SRP: $35.

“I am a huge fan of Apple Music and an even bigger fan of offline mode for when you are on an airplane and have no Internet connection. I cache vast amounts of music offline, putting the 512GB hard drive to good use. You never know when the mood will require Bad Bunny or Bad Brains, so it is better to be prepared. I think I have over 116 days of listening without repeating one song—about the same amount of time it takes to get from Logan to LaGuardia in the winter. I am also, of course, addicted to traveling with three Beats products. I use the Solo Pro as the perfect noise canceling travel headphone, PowerBeats Pro for running, and Beats Pill+ for hotel room listening.  The Pill+ speaker is a remarkably versatile speaker that can fill surprisingly large spaces but still allow music to feel intimate and emotional.” SRP: $9.99 per month for an Apple Music subscription; $179–$249 for Beats headphones.